The persistent perception of our community is that people of African heritage who live here are a separate and distinct set of aliens corralled in an area lent to them because providing them with solid ground under their feet is Christian charity compared with leaving them to be swallowed up by the open sea.

Inside a corral this livestock ought to gratefully behave like placid cows.

Due to whatever odd miracle of political convenience the numbers of new immigrants from Africa has eased off to the point where the sight of industrial cages and the madness and squalor we euphemistically called ‘detention centres’ or ‘tent villages’ are now a fading memory.

The issue now has moved to ghettos without gates, particularly Marsa. These are the newer, free range versions of the old battery farms. 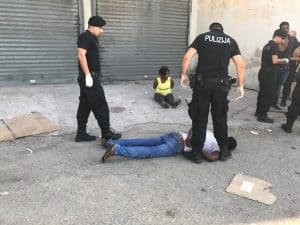 In Marsa we have created, intentionally or not, our own little Soweto where blacks are concentrated not with locks and handcuffs but with economic and social inevitability. They emerge out of the township in the mornings to find what work they can and return to the misery and despair of their township at the end of the day.

Within the township they find the only people they know who speak their language, listen to their music and eat their food. There live the only people who would be their neighbours and their friends. Or rather inmates.

They’re mostly men. Young men. Some of them have lived here a dozen ye 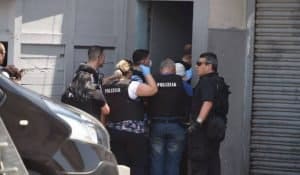 ars. Their greatest sickness is loneliness. From economic refugees seeking a life that would allow them to send some money home they have become psychological refugees with nowhere to go.

As with any prison and any ghetto there are bullies and bullied. There are rebels who do not accept compliance with rules that keep them in poverty and subjugation and some of those rebels try to break out of the ghetto with crime and profiting from illegal activities as nothing legal is permitted them.

Wherever there are criminals, there also victims but black victims are perceived as accomplices by virtue of their skin colour. 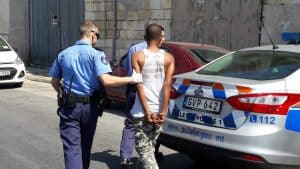 These people could never afford to live anywhere but in the worst neighbourhoods of the country. They fulfil the right-wing prophecy of crime, filth, substance abuse and trafficking, violence and deviance by being trapped in them. They are not forced there by batons and cow prods. They are forced there by the relative tolerance to their existence if they keep to themselves, out of sight of all but those who would exploit their labour.

Occasionally, much like Soweto, the white police conducts incursions hardly out of interest to learn the sub-culture and informal structures that have organically evolved there and help resolve its problems but to appease the whites by showing how blacks are kept under control and in their place.

For the principle and the policy is keeping blacks and whites apart. The philosophy that justifies apartheid is grounded in the idea that the two cultures have nothing to learn from each other and must not inter-mingle except in a purely economic exchange of plenty labour for little money; that the fatal purity of being Maltese must not be contaminated.

This is not just the loony Christ-scissoring fascists speaking.

Broadly speaking there is a national consensus that a black man who has lived and worked here a dozen years is not and can never be Maltese. The idea is that no black roots can catch on this ground. This is not inconsistent with the broad consensus that human beings of all hues should not be allowed to drown and if people are running for their lives from their countries they should be allowed to sleep on the floor here.

We’re at a stage similar to the years after the American Civil War. There is little controversy about the humanity and the inherent dignity people of all races are endowed with. We do not think of black people as property or that they can be made to work in bondage. Except for a few loons, no one thinks the life of a black person is worth less than a white one’s.

But fundamental equality before the law does not begin to address the social, economic, psychological and cultural inequalities of people’s everyday lives. Just because we have come to terms with their right to life as they are drowning at sea and the right to equal and proportionate punishment if they are convicted of the same crime as a white person, we have not begun to look at the full lives of people who live in this community.

Even in exchange for the very basic right to life, we expect a mellow compliance and a quiet gratitude as we do not perceive those rights as inherent but rather granted by the generous benevolence of the enlightened white man.

We will have made a great leap the day we understand that black people are members of this community to the fullest – not merely the legal – effect. They are not just a herd best unseen except on a busy highway junction loitering for odd jobs.

We will have made a great leap the day we realise that our commitment to human dignity needs to go way beyond not letting people drown and realise our shared and human obligation to make sure they live decently, they have access to health, education and social security, that they feel safe and protected from crime and abuse, that they feel they belong to this country which they have made their home.

Like white people who had just emerged from the American Civil War we are philosophically centuries away from thinking of people as Maltese irrespective of the colour of their skin.

We’re at the philosophical stage of South Africa two decades ago where blacks were not slaves. They were free to work or not to work. They walked in and out of their townships as they pleased. But they had to be apart, a culture and a society all their own living alongside the whites but without crossing over the invisible but formidable cultural and economic barriers built to separate the two.

It is just as brutal, unjust and a cause of long-term harm. It is also just as short-sighted. Because injustice, however many people desire it and uphold it, will ultimately and inevitably collapse under the weight of the same human morality that moves us to live together as a community.

It took America a hundred years to graduate from the abolition of slavery to the abolition of segregation. Another 50 years to have a black President. And decades and centuries are left before true citizenship and equality ignores races especially since the wrongs of the past will never be appropriately compensated.

We have only just started accumulating a debt with future generations of Maltese people who unlike us will come to terms with the injustices that we are perpetrating. They will cringe at the benevolent ignorance and the facile simplifications in the responses we give today to the challenges we confront: ‘if they don’t like it, they can go back’; ‘something must be done about them’; ‘we have saved them from the water; what more do they expect?’; ‘this is our country, we were here first’.

We think of ‘our country’ as a property, a misconception that entitles us, its deluded owners, to use it as we please to the exclusion of anyone else and to impose our will as law.

But our country is not our property. If anything it belongs to future generations, as yet unborn, from whom we borrow it with a duty of care. That is not merely an environmental argument, though obviously it is that. It is a social argument as well because here’s the news: future generations of the people of Malta will be white and black and mixed race and we owe a duty to all of them to leave them a healthy, prosperous and fair community without barriers and walls, visible or not. We owe them a heritage free of injustice, grievance and a moral debt which they would have to pay.

It is time to realise that Malta has adopted apartheid and that is just not a viable option.