The Times today reports that Adrian Delia appears no longer to hold out hope any of the by-elected MPs will make way for his co-option. He is therefore now having to turn to MPs elected in their own right to give up their seat and make way for the nail-biting proposition that their elected replacement resigns immediately upon election in order for him to take up the twice-emptied seat and knock off Simon Busuttil from the coveted driving seat.

There are various segments of these eligible self-sacrificing heroes.

Firstly there are the MPs who did not want Adrian Delia elected to the leadership of their party. They would rather swallow crushed glass than be the ones to make way for the guy they consider as bad news even as they half-heartedly applaud him when cameras are filming. They point fingers at the faction who supported Delia and tell them if anything one of Adrian Delia’s supporters should be giving up their seat for him if they were honest in their much pronounced creed that the party, rather than their career ambitions, needed Adrian Delia. 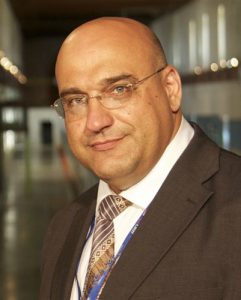 That’s the second set then. Herman Schiavone, a key supporter of Adrian Delia, yesterday posted on Facebook he would resign the seat he spent some 30 years of his life campaigning for if he was sure none of the other party colleagues he beat to the seat would take it up in his stead. Not all of his colleagues indulged him. Norman Vella said he would not comment on what ultimately was still a hypothetical scenario. So Hermann Schiavone does not need to wear the suicide suit just yet.

Thirdly there’s a category of one man all on his own: Simon Busuttil. Lawrence Gonzi left parliament upon leaving his leadership post. Should Simon Busuttil not do the same? Should a former leader continue to cast their long and dark shadow on a new party leadership? Would it not be doubly convenient if he vacated his seat giving Adrian Delia an opportunity to enter Parliament and to do so as the undisputed authority?

Perhaps. But Simon Busuttil shows no intention of leaving for reasons he publicly stated and oft-repeated. If Adrian Delia is to choose the path of least resistance the option of somehow mobilising sufficient political pressure to lean on Simon Busuttil to get him to quit Parliament looks like the most politically expensive option. 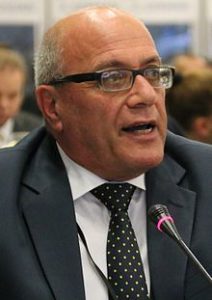 Then there’s the Gozo option. Not David Stellini who has ruled his own departure out. Not Chris Said whom no one is likely to bother to ask. But Frederick Azzopardi. Frederick Azzopardi has always been a bit of a reluctant MP. But never more especially so than this last election which he had no intention of running for and was somehow talked into in the last-minute. He did not get elected by the time the counting of the ballots was exhausted but was picked as the leading non-elected candidate to make up for the fact the PN obtained less seats than the national number of first preferences entitled it to.

It was one of those situations where unwanted good fortune chases the reluctant up a dark alley and slaps him around with undesired reward. It surprises no one that Frederick Azzopardi expresses poorly disguised enthusiasm for his sacrifice. It is a consummation he devoutly wishes for.

As with Norman Vella and Herman Schiavone’s seat, the big question remains what will the line of candidates behind Frederick Azzopardi do if by-elected to replace him?

There has been some legal debate on who would be eligible to contest a by-election for a seat vacated by someone who like Frederick Azzopardi was elected as a result of the compensation mechanism awarded to the party. The law is silent on this quirky detail. Some interpreted the silence to suggest the seat would go to the next candidate down nationwide. Unless I am mistaken that would Antoine Borg who has already publicly stated he would resign the seat if he found himself on it to make way for Adrian Delia.

The likelier legal scenario though is that a conventional by-election in Frederick Azzopardi’s own district – Gozo – would likely be held to determine who should replace him. 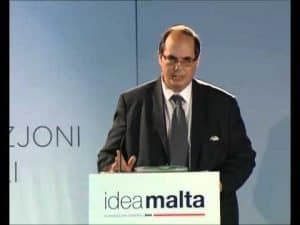 The list includes Joe Ellis who has been explicit in his opposition to Adrian Delia. It includes Kevin Cutajar whose silence is as loud as the footsteps of doom.

The fact that Adrian Delia’s pre-leadership election bluff that he had a plan for his re-election has been called is bad enough for his reputation. Adrian Delia wanted and needed his first week to be a honeymoon of enthusiasm where he can show off his fresh strength with which to bash the smugness of the government. He wanted to be well on the way to start commanding respect even from those hitherto reluctant to give it. He wanted to start building the sort of authority that commands loyalty without effort and without promise.

Instead he’s having to crawl begging bowl in hand having to choose to negotiate away commitments consuming credit before he has actually accumulated any.