114 members of parliaments from across all of Europe and across all political groupings signed a motion for a resolution of the parliamentary assembly of the Council of Europe demanding international monitoring of the investigations after the killing of Daphne Caruana Galizia.

Motions presented to the assembly are typically supported by 20 to 30 members. A motion signed by 114 members indicates a widespread interest in the issue and a commitment to seek the engagement of the entire assembly. The agenda of the assembly is determined by a bureau of the various political groupings. That bureau will now need to decide if a rapporteur is appointed to study the matter and report back to the assembly. The bureau will also need to decide who to appoint to the task.

It is unlikely that the bureau discards a motion that has attracted such support already at this stage. The interest of the Council of Europe would provide a different perspective to that of the European Parliament as it will focus on fundamental matters such as freedom of expression, protection of journalism and the protection of human rights of victims of crimes. These are issues that cry out for specialist focus and attention in a context where everything is drowned under statistics of revenues from passport sales and distracted by plastic spectacle.

Here is the motion in full and the list of parliamentarians who supported it. 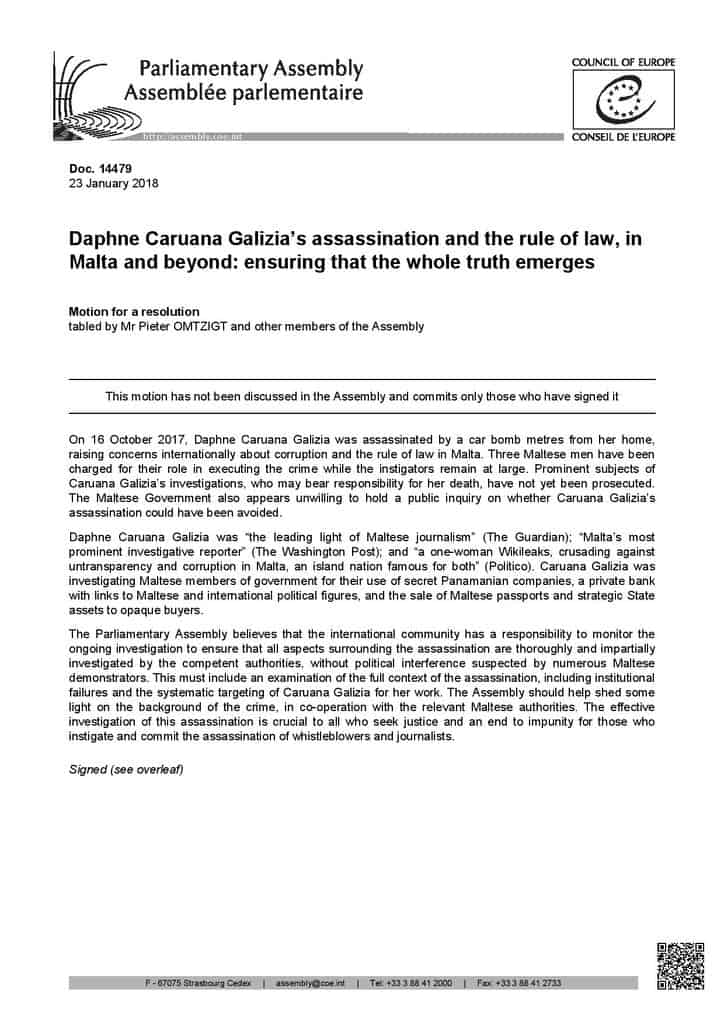 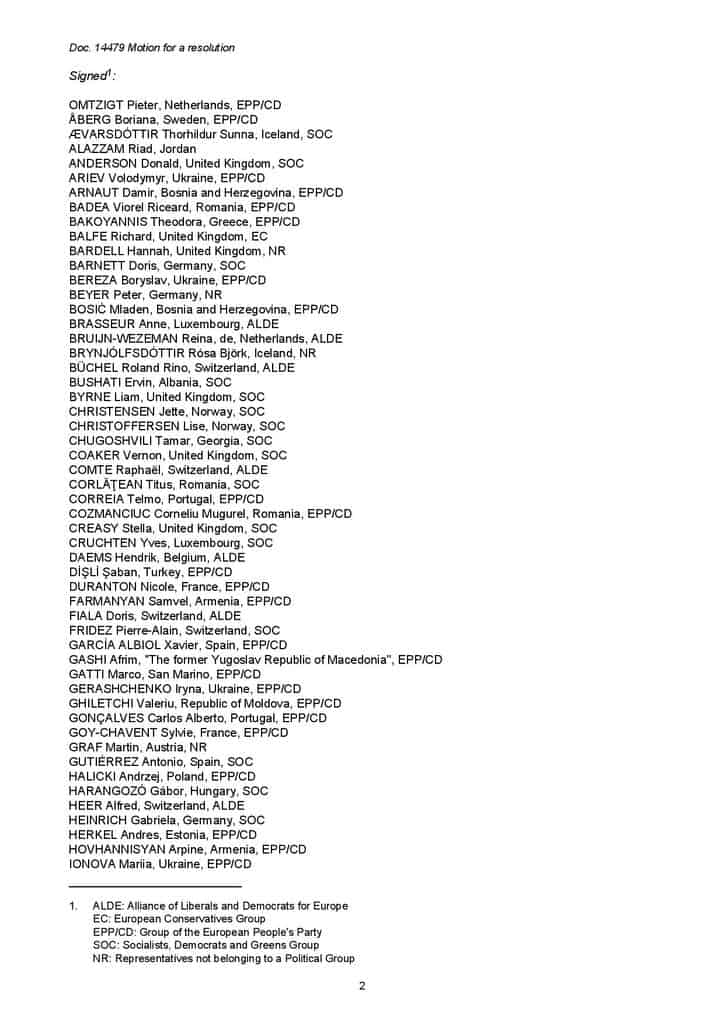 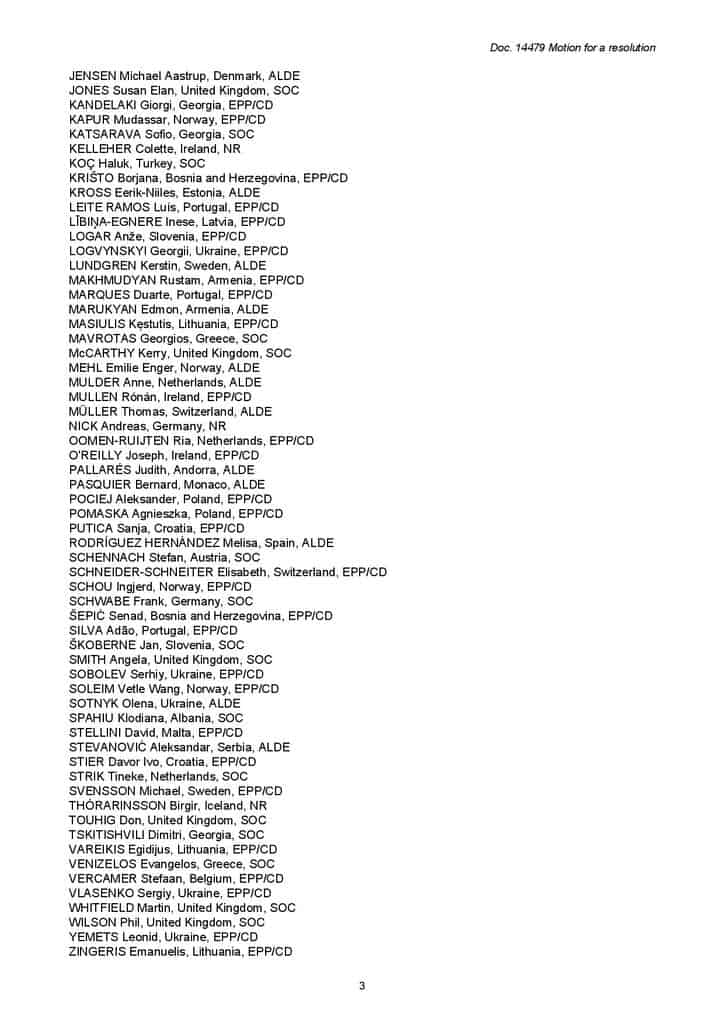 Previous:Two years since privatisation and this is what Karin Grech Hospital looks like
Next:Is Buttardi still in business?