Is Buttardi still in business? 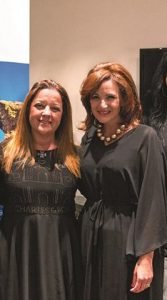 On-line and retail jeweller Buttardi, reputedly co-owned by the prime minister’s wife Michelle Muscat and her partner Michelle Buttigieg, appears unwilling to sell any of its produce.

Their main means of commerce is website www.buttardi.com. The site’s own credits say it was designed in 2012 and it does look like it comes from another internet age. There appear to have been no improvements to the design since. Its designers SB Solutions and RightMoon Photography are out of business, if they ever were.

Alexa reports the website is completely inactive with no visitors to speak of. 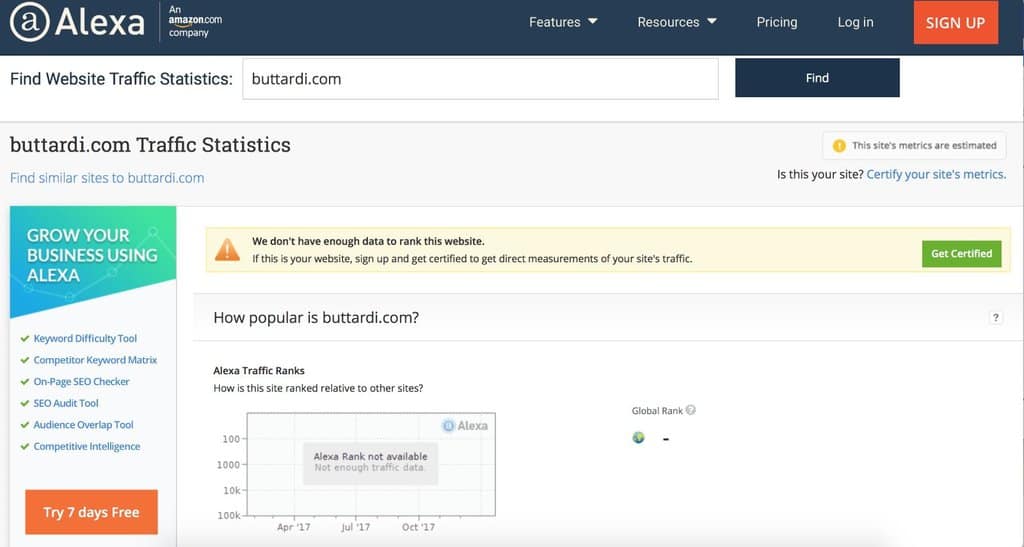 Its events calendar runs out in February 2014 with an “evening of wine, chocolate and beads” in New York.

It lists 3 retail stores in New York that are supposed to be selling its produce. I called Vivaldi Boutique of Third Avenue and the manager told me she never even heard of Buttardi. Summer Stock in Upstate New York does not answer the phone. The number for the St Ignatius Loyola Nursery Gift Store diverts to a fax machine tone. I have not heard one of those for years.

I have tried to make a purchase on line and the payment gateway appears out of order. In case there was something wrong with my connection I asked friends to try it out and still no luck. Earlier today I posted an invitation to people to try to purchase something from the site and the feedback I got was that no one could manage that.

(I love this crowd journalism, by the way).

It appears Buttardi is defunct and if it ever was in business it is not anymore. The website says Buttardi is a registered trade mark. Searches in trade mark databases suggest this is not the case.

Except that a Zoominfo search into Buttardi conducted today reports that Buttardi employs 12 people and generates revenues of 2.4 million US dollars.

Somewhere in on line databases Buttardi is reporting itself to be a multi-million dollar business. Zoominfo is a reliable source of information that people look for in order to make assessments on people and businesses. Naturally in and of itself this is not irrefutable evidence of revenue. Such a thing would have to be verified by law enforcement agencies. 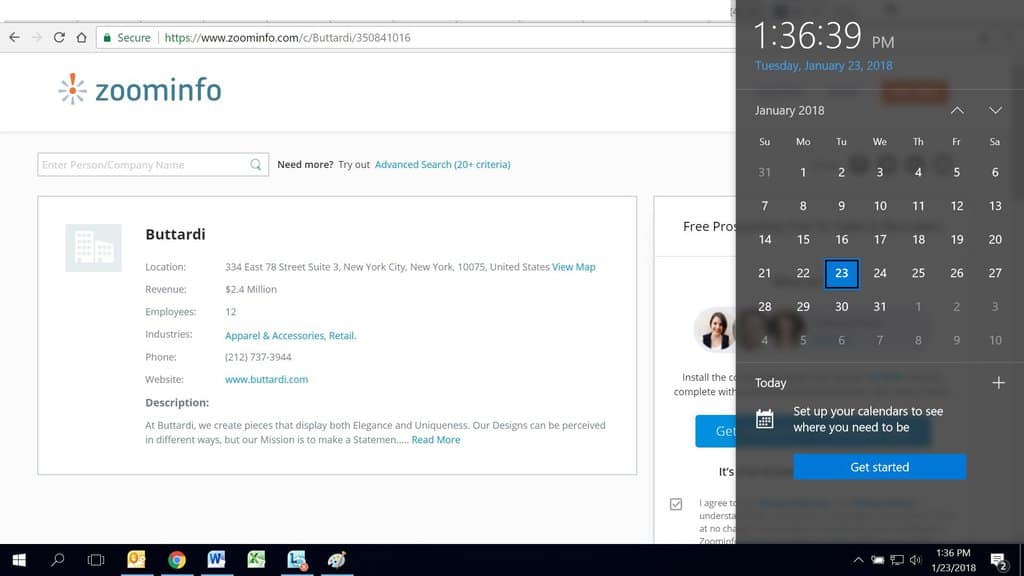 The typical piece for sale on the Buttardi website costs less than a 100 dollars. To make that sort of money in revenue Buttardi needs to be selling a necklace every 10 minutes of every working day 6 days a week. From a zero-traffic website and shops who never even heard of their products they are unlikely to manage that.

This should raise the eyebrows of an inland revenue and an anti-money laundering agency whoever owns Buttardi.

Though it cannot be determined who actually owns Buttardi, Michelle Muscat, using her nom de scène Michelle Muscat Tanti, is presented on the Buttardi website as “Marketing, Sales & Design” and heading the “Europe Sales Office”.

Michelle Muscat Tanti is also spouse of the prime minister and volunteer of the year. Her business affairs are a matter of public interest, or in this case, public embarrassment.

She should declare whether she owns Buttardi, alone or with someone else, and if she has declared that interest to the tax authorities or if she is getting ready to pay an all-absolving fine like Konrad Mizzi before her.

Since she’s spouse of the prime minister and volunteer of the year, Michelle Muscat Tanti should provide information and evidence of sales of this business. If she does not she should provide evidence Zoominfo is misreporting the revenue of Buttardi. If neither happens the doubt will remain that whatever revenue Buttardi generated is dirty money processed through a mountain of fictitious invoices and circular cash transactions in order to come out clean at the other end. That would open a mountain of questions on the provenance of the funds.

Either way, finally and rather pressingly, where in the world are taxes on the profits of Buttardi being paid by its owners?

Michelle Buttigieg may complain she is a private person and the success or failure of her business is her own and not a matter of public interest. Not if you’re doing this while drawing a salary from the tourism authority. Not if you’re in business with our ‘spouse of the prime minister and volunteer of the year’ it is not.