When in doubt, kill the witness

Labour is leading a campaign of spinning my interview with Maria Efimova. Facts are irrelevant to them. Instead they seek every opportunity to discredit those who can realistically harm their divine emperor. 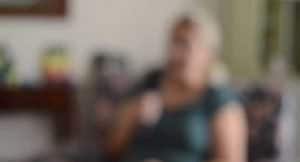 I will let the interview speak for itself and the facts speak for themselves.

A woman who has nothing to gain steps up and risks everything to let us know what she knows. And the way the country repays her is with this barbaric demonisation.

A person witnesses a murder. They never knew the killer. They never knew the victim. She is not alone to see the crime. Everyone else skidded away before the police showed up. She, a tourist, goes to the police station to say what she saw. She is asked if she took photos with her phone of the crime. She says she has not. That, you see, must mean she is lying. She is out to harm the alleged killer. She cannot “prove” what she says she saw.

You see it is not for the witness to “prove” anything. An alleged crime is investigated and every possible information collected. The prosecution will use all that information to “prove” a case. What the witness says is part of it. Her credibility will be assessed according to that due process in the context of all the other information discovered in the investigations.

But in spite of this solid information from an eye witness, and as it turns out information from other sources as well which she corroborated, the Police have not investigated and continue to refuse to investigate whether Michelle Muscat owned Egrant in Panama and received millions into its account from the Aliyev family.

Almost a year since this witness stepped up and no police investigations conducted yet.

That is what Labour should be looking at.

But when in doubt Labour discredits the witness. It kills their credibility. They did the same in the trial of the man accused to have commissioned the assassination, providentially unsuccessful, of Eddie Fenech Adami’s  assistant.

We are seeing the same thing now.

In the odd chance this case ever gets to trial, years of campaigning will make it impossible to convict on the basis of the evidence available: not because they are innocent of the crimes being alleged. 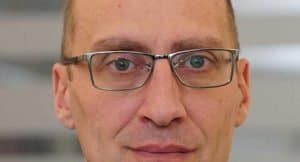 In court today Jonathan Ferris, that other whistle-blower being discredited in a campaign of demonisation by Labour, protested that repeated written applications for whistle-blower protection so that he can cooperate with the state in its duty to enforce the law have all been ignored.

Jonathan Ferris did not ask for any favours from the state today or any time before now. He witnessed a crime and wants to give evidence on what he saw. And those who have taken possession of our state are doing their damndest to prevent him from doing it.

Here’s his court application in full.

Previous:It is not just gossip
Next:LISTEN: The Efimova Tapes – 3 (updated with transcript)