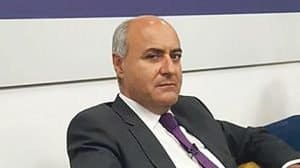 Logic is truly optional in the running of this country. Jose’ Herrera thinks he’s being nice and caring when he says his office is paying some spare cash for the good of the Majjistral Park so NGOs who run it can stop moaning about extended hunting hours in the reserve that is supposed to protect fauna, not shoot it.

The NGOs are not idiots and they say this is no quid pro quo. They cannot do much more than complain about a government legal notice. But complain they will. And if the Minister is not happy well he can keep his pocket money and they can moan some more.

But Jose’ Herrera is in a really nice mood so he corrects himself. Sort of.  From The Times’ report: “Mr Herrera stressed that the investment was not intended to silence criticism, but again described it as ‘compensation’. ‘NGOs were dead-set against the longer hours, but we tried to appease their other aspirations,’ he said.”

It’s a blessing this guy is not mediating between Israel and the Palestinians. He’d be only slightly less successful than Donald Trump.

The real lesson here, one would hope, is not how Jose’ Herrera forgot his Wittgenstein. It’s in the fact that no matter what anyone thinks or says the government has already decided on extending the hunting hours to the extent that it has even already decided what money it’s going to spend to silence the critics of the decision.

So much for the great consultation the PN opposition brokered between the PD Farrugias’ motion to have the extended hours withdrawn and the government’s haughty indifference to any objections to their omnipotence.

The PN amended the PD’s motion in a twist of parliamentary ritual proposing for the government to consult stakeholders on the extended hours and the government agreed with the amended motion brokered by the opposition. Adrian Delia and a cohort of PN MPs unhappy about having to full on either side of the pro- or anti-hunting lobby walked out of the room pleased with the government’s approval like Neville Chamberlain waving Hitler’s signature on the Munich resolution proclaiming victory in peace.

And Jose’ Herrera today rode into Czechoslovakia, or the Majjistral Park if you find the metaphor a bit too much of a stretch, and told them he’s giving them some moola to sweeten their unwilling but inevitable submission.

So the real lesson is the government will do what they want no matter what anyone is going to say about it. Being nice to them is not going to help. On the contrary it’s going to make you look like an accomplice. And now that you have not chosen which side to take the pro-hunting lobby admires the government and the anti-hunting lobby dislikes you for not standing up for it.

That too is logic.

Image with this post is by The Malta Independent.