Pilatus filed lawsuit in the USA against Daphne Caruana Galizia. She never knew.

Pilatus Bank threatened The Malta Independent, Malta Today and The Times with prohibitive SLAPP law-suits filed in the United States the publications would not even afford to respond to. Appearing in your own defense and engaging lawyers in the United States is more than any news organisation in Malta could afford. Under that pressure, all local media caved in. The risk of punitive damages under US laws was an unacceptable exposure to them. In Malta the truth is dictated by Pilatus Bank and the media had to bow in submission.

They did not bother to do the same to Daphne Caruana Galizia. 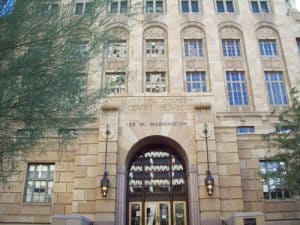 Without warning Pilatus sued her in the Superior Court of Maricopa County, Arizona. She had not been notified of the lawsuit before she died and she never knew about it.

Pilatus filed the lawsuit in Arizona on 8th May, 2017, a week into the general election campaign called after that fateful night of 21 April, 2017, when Daphne Caruana Galizia published the Egrant story and Net TV caught Ali Sadr slipping out in the dead of night with suitcases full of who knows what from the bank.

Together with Pilatus Bank, Ali Sadr is a plaintiff in the lawsuit filed against Daphne Caruana Galizia in Arizona. 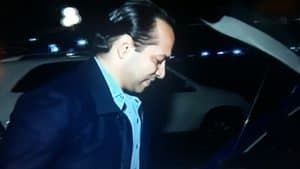 Pilatus and Ali Sadr chose Maricopa County, Arizona because that is the court with jurisdiction on Daphne Caruana Galizia’s contract with Godaddy, the domain name provider for her website. Godaddy is head-quartered in Arizona.

As with anything to do with Pilatus Bank and Ali Sadr even this lawsuit has inexplicable oddities.

Pilatus’ actual complaint in court against Daphne Caruana Galizia is not on public record. I have so far been unable to ascertain why this is the case though it is likely because the plaintiffs withdrew the complaint altogether. Since the complaint itself is not available, I dutifully acknowledge that I cannot be certain this was a defamation law-suit. But since this is not likely to be a law suit because Daphne Caruana Galizia was not trimming the verge, the assumption that this was a defamation law suit is the most plausible.

Had Daphne not been killed, she would have had to show up in Arizona to defend herself. If she had not, she would have lost the case and Pilatus Bank would have been awarded damages, including possibly punitive damages, they would then seek to have the Maltese courts enforce. This is exactly what all the other media houses were afraid of and could not risk and, for completeness’ sake, the risk I personally undertake by carrying on this website the stories the other media houses have removed.

But it is not a sure thing Pilatus Bank and Ali Sadr intended to go all the way with this court case.

Having filed the lawsuit on 8th May, they then filed a “notice of intent to dismiss” the case on 12th July, 2017. By then Labour was comfortably confirmed in power. But Pilatus were still concerned with their on line reputation so much so that in September they started harassing local newspapers to wipe critical stories from their online record.

They did not get in touch with Daphne Caruana Galizia presumably because they calculated she would react rather differently than the other media.

The court records in Arizona refer to “a notice to a foreign individual” with an entry dated 26th July. This cannot have been delivered because throughout the case history Daphne Caruana Galizia’s address is listed in the Arizona court records as “unknown”.

I have confirmed with Daphne Caruana Galizia’s relatives that later than this date they had discussed with her the SLAPP threats against other media and she expressed surprise no move had been made by Pilatus against her.

I first raised the alarm about SLAPPs in Malta in a piece I wrote on 24th October, 2017, when Daphne Caruana Galizia had been dead for just over a week. I had done so because that was the week media houses in Malta had succumbed to the pressure from Pilatus Bank and its lawyers. The psychological impact of  Daphne Caruana Galizia’s killing may have had something to do with their decision.

Since then Jason Azzopardi has prepared draft legislation that could protect Maltese journalists from these sort of actions. The government has today confirmed this matter is not a priority for them and the draft has not yet even been discussed by ministers. Given how Daphne Caruana Galizia had revealed prime minister Joseph Muscat personally authorised Henley and Partners to commence punitive legal action in the UK against her, it is perfectly reasonable to suppose Pilatus sought and obtained Joseph Muscat’s approval for their lawsuit against her in the United States.

Within 24 hours of the killing of Daphne Caruana Galizia, on the 17th of October, 2017, Pilatus Bank and Chairman Ali Sadr withdrew the lawsuit against her from the Arizona court system.