Here is a report in the archives of The Times reporting that FIAU says shortcomings in Pilatus no longer subsist. It is a new version that replaces older versions of the story appearing in print and on line last September.

The changes were made after lawyers for Pilatus Bank threatened them with a multi-million dollar law suit that exposed The Times to ruin. See my earlier post on this for more background.

I should add at least some of the media houses received the legal threats to remove their Pilatus Bank stories on the day that Daphne Caruana Galizia died. One would like to think this was bad timing but it certainly caught journalists receiving these threats in an overwhelmingly difficult emotional time.

I am publishing here copies of the original stories The Times had carried in print and that are no longer on the on-line record. 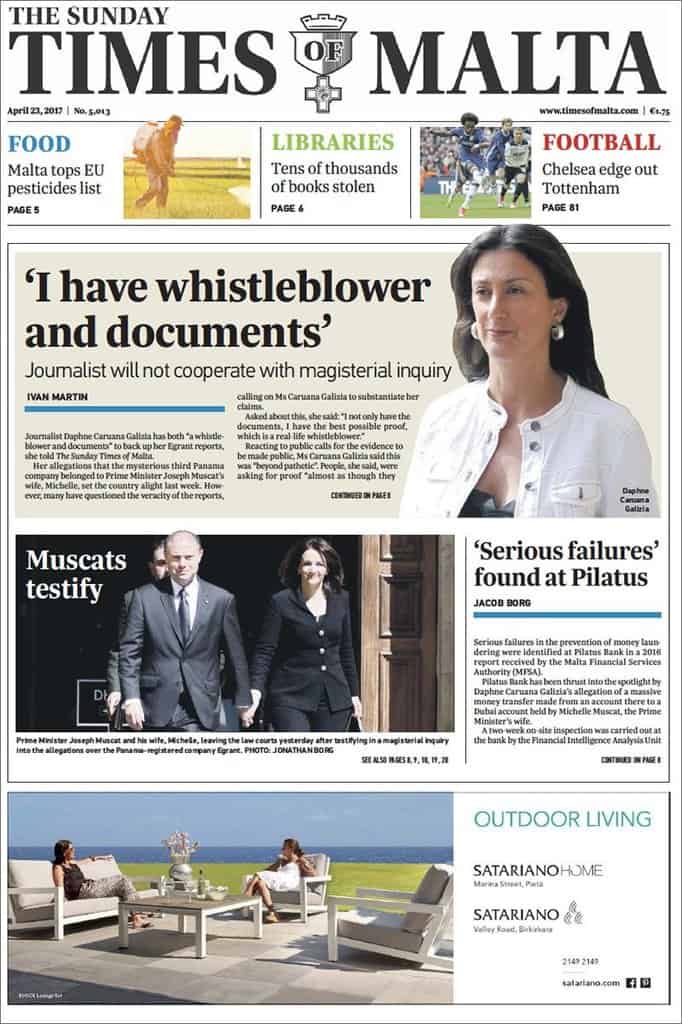 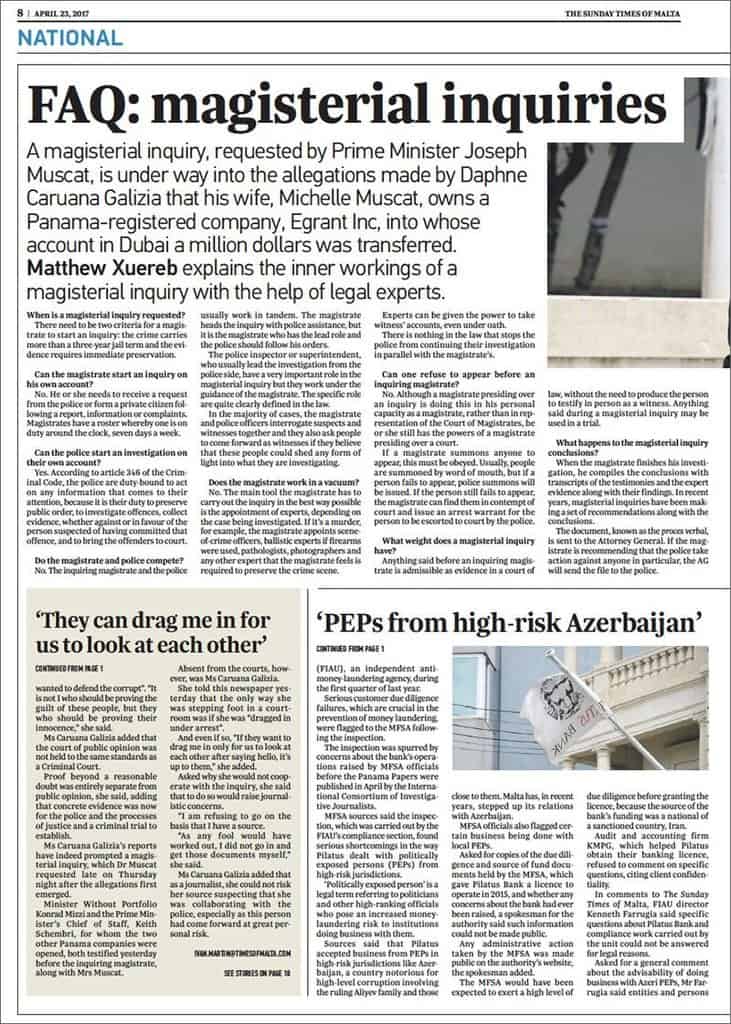 This is what Pilatus Bank wanted you to forget. And here it is to keep your memory fresh.

I’m also aware that in spite of identical threats, The Malta Independent has so far not made any changes to its on-line archive.

In any case we now have another chilling means to suppress freedom of expression in this country. The acronym SLAPP in the heading is intentional.

SLAPP stands for Strategic Lawsuit Against Public Participation. It describes a malicious or frivolous lawsuit (or threat thereof) that chills speech. It was until recently an endemic problem in some states of the United States.

These lawsuits are aimed at silencing and censoring critics through legal mechanisms by encumbering them with cost-heavy lawsuits forcing them to withdraw stories they investigate or opinions they wish to express. Simply because they cannot afford the lawyers, the travel and the court fees even to defend themselves, journalists are silenced merely by the threat of legal action.

And their capitulation is topped with watertight confidentiality clauses that prevent them from actually confirm they have been made to shut up.

The Anti-SLAPP method ensures that matters which are in the public interest (and this is defined rather broadly) see the light of day and are not stifled by harassment techniques.

If the government of Malta is as keen as they say they are on free speech perhaps they might consider legislating the protection of the Maltese media from SLAPPs of this sort even when they serve their political interest.

Previous:Pilatus Bank bullies the local press. We will not be silenced.
Next:Please watch this