STAR COMMENT: I stumble from one shock to the next

This was sent in by Iris Rohmann, correspondent for the Cologne-based Westdeutscher Rundfunk, part of the national German television network, in reaction to yesterday’s post Locus standi in which I spoke on how difficult it is for international journalists even to believe how Joseph Muscat, the prime minister of a democratic country, can obstruct the course of justice with impunity: 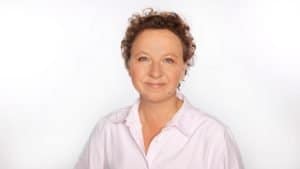 I am one of the journalists from outside Malta, and it is true: I stumble from one shock into the next.

Thinking of this, you can truly be unhappy with your government, and the situation has become even tougher since Daphne Caruana Galizia was murdered.

On the other hand, more and more questions are coming up NOW. They are made public; they are even becoming international/European. There will be a change!

In 10 years of visits to Malta I have learned one thing: You people have a culture of trustworthiness and friendliness, which is hard to find all over Europe. These qualities will overcome the culture of lies and violence.