Time for another quick coffee at the Betsson canteen

It was only the third day in the life of this blog.

The prime minister, newly confirmed after the July election, had not yet even formed a Cabinet. He rushed to Ta’ Xbiex in a publicity stunt aimed at stunting the PN’s pre-electoral argument that his re-election was a threat to the financial services and gaming industries. 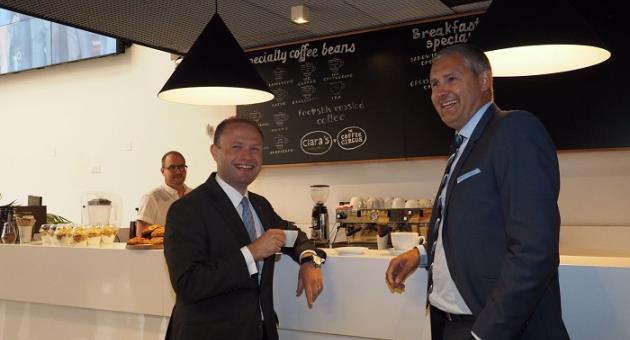 He wanted to show everyone Betsson were still his friends and the pre-electoral rumour that their management along with other leaders in the industry were considering expressing concern about corruption in Malta was baseless.

It wasn’t, as the prime minister knows full well.

The reputational harm to the industry of money laundering is not in doubt. The complaints of the Italian authorities that Malta’s gaming industry shelters and cleans revenues from the exploitation of the victims of organised crime have not slowed down the last several months. And the complaints happen because of weak regulatory and policing institutions led by incompetent cronies well trained in closing an eye. Or two.

Legitimate businesses like Betsson and others have stock-holders to report to and the reputations of the jurisdictions they work in are an important matter.

In June I reported how Betsson was setting up new development centres elsewhere with briefs currently held by their Malta quarters. In a fit of dubious wit, I then called it ‘hedging bets’.

The move starts now as a 130 employees are being made redundant in Malta.

Obviously every business, especially large ones, periodically look at themselves and see where efficiencies could be gained especially after acquisitions that bring in new duplications to the business on top of the new activities that are merged.

But more than 1 in 10 jobs with Betsson in Malta end today. This may be the right time for another visit of Joseph Muscat to the Betsson canteen though I would expect the camera smiles will be less white somehow.