Defilement of minors without indecently assaulting them: the perverse imagination of a Court 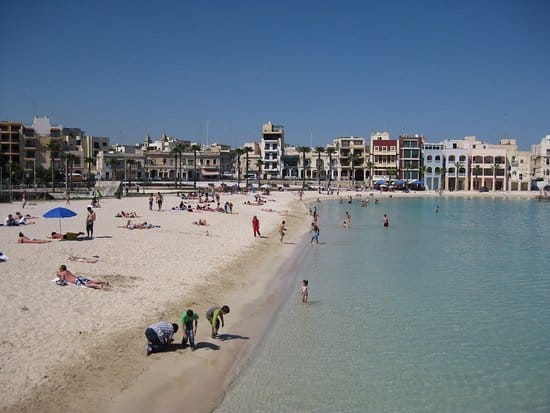 A 69-year-old man was standing in the water in Pretty Bay, Biżebbuġa. He was holding a lilo on which he had his three cute dogs. The dogs attracted the attention of some children who were playing nearby. They went to get a closer look and play with the dogs. Most of the children were boys, except two girls — sisters aged 8 and 9.

The man held the girls apparently playfully. When the boys lost interest in the dogs and swam away, he held the girls by their legs and stomachs. He then touched their bottoms and groped their genitals from over their bathing costumes. The elder sister swam away. The younger one was a bit more confused but when he tried to put his hands under her costume to touch her genitals she felt uncomfortable and insisted she is left alone.

The old man became threatening and told her she must not tell anyone what happened.

Later that day the sisters told their mother what had happened. The mother asked some friends of hers who were also on the beach if their children reported similar experiences but her friends said none of their male children was touched.

She wasn’t sure what to do. When her husband came home she told him what the children had told her and they decided to file a police report. At the Birżebbuġa police station, they described the old man, his pronounced paunch and the ink on his arm. The policemen knew exactly who the children were talking about.

This was Alfred Xerri who had already been convicted before of similar acts. They went to look for him and when they told him he was being arrested he asked them if it was about what had happened earlier that day with the children in Birżebbuġa.

This story is from 10 years ago. It happened in August 2009. By the time the crunching wheels of justice turned, it was April 2013 before a Court decided the case. Magistrate Audrey Demicoli considered three charges against Alfred Xerri.

The first charge was of aggravated defilement of minors. ‘Aggravated’ because Xerri’s victims were less than 12 years old which is a cut-off date in the law. The court found Xerri guilty of this charge.

The second charge was for instigation to defilement. It was filed by the prosecutor as an alternative charge in case the court did not find Xerri guilty of defilement. Since it had, the court decided not to consider this charge.

The third charge was for the relatively minor offence of having committed acts against decency or morals in a public place. Since the abuse happened bang in the middle of Pretty Bay, the court convicted Xerri for this charge as well.

The court considered also the fact that Xerri had had earlier convictions and sentenced Xerri to three years in prison.

Within two weeks Alfred Xerri appealed his sentence. The appeal was filed on 6 May 2013. It was decided by the Court of Criminal Appeal presided by Judge Consuelo Scerri Herrera last week, ten years after the event. Those children are now adults and their abuser is almost 80.

He has not spent a day in prison but they have spent their entire adolescence going through the rollercoaster of emotions reminded every day of that sunny day at the beach when they were groped by a dirty old man, and the messy aftermath of that incident.

Now, it turns out, he still won’t spend a day in prison. And that is because Consuelo Scerri Herrera’s final decision in his case goes beyond even the claims made in his appeal to find reasons to let him off the hook.

The appeal court’s decision does not cast doubt on the children’s testimony that the groping and the fondling actually happened. Consuelo Scerri Herrera does not for a minute suggest she does not believe the victims or that she buys Xerri’s initial denials. I say ‘initial’ because Xerri’s appeal does not ask for acquittal from the main charge he had been convicted of. 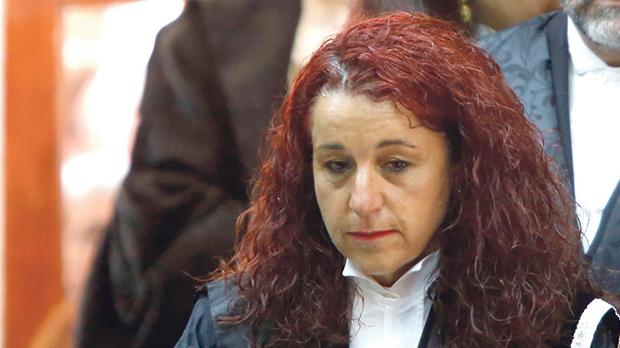 Rather the appeal argues that what happened on the day did not amount to “lewd acts” as they are meant in the law but rather as “violent indecent assault” which is a serious crime of course but is punished less severely even if the victims are minor.

The appeal describes the groping or fondling as “tokkamenti” which I confess is not a word I have come across before and which probably translates as “touching”. The appeal argues that even if it were deliberate, the groping did not have the effect of arousal and is therefore not a ‘lewd act’.

The appeals court may have agreed with this. It would have been a judgement call which judges are asked to make all the time and since neither Magistrate Audrey Demicoli nor Judge Consuelo Scerri Herrera was at the beach in Pretty Bay that day, they each have to reach a judgement on the basis of the evidence and it is perfectly understandable if they reach different conclusions.

What is not really acceptable is if on the basis of the same set of facts they reach different conclusions because one of them — the judge in the Court of Appeal — completely misreads the law.

The ‘technicality’ here — let’s call it that, though technically a technicality is some legal provision that correctly though frustratingly is used to get someone off the hook — is about whether violent indecent assault is ‘comprised’ and ‘involved’ in the more serious charge of defilement of minors.

If I understand this, so can anyone. If you have defiled a minor, surely you must have indecently assaulted them. Therefore if you have been convicted of the first, more serious, charge of defilement of a minor, it should be inescapable to recognise the implication that violent indecent assault has occurred.

Consuelo Scerri Herrera quotes 30 pages of case law inverting some 150 years of legal precedent in this matter. She goes as far as referring to the irrelevant comparison to the charge of receiving stolen goods not being considered as incorporated in a conviction of theft. Indeed there are cogent reasons why the law does not allow those two charges to go together because logically you cannot steal what is in your own possession.

But, also logically, you cannot defile a minor without assaulting them indecently.

Indeed, and this is the supreme irony, the enormous review of case law includes several decisions where the Court of Criminal Appeal before her found that violent indecent assault was comprised and involved in the more serious charge of defilement. And, you’ve guessed it, in those judgements the courts had found the accused guilty of the lesser charge even though the accused had not been specifically charged with that lesser offence.

Not Consuelo Scerri Herrera of course.

Logic, apparently, is outside Consuelo Scerri Herrera’s brief and, she concluded, since violent indecent assault had occurred and Alfred Xerri had not been charged for it, the sentence had to be reduced.

That’s how Xerri walked away with a 3-month prison sentence suspended for four years on condition that in that time he does not go about fondling and groping more children.

He got away with it. And his victims? They have the rest of their lives to think how they wasted the last ten years retelling the story until a Judge found entirely misguided and mistaken reasons to let their aggressor walk free.

And because Consuelo Scerri Herrera sits in judgement in the Court of Appeal, that’s the last word on the matter.