Skype for Cows is a thing 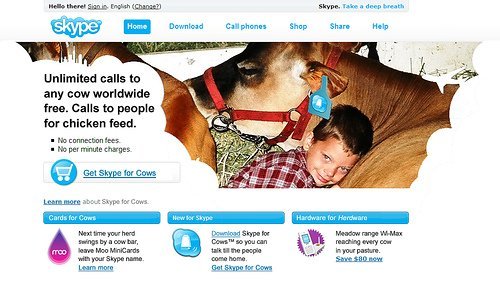 It’s a good thing our court administration is not handling the next lunar landing.

Let’s just accept things at face value for a minute. Witnesses who wanted to testify that Neville Gafa’ solicited and accepted bribes for medical visas trudged through war-torn Libya at personal risk to a court-room in Tripoli to testify remotely in a case being heard here in Malta.

They were due to testify today, an appointment set several weeks ago over a method set and agreed several weeks ago. It wasn’t smoke signals or tom-toms or even homing pigeons or ravens trained by maesters of the citadel. It was Skype, a means of communication so conventional that my mother, who never managed to set her VCR to record her afternoon soap after years of trying, uses with an ease that is too unremarkable to be described as second nature.

But our court administration, we are supposed to believe, had not made arrangements in time to set up a Skype call. There must have been a dozen phones in that court-room and it would have been a small miracle of anachronistic survival if even one of them was not a smartphone set up for a Skype app.

The witnesses’ testimony was postponed to another date.

All right, now let’s put aside the superficial effort to accept the official story as a given.

Neville Gafa’ has been dodging justice for people smuggling and visa fraud for months and years. The police pretended to collect evidence after making sure it had been taken away. He visited Libya displaying authority he did not have, and reports from multiple sources in Tripoli say he had distinctly unpleasant conversations with potential witnesses that could confirm he committed crimes.

And he was given asylum by the harbour master of Malta’s white-collar pirate bay: Joseph Muscat who gives effective immunity to criminals he went to school with like mediaeval vergers who charged fugitives a share of the loot to let them sleep in the chapel’s crypt where the sheriffs of the crown were not allowed to go.

Now that some witnesses showed up in a court-room in Libya to provide testimony that could have made Neville Gafa’s long overdue political demise inevitable, he has been given another month in which to make arrangements to make sure this never happens.

As always with whistle-blowers in this country they have been made to expose their identities, showing their face in a place where their willingness to testify is duly noted but their testimony is never actually heard.

I think I’ll be as surprised as Neville Gafa’ if there ever comes a time when the damning Skype call actually happens.

Presiding the court today was Magistrate Franco Depasquale, I should imagine himself an owner of a smart-phone capable of making Skype calls. Or maybe not. Or maybe it does not even matter anymore as he might just not be the Magistrate presiding the next hearing.