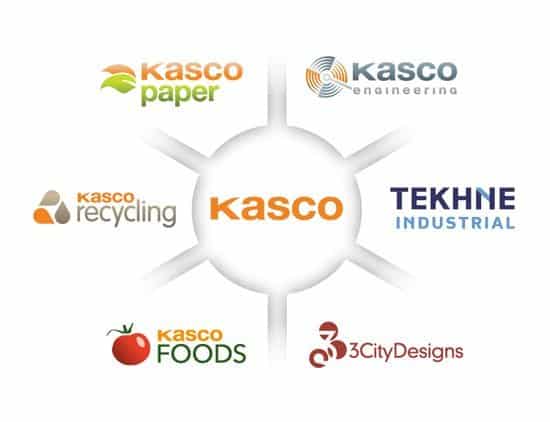 This article is a follow up to this website’s reporting in June 2018 regarding the notes to the financial statements of Kasco Holdings for the financial year ended 31 December 2016.

Those accounts revealed a short-term loan of €2.6 million given during 2016 by the Group to a third party, which loan was unsecured and interest-free. It was suspicious how the Group’s bankers, Bank of Valletta, had approved this payment when the Group had exposure to the bank of €5.7 million. It was crucial for the bank to ascertain the source of the receipt of the substantial funds amounting to no less than €1.5 million received into the company’s bank account to enable it to make a loan of €2.6 million, considering that the Group could only source Euro 1.1 million internally to fund the loan.

In this article, I am following up the transaction trail of the third party loan into the Group’s accounts for the financial year ended 31 December 2017. The audited accounts have now been filed, although seven months overdue, with the MFSA, and I can now comment as follows:

It is pertinent to note that Kasco Engineering is owned equally by Keith Schembri and Malcolm Scerri, and it sells machinery and spare parts, provides maintenance agreements and technical assistance to local printers. This company by inference is the appointed supplier of machinery and maintenance services to the newly established company, Crane Currency. In fact, Keith Schembri had stated that the Group have been agents for Komori, the Japanese company supplying the machinery to Crane Currency, for the past 8 years.

I would also wish to highlight that in 2016, Kasco Engineering had received a loan of €1.4 million from a third party, and this was repaid in 2017, presumably after receiving the €1.3 million from Kasco Limited.

No value was placed on the balance sheet of Kasco Limited, on the two plots of land in the Bulebel Industrial Estate in Żejtun, granted on a temporary emphyteusis of 65 years by the Malta Government through Malta Industrial Parks on 1 March 2017.

The two plots which measure 2475 square metres and 2547 square metres are both to be used for the same purpose related to the processing and customization of paper, paper products and ink or any other activity that may be approved. In fact, the plot measuring 2,475 square metres was later approved to be used by Kasco Recycling, for recycling of specific recyclable materials.

As from 1 January 2019, in line with International Financial Reporting Standards, leased plots will have to carry a value and accounted for in the financial statements as an asset, and correspondingly,  as a liability for the lease amounts payable over the period of the lease.

The value of these long term leases is accepted by banks as a warranty for borrowings. In fact, Crane Currency which leased from Malta Industrial Parks a plot measuring 25,000 square metres in February 2017, made a special hypothec for €75 million in favour of its bankers for an equivalent amount of borrowings.

The number of employees reported for the whole Group is 34, of which 8 are employed by 3 City Design which is owned equally by Keith Schembri and his wife, and which operates retail outlets in women’s apparel and household furniture and furnishings, as well as a cafeteria. 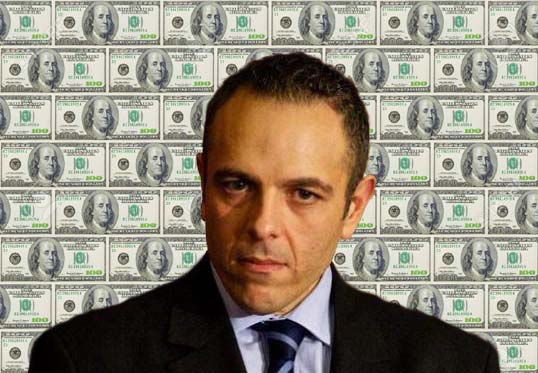 It is also questionable as to whether Kasco Limited could legally issue a loan of that size to a third party, as it is not registered as a financial institution.

It is also questionable as to whether the third party repaying the loan, was the same beneficiary of the loan and, in my opinion, this could have been paid, on behalf of the beneficiary, by some other party involved in the Komori/Crane Currency project.

The granting of the 65-year emphyteusis of two plots in the Bulebel Industrial Estate was signed for three months before the general elections in June 2017, and it is questionable as to whether this emphyteusis should have been subject to Parliamentary approval.

The plots were granted at an annual lease payment of €33,470 for the first plot, and €47,968 for the second plot with specific percentage increases every five years. Pro-rating the rents to that of Crane Currency, would give a value of circa €14 million, obviously without factoring the location value.

No conditions have been placed in the contracts of emphyteusis, on the number of persons that Kasco Limited should employ. 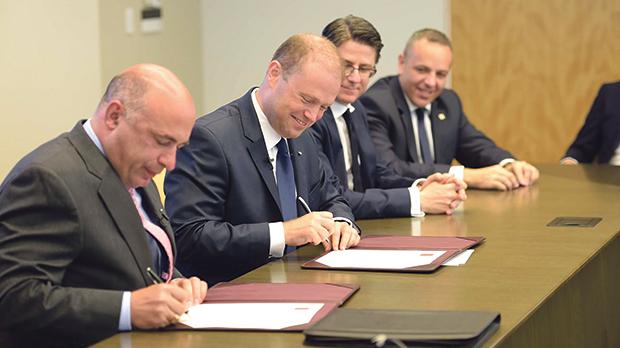 I must highlight that the above transactions, were taking place around the time when the government concluded the deal for the setting up of Crane Currency. The prime minister, when questioned about the involvement of Keith Schembri as a “catalyst” (the prime minister’s own word) in this project, had stated that “he saw no conflict of interest in having a currency printing company setting up shop in Malta and acquiring its printing machines from a company co-owned by Schembri.” Obviously, the prime minister was referring to Kasco Engineering, owned equally by Keith Schembri and Malcolm Scerri.

At the same time, Keith Schembri had explained that “No company in the Kasco Group will be supplying Crane Currency with any machinery,” and that having knowledge in the industry, “I can confirm that currency printing machinery requires strict security features and specifications and therefore such machinery is not acquired through third parties but directly from the manufacturer.”

He then went on to explain that “For the sake of completeness, if Crane Currency does ultimately procure machinery from Komori, Kasco Group, being the agents of Komori for the last eight years, and having the necessary know-how, may be tasked with the servicing thereof, as has been the case with another company in the currency industry in Malta.”

It is also surprising how Keith Schembri thinks that he can take everyone for a fool in these matters. Specifications for the machinery are typically not decided upon by the manufacturer’s agent, but by the expert engineers of the client, in this case Crane Currency in discussions with the manufacturer.

I must also ask Keith Schembri as to why he hints to the lack of knowledge in ‘strict security features and specifications’ to procure the machinery and, in the same breath, he mentions the necessary knowhow, obviously technical, as to why his company may be tasked with the servicing of the same machinery.

I must here also highlight that Alfred Sant had commented that, although he had reservations when the deal was first announced, recent developments, including the sale of the company, Crane Currency, for US$ 800 million in the meantime, “gives rise to reservations”.

He also said that the reservations were not related to the sale of the company itself, but to the explanation given by the purchasers: “We have been told that the sale was so attractive to the company that took Crane over because the deal it had finalised in Malta actually drove its real value to a much higher level than that shown in its audited financial accounts.” Alfred Sant asked, “what was going on?”

I too would conclude: “what was going on with the loan transactions and reverse transactions within the Kasco Group?”