Repubblika reacts to announcement of inquiry into Daphne’s assassination 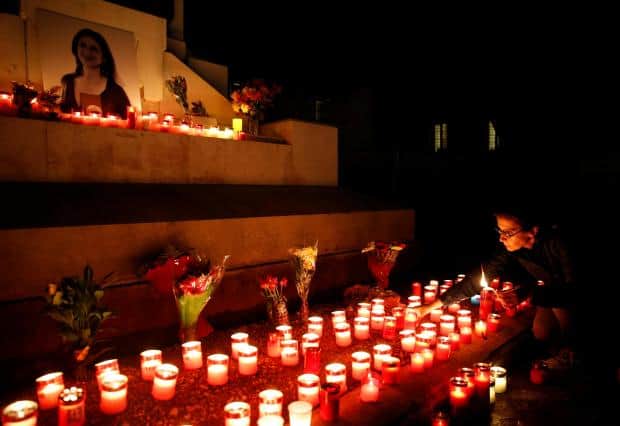 Repubblika has supported and continues to support the call by Daphne Caruana Galizia’s family for an independent, public inquiry into the assassination of their wife and mother.

We are now deeply disturbed to learn from the family’s statement of last night that the government has not consulted them in any way about the composition of the inquiry. The consequences of this are as grave as they ought to have been predicatable.

No one doubts Professor Ian Refalo’s legal competence though that is not the only requirement for suitability for this inquiry. Another requirement is impartiality which Professor Refalo cannot have. He represents the FIAU, the reputation of which has been utterly destroyed by Daphne Caruana Galizia’s formidable journalism. She has exposed that agency’s ineptitude or wilful reluctance in fighting against pervasive money laundering and has forced the agency to buckle under the scrutiny of the European Banking Authority and other international agencies and institutions.

In the meantime Professor Refalo also represents the FIAU in the case raised by Jonathan Ferris, himself a whistleblower unrecognised as such by the government and for likely identical reasons unfairly dismissed by Professor Refalo’s client agency. Jonathan Ferris is a key witness in matters raised by Daphne Caruana Galizia in her journalism and that could be connected with her assassination.

Professor Ian Refalo also counts among his clients Adrian Hillman whose allegedly corrupt relationship with the prime minister’s chief of staff Keith Schembri was exposed by Daphne Caruana Galizia’s journalism. This is another case where a member of this inquiry board is acting on the brief of someone who cannot be ruled out a priori from involvement in this case.

Similarly Professor Refalo’s portfolio of clients includes Technoline the firm that made a killing from the suspect transactions around the privatisations of the hospital and that is believed to have direct connections with the interests of the prime minister’s chief of staff Keith Schembri.

Whatever good intentions Chevalier Dr Anthony Abela Medici may have, his expertise appears to be only marginally relevant to the inquiry. He is also Commissioner for the Voluntary Sector a position granted by the government without security of tenure. He serves quite literally at the pleasure of Joseph Muscat and while he is at his mercy, he cannot be considered in any way independent, let alone impartial.

Retired judge Michael Mallia is also an odd choice given the government’s nauseating repetition for the past two years right up to yesterday’s announcement, that there must be no cross-contamination between the present public inquiry and the criminal investigations the government insists are still ongoing in this case.

Judge Mallia has been tasked with assessing and investigating the content of Daphne Caruana Galizia’s work computer and is therefore part of the ongoing criminal investigations, such as they are.

His involvement in both inquiries is conflicted and by the rules of engagement set out by the government itself yesterday a paralysis for the proper conduct of either inquiry.

We are unhappy the government took almost two years to call this public inquiry and has done so only after international outrage and the certain prospect of a third condemnation in the courts for the breach of the Caruana Galizia family’s fundamental human rights.

The lack of consultation shows moreover that no attempt is being made to ensure that the inquiry is genuinely independent and that it allows for justice to be served and to be seen to be served.

Relatives of victims of any murder, let alone relatives of an assassinated journalist, deserve far better treatment by the state than what is being meted out to the family of Daphne Caruana Galizia. In these two years no liaison officer was appointed by the police, no briefings were given by the prosecutor’s office and no communication was held except over the prime minister’s public utterrances about how the state was ensuring justice after this assassination.

This policy of cold indifference to the sufferring of a bereaving family is exacerbated by a campaign of hatred led by the prime minister himself who treats Peter, Matthew, Andrew and Paul Caruana Galizia as if they were perpetrators of a crime rather than victims. The remarks he made yesterday suggested they must submit to his mercy if they are not to expect to defend a law suit he – Joseph Muscat – filed against their mother when she had not yet been killed for her work.

If the government’s intentions are genuine which, judging by the prime minister’s remarks about the victim’s family yesterday is something that is in serious doubt, we would urge the authorities to accept the family’s request for meetings to discuss terms of reference and choices for the composition of the inquiry that adequately fulfill the expectations of the European Convention on Human Rights for a truly independent and public inquiry into this case.

Joseph Muscat had on 16 October 2017 described the assassination of Daphne Caruana Galizia as “an attack on our democracy”. It is for Joseph Muscat to ensure that democracy fights back. Instead he’s fighting on the wrong side of this struggle.