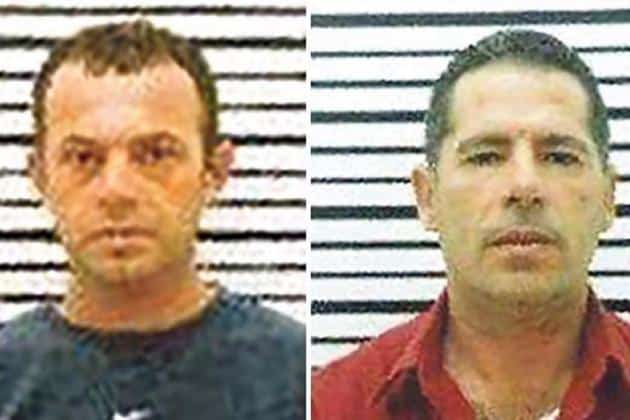 The Attorney General’s decision in the money laundering case against George and Alfred Degiorgio and George’s partner Adelina Pop to try them in the Magistrates’ Court instead of in front of a jury of their peers, raises a number of questions.

First, some background. Although money laundering clearly happens much more frequently, the Degiorgios are among the very few to have ever been charged specifically with the crime. That’s a matter of serious concern as Moneyval recently reported. Money laundering is a crime in and of itself, and acting upon it could prevent other crimes. The paralysis in the investigation, and in the consequent prosecution, of serious offences of this type, including offences of corruption in public office, took a serious turn for the worse since John Rizzo was removed from the police force in 2013.

The Degiorgios lived like kings. They drove sports cars and owned boats. Yet they officially had been unemployed for decades and their bank accounts were dormant. Alfred Degiorgio gambled profusely in casinos rolling dice on money that many would not earn in a lifetime.

That should have been enough to nab them, and doing that would have prevented them committing further crimes. But in a country where money absolves all sins, money laundering is not seen for the crime it is.

In this case there is, however, something far more profoundly disturbing. The evidence produced in court refers to events up to 2013. It shows that Portomaso was Alfred Degiorgio’s favourite casino by far and that his luck there defies all mathematical imperatives. Alfred Degiorgio is also charged with killing Daphne Caruana Galizia in a crime motivated by her writings which included revelations of corruption connected with Electrogas, another business part-owned by the owners of Portomaso Casino.

Therefore, the money laundering charges against the Degiorgios are not some ancillary detail. Money needs laundering when it is income from other crimes. And the Degiorgios are charged with a heinous crime with complex political ramifications. The two things may be unconnected. Or maybe they’re not.

The Attorney General will have weighed a number of issues when choosing which court to send the Degiorgios to. He is not obliged to motivate his decision so we can only guess what could have gone on in his thinking. I’m going to try.

The process in the Magistrates’ Court is much quicker. A bill of indictment is not required. There is no jury selection. There are no preliminary pleas before the trial starts, with the possibility of an appeal from the decision on those preliminary pleas to the three judges of the Court of Criminal Appeal (another nine months delay in most cases).

For highly technical or legally complex crimes, convictions by a jury can be hard to secure. Money laundering leaves no blood on the floor. Go back to the notion that in Malta there is this subconscious idea that those who have money must necessarily have deserved it, and that wealth justifies itself. Asking questions about its provenance is breaking through this subconscious taboo.

Jurors might acquit someone charged with money laundering because they see it as a ‘victimless crime’ and might even not fully apprehend why it is illegal. It would require an exceptionally competent prosecutor before the Criminal Court to gently lead the jurors through the complex financial evidence, and an even more competent judge to explain to them legal and factual notions – predicate offence, smurfing, real estate laundering. That may be another reason why the Attorney General might prefer a Magistrate’s verdict.

There’s of course the fact that a Magistrate’s maximum punishment is half the prison term that can be handed down by a Judge after a jury’s verdict: nine instead of 18, and a fraction of the fine (€250,000 instead of €2.5 million). Put aside the fine for a moment. The Attorney General might have reasoned that the difference in the prison sentence would be immaterial given that if he secures their conviction in their murder trials a nine-year sentence is no different to an 18 year one if either is served concurrently with a life sentence for murder.

The decision is therefore straightforward, right? Not so fast.

The murder conviction has yet to be secured. Scratch that, a date for the trial has yet to be set. The evidence to be presented in those trials is mighty compelling but it is also very technical. So far there appear to be no eyewitnesses as to what was planned, said and executed, as the three are being charged together. Therefore, any nervousness or hesitations about the behaviour of a jury in a money laundering trial because the evidence is technical should apply to the murder trial as well.

If you recall the case of Meinrad Calleja, he was put in prison for drug trafficking even though at the time that was the relatively minor charge. It was the only successful one as the complicity in attempted murder trial collapsed.

Also, it is contradictory to prefer the Magistrates Court because the process there is quicker but also to prefer the Magistrates Court because it does not matter they would be served a shorter sentence than a trial by jury because they’ll be getting life in the murder trial anyway. If they’re getting life, the Attorney General should not be in a hurry and should go to the court that can hand down the punishment commensurate to this crime.

The bottom line is that we do not know what was in Peter Grech’s head when he took the decision. And we’ll never know. That is a problem.

But there’s one more thing that must surely have crossed Peter Grech’s mind when he took the decision. Choosing the Magistrates Court in this case likely means choosing Magistrate Joseph Mifsud who has already been hearing arguments in this case.

People working in the criminal court have told me they are concerned that such a complex case may end up on Joseph Mifsud’s lap. Judging by his record his decision will have heaps of citations from other decisions thrown in – not all of them strictly relevant to the argument – and perhaps a folk song or religious prayer for a little colour.

But the risk is for Joseph Mifsud to overlook the actual facts of the case: what happened? Where? How? Why? Decisions of his have had to be overturned precisely because they lacked a proper examination of the facts presented in evidence against the accused.

In a money laundering case where only the facts in evidence really matter that cavalier attitude to detail might strike a mortal blow to the case.

You’d have to hope they know what they’re doing.