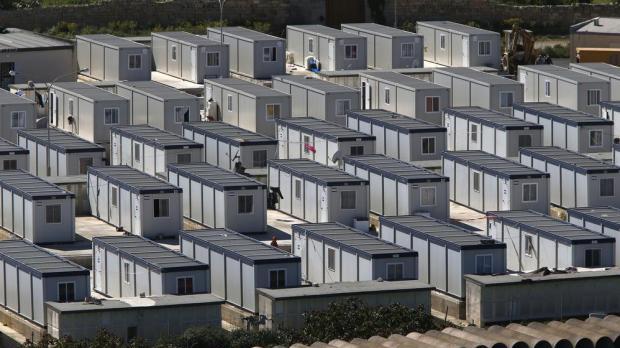 Drunk and disorderly behaviour, violence, damage to public property and physical harm to a police officer are crimes that must be met by the appropriate consequence of the law.

The illegal detention of human beings, the deprivation of their basic rights, their brutalisation by detention in inhumane conditions, starved of any means to retain their dignity and to feed their families is wrong and must stop.

One does not justify the other. And that argument applies both ways.

We forget the most basic human character that faced by injustice, there is nothing a human will not do to win their freedom.

We forget that the people we are talking about here rejected their fate of poverty in their own countries, crossed deserts and mountains and oceans in pursuit of their freedom. They lost their friends and almost lost themselves chasing the chance of finding dignity in honest work.

We forget that they found themselves in detention because of broken promises by countries that said they would take them in and give them shelter.

We forget that every day they wake up locked-down at a tent village we would consider unsuitable for ourselves to live in, they feel they are lied to again.

Assuming this produces the same reaction in all of them forgets that each is an individual. Some are meek, some are rebellious, some are violent. Some are essentially good people who are trapped in a bad situation. Some drink, some do not. Some are depressed, some are not. Some have hope, some have none. They are all different.

As all policemen and officers assigned to them are all different.

What is common to all of the police facing them every day is that they are thrown in the thick of an intractable problem having to be the ones to say no to their wards on our behalf. They deny them their freedom and their ability to move out and their ability to work. But they do so because we, as citizens, ask them to.

We are failing both the inmates of these concentration camps and their guards.

Let’s not be childish and try to pin this on a government or other. Malta has had inhuman detention policies for migrants for decades and it does not appear that we have learnt from past mistakes. Nor is Malta alone responsible for the indeterminate fates of so many inmates of these camps since most are there because pledges by other countries to let them in were followed by terminal bureaucratic lethargy.

As a government and a people, we are very far from a solution to this and that is mostly because we still think of ‘solution’ in racist terms where black people ‘go back to their country’. Our delusional simplifications of the reality of things prevents us – as a government, a people, a Continent even – from understanding that we must look at this movement of humans as a tide we cannot stop neither with chicken-wire fences nor anti-riot gear.

We must instead learn to ask why. Why have they come here? Why don’t they want to stay indefinitely under arrest? Why do they claim dignity for themselves when they have given up so much just getting here?

If we start to grasp the answers to these questions our country will be the safer for it. It is right that someone is punished for hurting a policeman or burning down a car. But it is just as right to find out why he did it and see if there’s anything we can do to prevent this from happening again without losing our own basic dignity as humans or depriving others of it.

Previous:The laundry
Next:That is not what citizenship means.