The Chetcuti Cauchi law firm missed its slots at the Delta conference in a sign that the M6 hidden camera scandal has rocked one of the most successful passport selling agencies in the country. 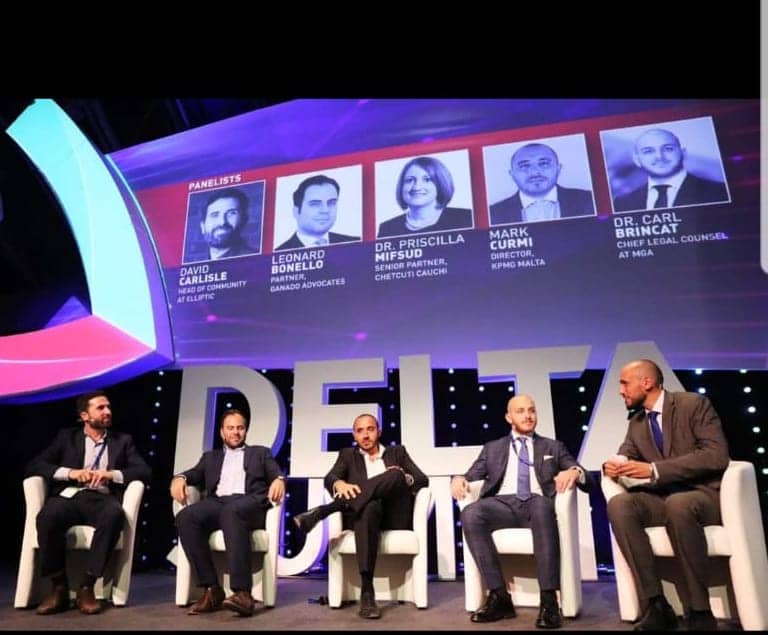 Priscilla Mifsud, senior partner at the firm, missed her panel seat at the conference this morning leaving an all-male panel made of competing businesses to take her place.

The Chetcuti Cauchi stand at the firm has been left unattended as leaders of the business have stayed away from the limelight on the same day that a case against the firm has been opened at the Commission for the Administration of Justice, a constitutional body.

The case opened after the Chamber of Advocates bounced on a referral made to them yesterday by Magistrate Caroline Farrugia Frendo after she found Jean Philippe Chetcuti, name partner of the firm, breached the code of ethics for lawyers.

That finding was a spin-off from a request made by Repubblika for an in genere inquiry into suspected crimes admitted to in the M6 hidden camera sting.

Magistrate Farrugia Frendo has yet to rule on the request for an inquiry.

Previous:Repubblika files fresh request for an inquiry into the VGH scandal
Next:RIGHT OF REPLY: Gozo diocese did not sell property to bishop’s relative