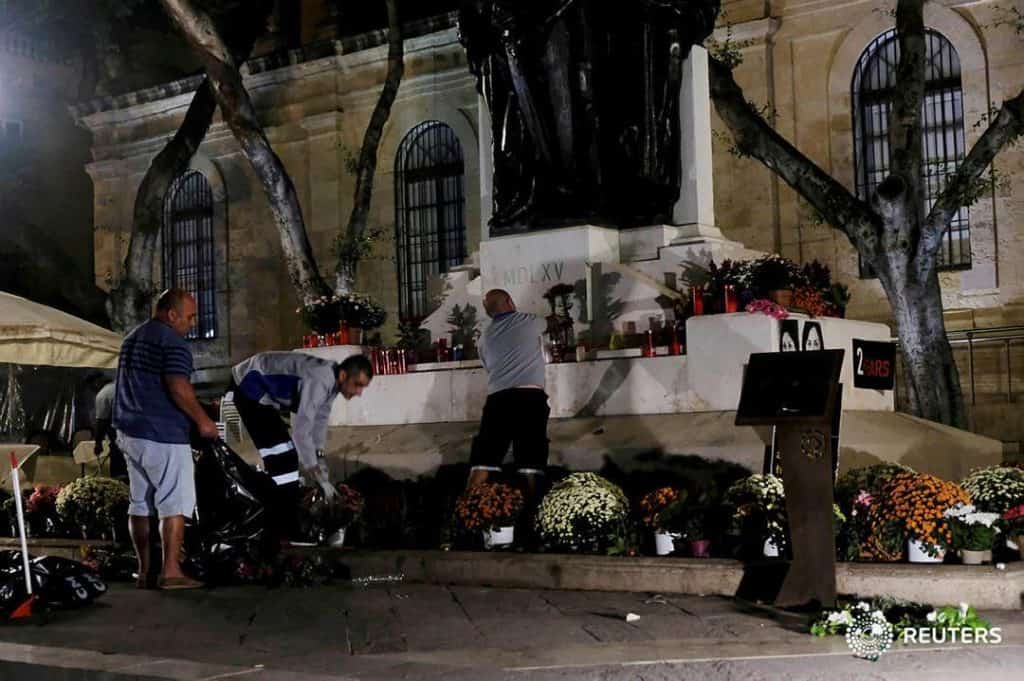 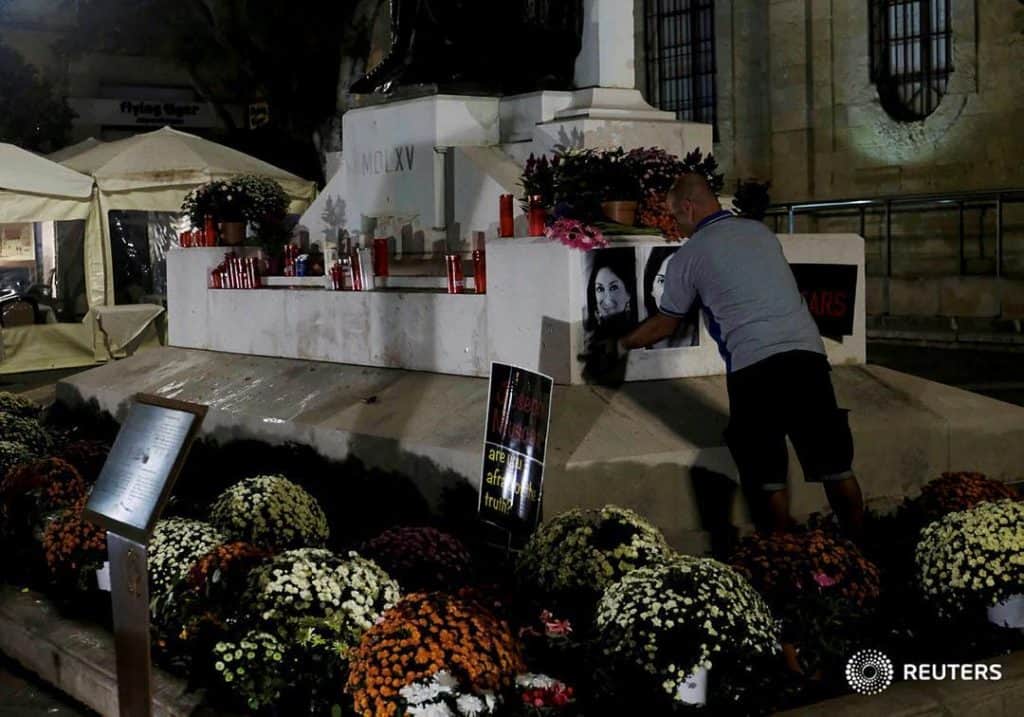 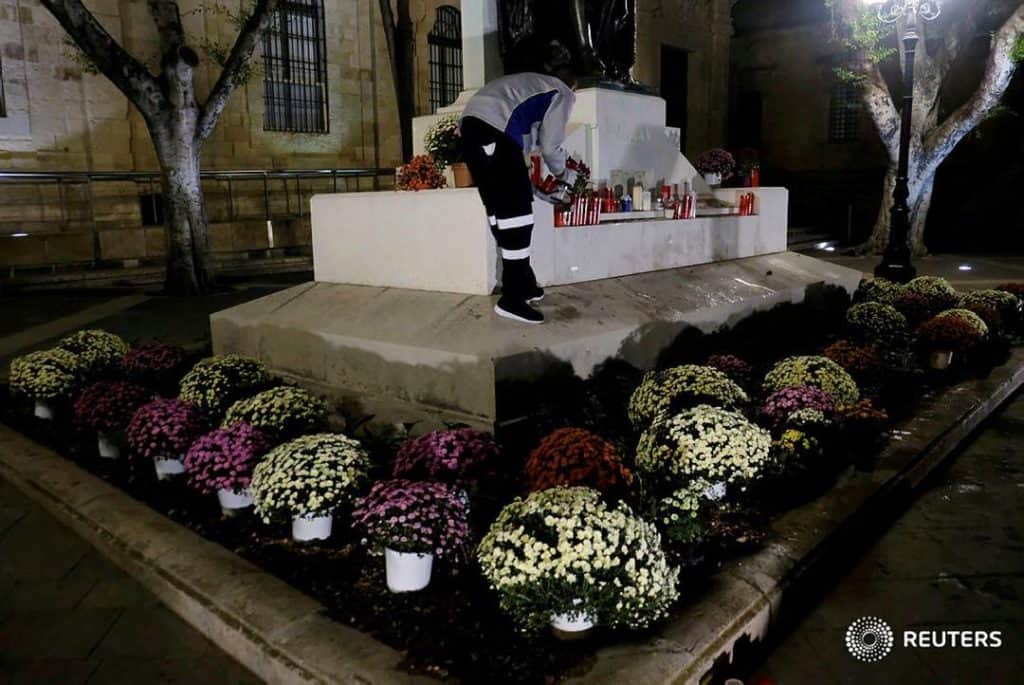 You can see in these Darrin Zammit Lupi/REUTERS photos from last night the care and attention the cleaners give to the plinth of the memorial. Ever seen a protester stand on it like that?

The cleaners were perfectly conscious of the presence of the photographer. This is their idea of due attention. But their primary concern was not having their face showing. They threatened the photographer of consequences should they be recognisable.

Because this is like the train driver working on a train east. He thinks he’s doing his job but he knows it’s not quite right, so he’d rather not be seen.

I have been in court for 14 months arguing this is a breach of human rights. We’re nearing a decision on that. Let’s see how that turns out.

In all honesty I think it’s worse than that. This is a hate crime.

Meantime the world watches in disgust.