First they came for the socialists 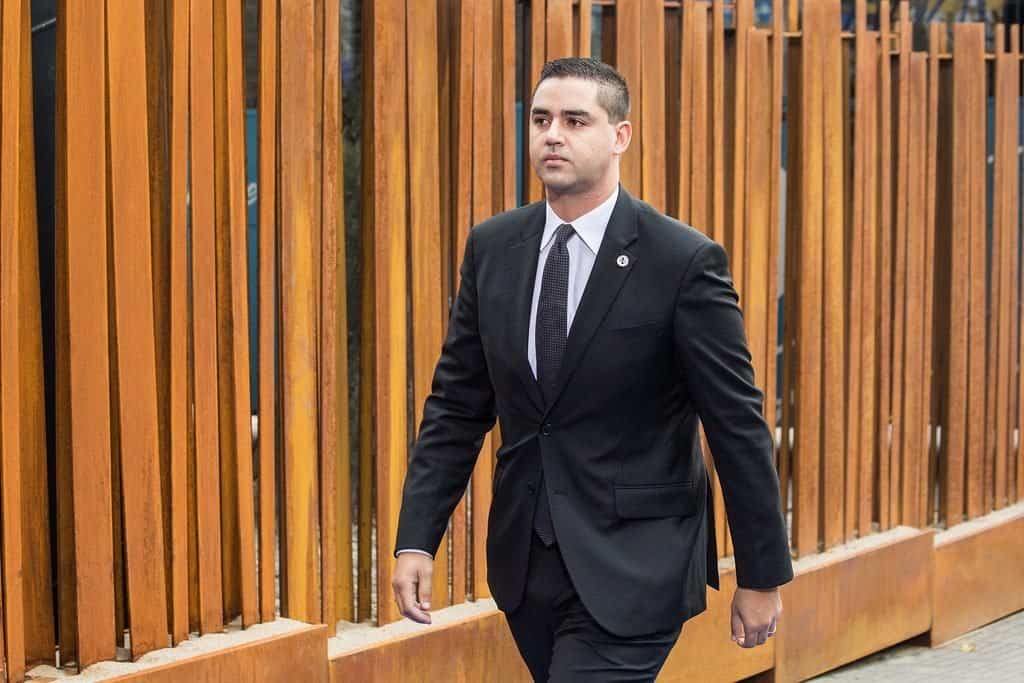 What the university did yesterday should be met by outrage.  Moviment Graffitti lampooned Ian Borg during Freshers’ Week, the yearly fair that is meant to help orientate new university students but which has become a fair for predatory recruiters and bankers to exploit just that disorientation. Graffitti put on a mask with Ian Borg’s face on it. That’s it. That’s all they did. It’s really a form of protest which would seem ordinary anywhere. Literally, child’s play.

But it offended sensibilities in our college of the liberal arts and sciences. Security guards pulled off the mask and requisitioned it. Take that in slowly. Taking away a student’s mask and telling its owner that it now belongs to the school would now seem draconian if this was St Edward’s. But deploying security guards?

Wearing a mask of Ian Borg is a security threat now?

At first this was dismissed as the misguided, rogue initiative of an overzealous ignoramus with a uniform.

But the university authorities officially backed the security guard up. Listen to this: “Freshers’ Week reaches out to thousands of students and is visited by various dignitaries. The UM feels that this event is not the appropriate platform to voice any form of protest.” The University however insisted that it was committed to healthy political debate.

Do you get the logic? We would encourage this sort of behaviour as long as there aren’t any people seeing it.

Now, again, this protest was not disruptive in any sense. Graffitti did not set fire to the stalls or let loose a box of laboratory mice under the feet of the stilettoed bank ‘sales persons’ working on commission. They walked around wearing a mask with a picture of Ian Borg saying what everyone always thinks of transport ministers everywhere, that they’re fucking wankers.

Because of course, we have to compare and contrast a little bit here. Transport ministers draw the short straw in politics. They are the only government ministers that when someone is late to a meeting with them, it is the minister that needs to apologise. Everyone thinks they’re a better traffic management expert. Everyone thinks they can clap eyes on a road and turn it into a park. Any policy decision that is made raises detractors and puts supporters to sleep.

When I worked for a transport minister and we were at the university’s freshers’ week a student made sure she was within earshot of press cameras when she called him a “fucking wanker”.

Bully for her. Protesting when nobody’s listening is like winking at a girl in the dark. You know what you’re doing, but nobody else does.

Encouraging students to be political and to be motivated to express themselves surely must mean that they can express themselves when there’s somebody there to hear them. You can wonder if a tree that falls in the forest when no one is there makes any sound. But there’s no wonder in the fact that if you put on a mask of Ian Borg when there’s nobody there to see it, you’re not a protester, you’re a fetishist with very particular and rather unattractive inclinations.

The university is another institution captured by the Labour Party. Yesterday’s act of blatant censorship, officially justified in a statement by the unashamed excuse that there were too many people at university that could see the protest for it to be acceptable, is the work of Alfred Vella, a Labour apparatchik with an elaborate toga who runs the university as its rector with 5 – five! – pro-rectors that help him bring everyone in line. 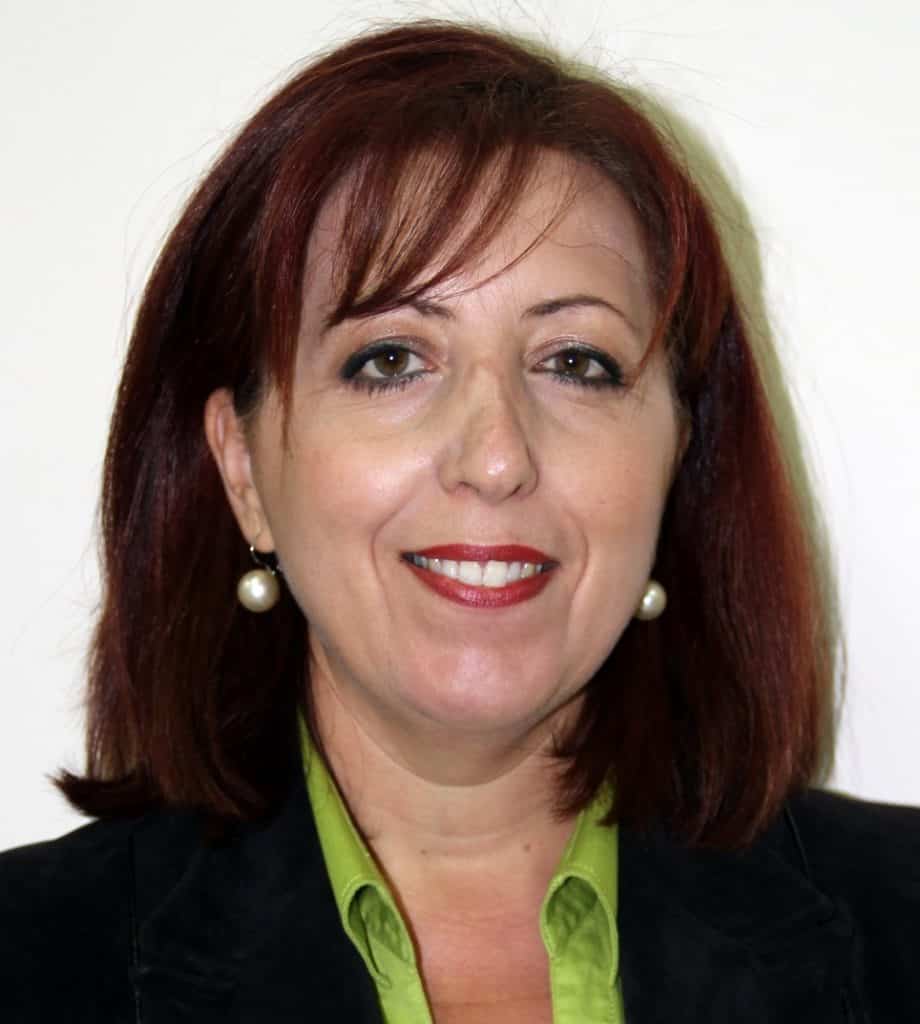 Yesterday’s act of blatant censorship would have been enforced through one pro-rector specifically, Carmen Sammut, whose responsibility it is to oversee events like fresher’s week. Her entire career has been consumed by the rewriting of history and kerfuffing political commentary in a way that in her mind the behaviour of Malta’s Labour Party makes some sort of sense. From a revisionist ideologue she has now been given a position of power, invited to write Kafkaesque history, rather than just reinventing it. And we can see how she’s using that power, by policing the university’s sterile complacency, conformity and compliance. Mrs Dolores Fuckin’ Umbridge.

Remember the same people who now wear the trappings of state power carrying a coffin in the streets in which they symbolically buried free speech because the university pulled a printed student magazine article written from the autobiographical point of view of a violent and sadistic child rapist? 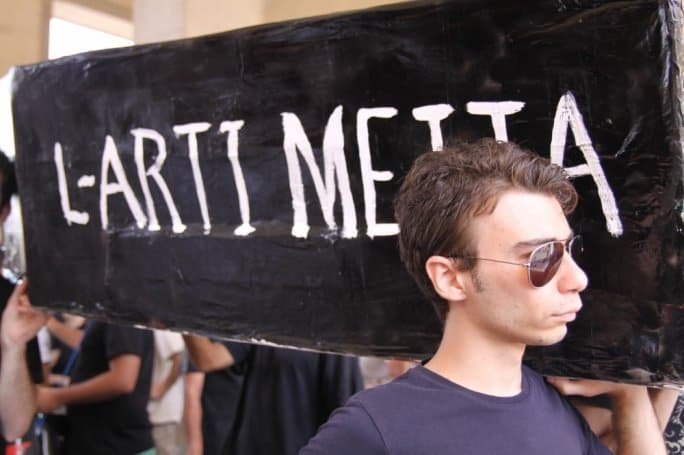 I cannot justify that university decision. The rector at the time said his lawyers told him the article breached obscenity laws and if he permitted its circulation, he’d be criminally liable. So, it is hard to blame the rector for that act of censorship. But the laws that he applied amounted to censorship and free-speech campaigners were right to protest.

But where are they now? How can they march in the street for the right to write from the perspective of a violent, sadistic child rapist but be ambivalent – and in their silence, hostile – to the right to mock a government minister?

This reality sums the situation up. The government tells us we are free. And we are, as long as the views we express are in conformity with its own. Graffitti is not free to put on an Ian Borg mask in Freshers’ Week because there are too many people watching.

My message to Graffitti is this. When they took away, every day, flowers and candles and messages of protest from the great siege memorial in Valletta because they don’t like that we protest for truth and justice for Daphne you should have stood up to notice.

In other words, here, when a protest happens it is not the protesters that get to decide where and how it happens, but those protested against.

If they don’t like what you say, they’ll come take it away from you and put it in rubbish bins. If they can do it to us, they can do it to you. They’ll do it to anyone that dares step in their way … when others are watching.

Previous:Didn’t the government say they were consulting the Council of Europe about the Daphne inquiry?
Next:The government’s idea of consultation