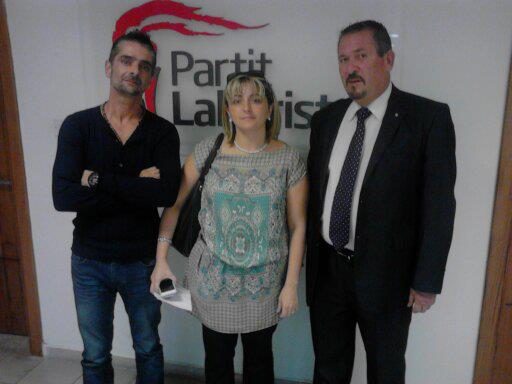 In principle, freedom of information legislation is there to reverse the old assumption that the business of government is inherently secret but some things are allowed to be known. ‘Open government’ assumes we have a right to know everything about government except for some exceptions. A person charged with a crime is not entitled to know the prosecuting strategies the prosecutor has planned against them. And hackers are not entitled to the prime minister’s email password.

That rarified list of exceptions to the broad and general principle of transparency was referred to by Malta Enterprise when it refused to give a document to the Data Protection Commissioner so that he could see if a request by Times of Malta to get a copy they would not give them could continue to be refused.

This is how it works. If anyone – such as The Times – knows a government agency has a document in its records that agency does not want them to see, they can make a ‘freedom of information request’ to the agency. If the agency still refuses a regulator gets to see the document and assess whether it meets the criteria for the exceptions the law allows the agency to cite in order to refuse.

The Times knows that Malta Enterprise signed a deal with VGH promising to sell them three public hospitals. But that deal was signed before – get this, before – the government invited anyone to make offers to buy the hospitals. As it happened, and presumably as was meant to happen, that call for offers was a sham and VGH ‘won’ a deal it had already signed up to before the call was made.

Malta Enterprise is arguing that the document is about a ‘commercial’ deal and is therefore an exception to the transparency principle. That’s a tenous argument. The government is not negotiating any more hospitals now or in the near future. The deal is from some time ago. And VGH don’t even own the hospitals anymore because they went bust and sold on the hospitals to someone else for an undisclosed sum. So where’s the commercial sensitivity?

The regulator – the Data Protection Commissioner – could have made that assessment if he had been allowed. But Malta Enterprise refused to give the document even to the regulator – it was that secret.

The Times took the case to court and the court agreed with Malta Enterprise.

Here’s the thinking of the court in simple terms – if thinking is an appropriate verb. True, we all have a right to information about the conduct of business of our government but some considerations trump that right, such as Malta Enterprise’s right to conduct commercial negotiations in secret. Therefore, the court said, Malta Enterprise was right to keep its document in the safe.

But if we’re ranking laws, here’s another law that the court should have considered trumps Malta Enterprise’s right to conduct its commercial business in secret.

Malta Enterprise does not have the right to conduct criminal activity in secret. If the document in its possession proves collusion and boundaries-shifting between buyers and the government over the hospitals deal and proves that the subsequent procurement process was a sham, the document is more than the conclusion of “an understanding”. It is that, but the ‘understanding’ would amount to a conspiracy to commit a crime, a crime in itself.

Therefore the right of Malta Enterprise to conduct commercial negotiations in secret would be trumped by our right to know if it is in possession of evidence of a crime.

There’s an alternative to all of this. The police could walk in the Malta Enterprise offices with a warrant, lift the document and if it proves a crime prosecute the perpetrators. Failing that, Repubblika’s application for a magisterial inquiry into the VGH sale which has already been granted once should not be blocked again by some Judge Giovanni Grixti that went to spectacular ends to find reasons at law for the mere question on whether a crime has been committed in this case to be looked into.

But since no institution would look into this it is the free press’s job to challenge and find what really happened. And, frankly, the courts’ job is to protect the press in the exercise of that function, not protect the government in its efforts to continue to hide what it has no earthly (and legitimate) reason to continue to hide.

Yesterday’s decision was not Judge Giovanni Grixti’s. It was Judge Joanne Vella Cuschieri’s. She’s the subject of another Repubblika action in court that questions how someone who in March 2013 was on camera shouting “Viva l-Labour” could have been in 2014 – when she was recruited by Joseph Muscat to the judiciary – anything but a key element in a conscious plan of the Labour government to ensure that the judiciary is studded by people who would be happy to cover up its crimes.

Previous:Frankfurter Rundschau: A murder of a journalist is still unpunished
Next:We’re figuring out this murder, you know.