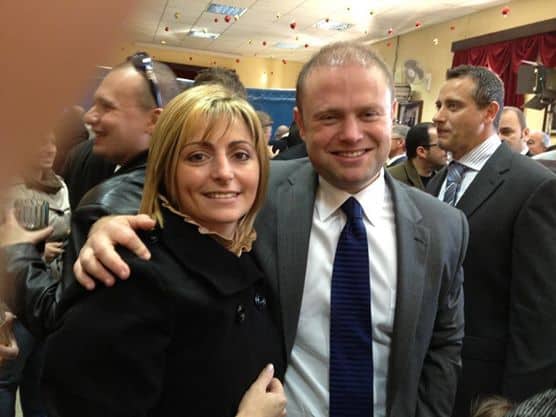 The question was whether a The Malta Independent article about Keith Schembri and about the front-man of Keith Schembri’s businesses while the prince of darkness graces us with his wisdom as prime minister’s chief of staff is defamatory.

One court last week said it wasn’t. It was presided by Judge Anthony Ellul. Not a Nazzjonalist. Not a Laburist. Just a judge.

Today, another court said it was worried about Keith Schembri’s reputation which deserved protection and The Malta Independent was malicious in reporting about him the way it did.

Keith Schembri? A reputation to protect? Oh, come on, seriously?  Panama, New Zealand and Lord knows what else ring any bells?

Today’s Judge was Joanne Vella Cuschieri. She was made judge last April in a promotion Repubblika is saying is null because it reflected what the Venice Commission had said almost a year ago: the power and discretion of the prime minister to decide who gets to rule about his bloody chief of staff is not consistent with what it is reasonable to expect in a democracy.

What is reasonable to expect in a democracy, they said, is that judges sitting in judgement over us are not awestruck by, indebted to, or held at gunpoint by the government of the day.

And in Joanne Vella Cuschieri we see what the Venice Commission sees:  a classic case of  the prime minister’s unacceptable power being grossly abused.

In 2014, Joanne Vella Cuschieri was first enrobed to the lower rank of magistrate. She was picked out of all the lawyers her age by Owen Bonnici. School buddies and all that.

A year earlier, in March 2013, Joanne Vella Cuschieri was a Labour Party candidate. She professed to her audience the values and life lessons she inherited from her parents. She didn’t say they taught her honesty and hard work. She didn’t say that they had taught her fairness and truthfulness.

No. The lesson she said they taught her, a lesson to serve for the rest of her life is summed up in the words: “Viva l-Labour”. Watch this video if you don’t believe me.

This is the state to which justice in this country has been dragged down for us to gaze upon it in awe.  A place where Keith Schembri – the Keith Schembri to whom the foul, rotten smell of greed and corruption clings relentlessly –  (go on, sue me, you sullen bellend) – can have a reputation worth protecting  by a judge who five years ago declared to the world that her philosophy for life is summed up in “Viva l-Labour”.

While we mourn justice.

But we’re not a crowd of funeral-moping types.

If there is justice, Repubblika’s case will be heard and Joanne Vella Cuschieri’s judgements will be trashed. Then we can protect The Malta Independent from this flagrant the denial of their basic duty to inform the public of what their corrupt masters are up to.

Previous:Daphne and Anna: Proudly dissenting
Next:The real question is how can we have an economy without banks