All night protest vigil on the eve of Republic Day

A group of people are convening around the protest memorial to Daphne Caruana Galizia in Great Siege Square, Valletta to spend the night guarding the memorial from the nightly onslaught of cleaners who come to take it away. 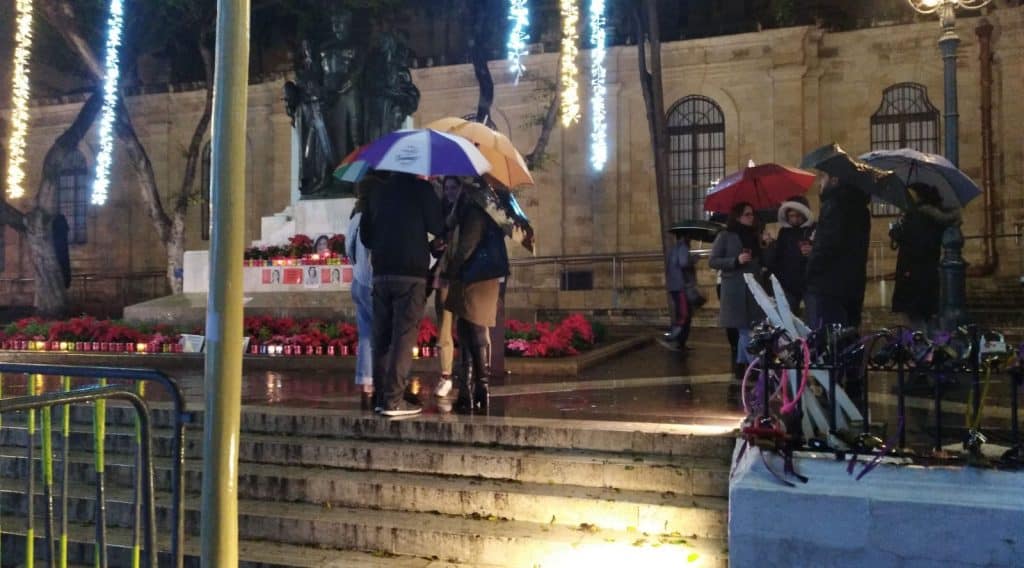 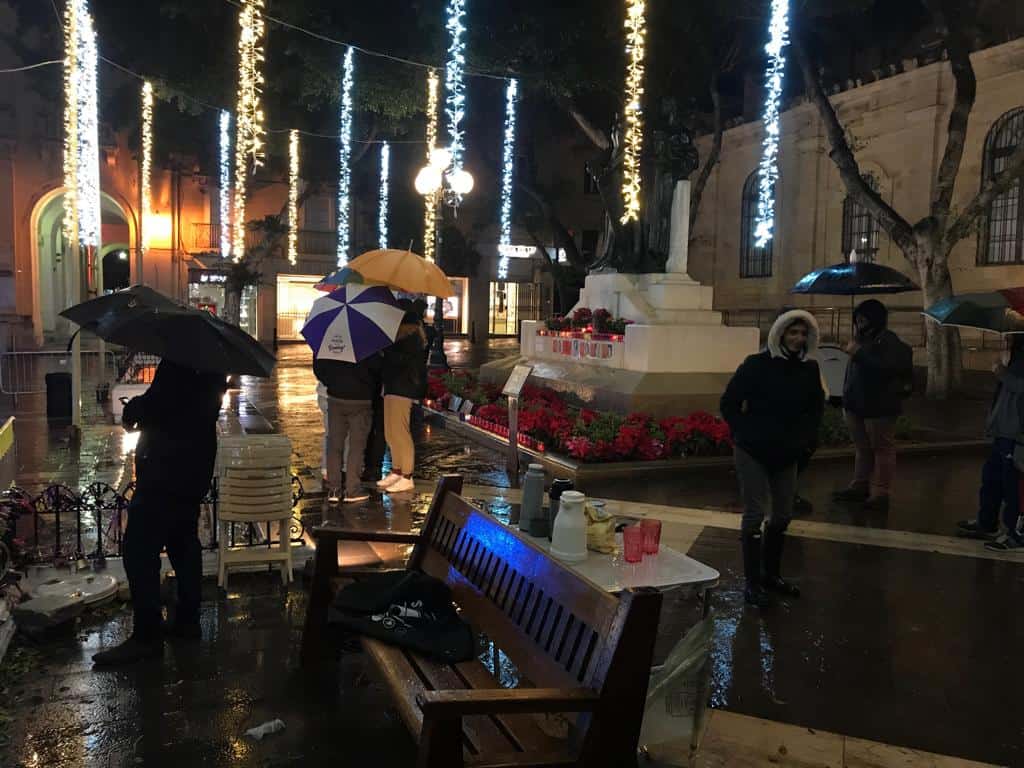 The protesters call themselves a “group of concerned citizens” and have called people to join them for all or part of the night with blankets and tents so that the memorial can be guarded until the feast of the republic tomorrow.

This was the appeal they released:

‘Always look for the silver lining, it’s there, somewhere.’

That silver lining is there, standing sentinel across from our courts of justice. Daphne Caruana Galizia’s Memorial, the one truly beautiful thing to grow out of this terrible darkness. Every day since October 18th 2017, two days after her murder, a number of dedicated people have lit candles and laid flowers and tributes to Daphne Caruana Galizia at the base of Antonio Sciortino’s statue; a Public Monument to the Fallen of the Great Siege.

And every time, under the cover of night, government workers, under orders from the Minister for Culture and Justice Owen Bonnici, cleanse the public memorial from all traces of Daphne Caruana Galizia.

Faith, Fortitude and Civilisation do not only stand in remembrance of the people that gave their lives during a war fought in 1565, they stand for all those who gave their lives in the service of this Island Republic.

And today they stand for Daphne Caruana Galizia.

It is not enough for the government that Daphne was physically obliterated for the words she wrote and for the truths she knew. They wilfully destroy her memorial every day, killing her all over again. We suspected why they did it, but now we know why they do it. Guilt.

The Office of the Prime Minister is directly implicated in the assassination of a journalist.

To these men, our elected leaders, who fear flowers and candles, images and words, who dehumanise women, calling them violent protesters and traitors and worse, you are no longer our leaders. Under a state-sanctioned carpet bombing of bile and hatred towards activists, these women and men, Maltese and foreign, stand up to this injustice with love and care and resurrect Daphne’s memorial daily, exposing the nerve of hope, that silver lining for all of us to see.

To these activists we say thank you.

Thank you for nursing and caring for this symbol. Thank you for lighting the candles and laying the flowers that are nurturing the growth of our civil society.

To celebrate these 45 years of our young Republic Island, we call on people and friends to join us on the eve of our Republic’s birth, for an all-night solemn vigil, to stand by Faith, Fortitude and Civilisation, to stand by Daphne Caruana Galizia, her sons and her family. And to stand up to those who fear the light of a candle and the beauty of a flower. “It is far better to light the candle than to curse the darkness” 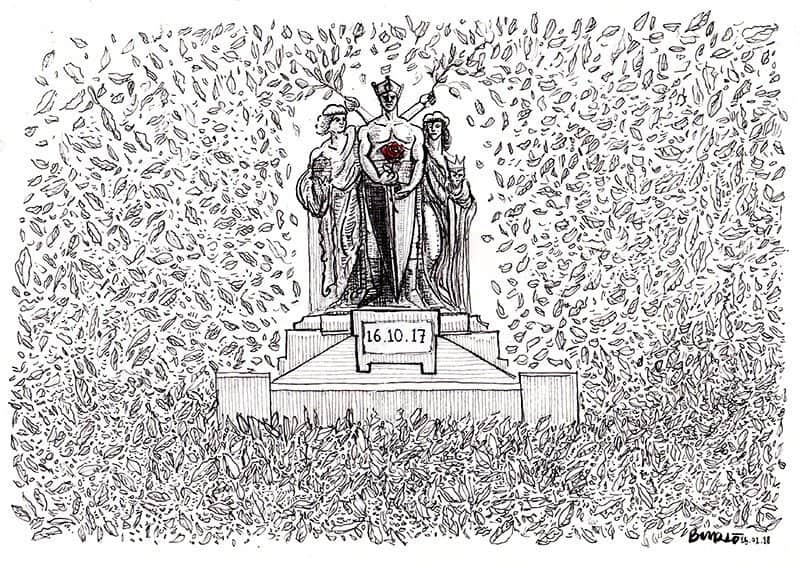