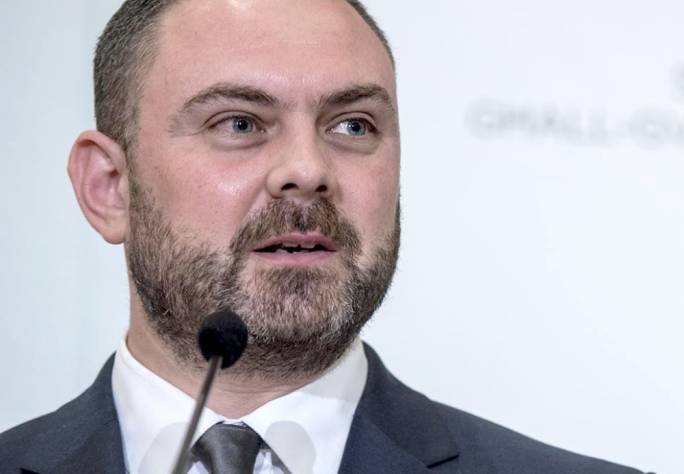 It was Daphne Caruana Galizia that was killed in a car bomb and her family that lost their mother, daughter, sister and wife. But the government still wants to cast itself as the victim of this crime.

Keith Schembri remains at large, protected by his pal Joseph Muscat still in office in Castille and briefed regularly by Neville Gafà who continues to bring who knows what information from the highest seat of government from right under the nose of the prime minister. And yet the government still wants to cast itself as the victim of this crime.

Not all reporters heard the same thing. But at one point Melvin Theuma said in court this morning he feared for his life. He said that since Yorgen Fenech had had Daphne killed he was scared he might have been next.

That’s how Times of Malta reported it. But Malta Today, Newsbook and Lovin Malta heard it subtly differently. In the same context Melvin Theuma was speaking about Keith Schembri helping Yorgen Fenech. And in that context, he is quoted saying “like they killed Daphne Caruana Galizia, they would have killed me too”.

The official transcript of this morning’s testimony will of course determine what Melvin Theuma said exactly. But it is a very fine line that the pardoned witness is dancing on between explaining how Keith Schembri would carry information from security briefings given at Castille and hand them over to the mastermind of a murder conspiracy on the one hand and denying Keith Schembri was the mastermind of the murder himself.

Owen Bonnici was waxing melodramatic this morning. Ever the victim, he said he felt “betrayed” by the notion of Keith Schembri spilling official secrets to a wanted murderer.

Betrayed, is he? What, was Keith Schembri his boyfriend and now he’s gone for someone younger?

As Justice Minister and as a person authorised to have access to security briefings it was and is Owen Bonnici’s responsibility to safeguard the integrity of the state’s information. It is his duty to ensure that the work of investigators is not served on a silver platter to wanted assassins.

When Owen Bonnici was briefed that Yorgen Fenech was a suspect he should have had the good sense to recommend that Keith Schembri is excluded from the security briefings. His first duty was not to his prime minister but to the republic to which he swore an oath. He should have formally advised the prime minister, and if that did not work, proceed to advise the cabinet, that in view of the 17 Black and Electrogas allegations, Keith Schembri’s access to state secrets was now a threat to national security.

If he bothered to spend a minute to read what was written on all those posters he removed from the Great Siege Memorial every day for the past two years he might have wizened up and prevented himself looking like a complete idiot now.

The state was a suspect in this crime for two years. The Europe-wide campaign for an independent inquiry was grounded in that precise suspicion. If he did not spend two years resisting the commencement of the inquiry without any form of legal basis he may have come to understand sooner what many of us have long suspected.

It is not Owen Bonnici who has been betrayed. It is he who has betrayed us. Even with access to privileged information he did not or pretended not to suspect his colleague sitting at the same table was collaborating with the suspected assassin.

Melvin Theuma is struggling to keep a fine line. It’s the absence of a proper mafia law in our criminal code that makes fine a line which need not be fine at all.

Consider a bank robbery. A group of three masked robbers enter a bank armed with sawn-off shotguns. One of them shoots to kill the policeman on duty and the three of them pick up bags of money.

Outside is their getaway car. The driver honks three times when he gets a signal on his phone from his buddy at police HQ telling him the alarm from within the bank had reached the cops and the boys in blue were on their way. They drive off before the cops arrive and get into a garage where they’re expected by a repairman who gives them another car to leave with and proceeds to strip down the original getaway car making it unrecognisable.

They take the money away and three months later pay off the bent cop who made the call and the garage man who covered their switch.

Does it matter? The police guard got killed and our metaphorical Keith Schembri equivalent was part of the conspiracy that killed him.

And yet, there is our very real Keith Schembri. Running the country from Mellieħa while Owen Bonnici thinks it’s ok if he says he’s betrayed and lives up to that part of his job description that gets him to clear the Daphne protest memorial in Valletta.

Someone’s got to do it.