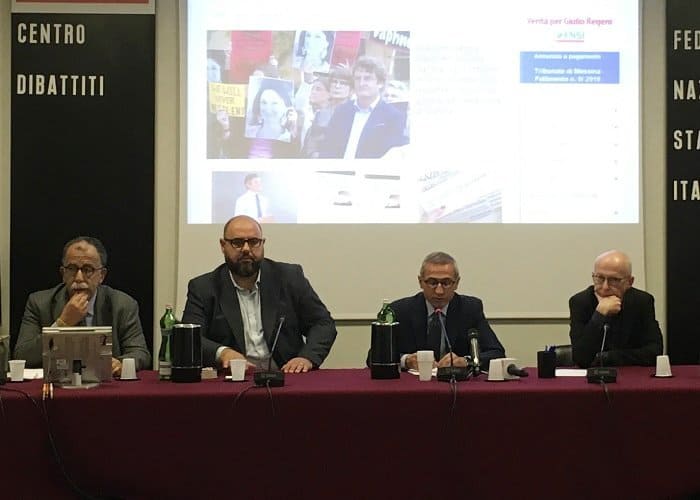 The president of the union of Campania journalists Sandro Ruotolo has proposed to extend the membership of the union to independent Maltese journalists committed to dig up the whole truth in the case of Daphne Caruana Galizia’s assassination. The proposal was made at the annual meeting of Articolo 21 in Rome. “The Italian Federation of Journalists FNSI and the international union of journalists have sent a strong signal to Malta in the past days. It is important to keep the light on Malta on, especially by supporting our colleagues in Malta who continue to investigate and to report”.

Sandro Ruotolo was with Paolo Borrometi in Malta in late November representing FNSI at one of the Valletta protests organised by civil society. “FNSI will act through its Campania member-union allowing in that way to join the international union of journalists.