Is this supposed to clear Keith Schembri? 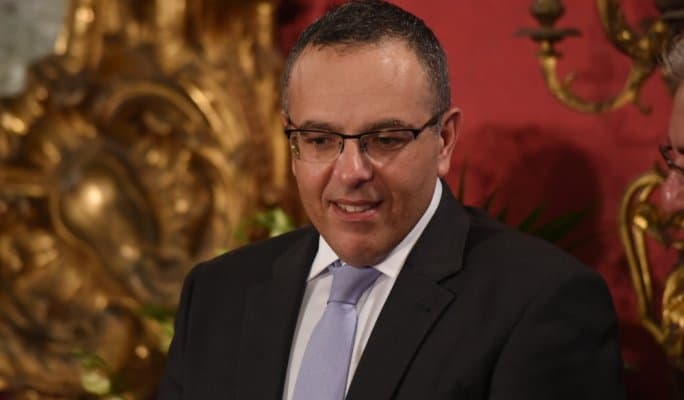 Testifying in court today Inspector Keith Arnaud says that Melvin Theuma once flew into a rage and mentioned Keith Schembri. “That was the only time Schembri’s name came up,” he says.

And testifying himself in court Melvin Theuma says that he “cannot under oath state that Keith ever handed me money or ever spoke to me about Daphne’s murder. I was afraid because the two were great friends. For me, Yorgen Fenech was the mastermind”.

Neither one of these statements clears Keith Schembri.

Let’s start with Keith Arnaud’s point that Keith Schembri’s name only came up once in anger. The remark is odd. Because Keith Arnaud then proceeds to report that Keith Schembri’s name and the names of other staffers at the office of the prime minister ‘came up’ several times. And when Melvin Theuma takes the stand they ‘come up’ again and again and again.

Then Inspector Arnaud says Melvin Theuma said Yorgen Fenech said Keith Schembri would do what he could for the Degiorgios.

At another point Inspector Arnaud says Melvin Theuma had been updated by Yorgen Fenech on a meeting in Castille where the prime minister was briefed about the murder. Keith Schembri was present at the meeting.

Inspector Arnaud also recalls Melvin Theuma’s mystery Castille meeting with Keith Schembri. From what we’ve been told so far, the meeting, set up within days of Melvin Theuma getting his commission to arrange for the killing of Daphne, seems to have involved a main stairwell greeting by the prime minister’s chief of staff usually reserved for visiting dignitaries, a coffee, a souvenir photo snapped by Sandro Craus, senior staffer at the prime minister’s office and a tour of the Auberge de Castille.

Inspector Arnaud could not tell the Magistrate what was discussed at the meeting or why this meeting was followed up with a government job. “He (Theuma) never gave a clear reply”.

Keith Arnaud is not done testifying yet so there could be other details where ‘Keith Schembri’s name comes up’.

Melvin Theuma may not be able to confirm receiving money from Keith Schembri. But there’s a lot else that has happened that it does not seem that Melvin Theuma can properly explain.

More importantly however, Melvin Theuma does say he was tipped off ahead of the December 2017 arrest of the Degiorgios and Vincent Muscat.

Now this is deeply significant. Yorgen Fenech’s connection to 17 Black was not known in December 2017.  If Yorgen Fenech tipped Melvin Theuma about the Degiorgio’s arrest someone tipped Yorgen Fenech knowing he was involved in the assassination of Daphne Caruana Galizia without the benefit of the public release of the 17 Black scandal revelations.

It seems that to this point Melvin Theuma has not been asked whether he believed Yorgen Fenech was tipped by Keith Schembri. If he was this would be more damning evidence that Keith Schembri was involved in the plot from a very early stage.

This combines with the fact that the prime minister’s body man Kenneth Camilleri appears to have visited Melvin Theuma and promised him the Degiorgios would be bailed out when Vincent Muscat started spilling the beans. That too was before the identity of the 17 Black owner was known.

On this point specifically, Keith Schembri’s name does come up. Melvin Theuma says “I was convinced they were sent by Yorgen or Keith.”

These testimonies far from clear Keith Schembri. They confirm his and his staff’s involvement in the plot at least after the murder itself occurred. They indicate an effort to protect suspects from justice.

One possible motive for involvement in a cover-up is preventing investigators from discovering their possible involvement before the murder as well.

These questions require a proper investigation into the possibility of a deeper involvement of officers of Joseph Muscat’s private staff, foremost among them Keith Schembri, into the plot to kill Daphne Caruana Galizia.

I use these terms advisedly. While he continues to get daily briefings from Neville Gafà, Keith Schembri continues to enjoy the only privileges of his office as prime minister’s chief of staff he was ever interested in: including the power to manipulate the course of justice and live in complete impunity.

I listen to these testimonies and I wonder in what universe would it still be justified that Joseph Muscat would remain in office even now.

Previous:We’re not going to rain on Friday’s parade. But the greedy, the corrupt, the complicit and the inept need to feel the heat.
Next:Campania journalism union offers to sign up independent Maltese journalists to help protect them