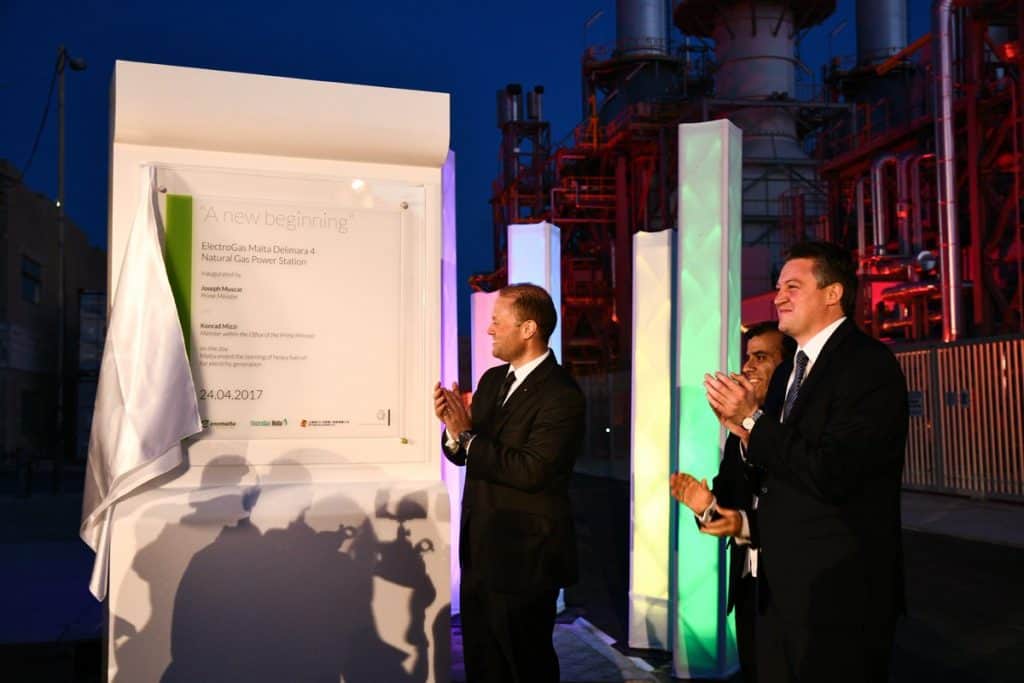 Maltese energy consumers are set to stuff the pockets of the owners of Electrogas with larger profits in 2020 as the global market price of liquid natural gas (LNG) is set to tumble due to a glut of supply and overproduction of LNG in the US, Russia, Qatar and other supplying countries.

Although Malta’s energy distributor Enemalta is contractually bound to purchase energy from Electrogas even if it can source cheaper energy through the undersea interconnector with Sicily, Maltese energy consumers are not set to benefit from the considerable price drops.

In fact, Maltese consumers were already paying rates higher than market prices in 2018 when market prices amounted to about double what they’re expected to be in 2020.

That’s because the purchase price Enemalta pays Electrogas for energy has been fixed for 18 years without regard to any reduction in market prices in all that time. A 2018 analysis by The Guardian showed that Maltese consumers were already “losing hand over fist” for their energy in spite of world market prices which by 2020 standards were very high.

The Azerbaijani state-owned energy company SOCAR, that owns a third of Electrogas, is supposed to supply gas to Electrogas which in turn supplies energy to Enemalta. But the fixed contracted price was so much higher than the market cost of LNG that instead of supplying its own gas, SOCAR bought gas from Shell on the international market, resold it to Electrogas and sat on the fat profits it made from its effortless transaction.

Maltese consumers paid for the difference.

Meanwhile international consumers of gas-fired energy suppliers can look forward to cheaper electricity rates next year. This report in The Guardian says that in the UK the market price for gas hit 10-year lows of 24.75p per therm in September, compared with an average price of 55.63p in the same month last year as imports of LNG reached new highs.

“The record number of seabound cargoes arriving on UK shores has kept gas market prices below 40p per therm, even as temperatures fall, and experts believe the price will drop further in the months ahead.”

As the cost of the raw material for Electrogas goes down but the selling price to Enemalta remains unchanged, profits for its owners are expected to skyrocket. In the meantime Maltese industries, particularly tourism and manufacturing, will have their competitive edge eroded as their competitors in other countries have their energy costs reduced while local industy pays higher energy rates.

This will be another impact on the Maltese economy of the Electrogas deal that has given the owners of Electrogas a unilaterally advantageous deal that can only be explained by the corruption with which it was awarded.

More news emerged today in a Times of Malta report of lavish gifts to disgraced prime minister Joseph Muscat paid for by Yorgen Fenech, part owner of the Electrogas consortium and CEO of the company GEM Holdings that owns a third of Electrogas.

Yorgen Fenech has been charged with masterminding the murder of Daphne Caruana Galizia who discovered shell companies held in Panama by Keith Schembri and Konrad Mizzi set to receive bribes worth €5,000 daily. She reported that a third Panama company Egrant, belonged to Joseph Muscat’s family. A subsequent inquiry did not find evidence confirming this.

Previous:Keith Schembri travelling out of Malta with his family — reports
Next:Provocation