‘Provocation’ is a word cowards use. They resort to it when they run out of any reasonable argument and they’re getting ready to respond with violence instead. When there is no longer an excuse to twist facts and make the insane look reasonable, they place a deposit in the advanced justification of the punches they would subsequently blow.

The government resorted to the term ‘provocation’ when it ran out of arguments facing street protests demanding its resignation, or at least its prime minister’s. As the evidence flowed out in court, as the extent of the scandal became clearer to more people including people who supported the Labour Party all their lives, as the excuses and justifications of the past three years were shown to be lies, the government pivoted saying now that protesters were being ‘provocative’.

Consider how they mobilised practically the entire police force on Republic Day hoping for some accident and when that did not happen, they conjured victims like soldiers and Paralympians. The government could not allow the discussion to stick to what the protest was about: that we had a prime minister implicated in a murder and mired deep in corruption and that we shouldn’t have such a prime minister at all. It could not allow that because it is impossible to disagree with the idea that prime ministers should not be thieves, let alone murderers.

Of course, this argument only works if you think protesters are a category of people that have no other characteristics beyond their desire to protest. But of course, among protesters there are parents and children who love Christmas, there are people who depend on the Community Chest Fund to fund the cancer treatment their government refuses to pay for, there are business owners who are scratching their heads about having ends meet after a nightmare 2019. There are even policemen and soldiers who think it wise to stay away from protests when they’re off duty but still sympathise with their cause. 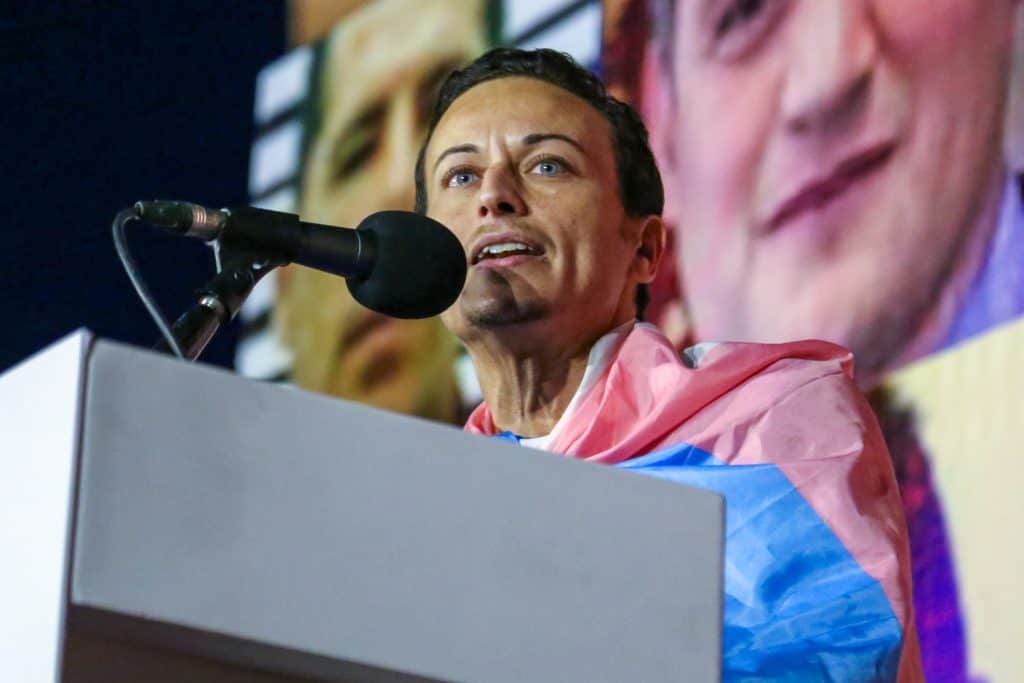 Perhaps one of the protesters had argued it best. Christian Pace spoke at a protest literally wrapped in the LGBT pride flag. There could be no doubt that he belonged to a category – LGBT. But, quite rightly, he publicly rejected the idea that belonging to that category would pre-determine his opinion about having a corrupt prime minister implicated in murder. And he particularly resented the government’s assumption that it would.

As if protesting against Joseph Muscat required protesters to be square and straight. That’s as absurd as the idea that Christian Pace or any other protesters was trying to ‘provoke’ anything beyond provoking the prime minister to resign and the police to sit him down for a proper investigation.

Now consider Joseph Muscat’s ongoing to trip to Dubai. In the same week that he’s faced enormous criticism for lavish gifts he accepted from Yorgen Fenech, charged with being the mastermind of Daphne Caruana Galizia’s assassination, he organises for himself and his family a “holiday” that if taken at face value he should not be able to afford.

The Dubai trip is madness. A three-day holiday to a destination half a continent away is really down to a single day. He flew out of Malta Friday afternoon getting to Dubai early Saturday. To be back in the country for work on Monday he needs to fly back out before sunrise on Sunday.

That gives them a day of whatever it is one does in Dubai for fun.

They flew there in First Class which costs the Muscat household a quarter of their gross yearly income. If he has dipped into his savings for the first time in 6 years right on the eve of losing his job, the only income of their household, the man is crazy to spend that sort of money on a one-day jaunt.

Of course, he’s not paying for any of this. Like his expensive watches and his other habits, this trip too is a gift. When people spend money, they should not rightly have they are committing the crime of living off stolen goods. They are also showing they have indeed stolen the goods they are spending.

In the religion professed by Joseph Muscat showing off wealth is expected behaviour. Flaunting it is not seen as crass and uncouth. On the contrary expensive habits are an object of admiration. That sort of thinking only works in a religion that abandons all notions of right or wrong. If more is always better, it cannot matter how the more has been obtained.

That religion is not new. It’s in the sharp suits and huge gold pinkie rings, the flashy cars and the bejewelled necks of mafia ‘wise guys’ and their wives. The contemporary version is in the hip-hop videos of young men wearing fur coats, thick gold necklaces and waving wads of cash surrounded by twerking women added on as more expensive furniture for their drug fuelled lives.

When criminals do that – when they flaunt their money – they are not simply living it up, enjoying the fruits of their labour. They are also provoking. They send a message to the world that they’re not merely criminal. They’re also untouchable. Nothing can be done about the money they steal. Look how they spend it.

We can speculate about the real reason for a one-day trip 4,000 kilometres away. We are entitled to wonder if he’s been joined there by his co-conspirator Keith Schembri. We can wonder if his Dubai bankers have told him they can no longer take his business and give him a manager’s cheque for his stash like they had done when they turned down Yorgen Fenech and his 17 Black account. We can speculate that he took his daughters with him to set up a trust in their name ring-fencing his money from any possible future investigation into his conduct when prime minister.

It’s not likely we’ll find out soon if any of that is true.

But some things we know are true. Joseph Muscat took this mad trip with his wife and children. He paid for it somehow. He boarded the plane grinning like his parents were taking him to Disneyland. His wife in that photo of her sneaked by some peasant – as she would see them from the heights of First Class – riding in Business Class did not look concerned about how her lifestyle would have to change after this trip.

They were provoking the rest of the country. They were goading the country to do something about their crimes.

Joseph Muscat was yesterday recognised by the OCCRP as ‘Man of the Year for Corruption’ an award granted before to Ilham Aliyev, Rodrigo Duterte and Vladimir Putin among others.

Seeing them fly out on that Dubai trip yesterday made even this accolade sound like a timid raspberry. The Muscats have reached depths of depravity comparable with the Marcos, the Mugabes, the Suhartos and the Ceausescus. The reason they won’t be remembered for as long as this roll call of blood-smeared mink-coated tyrannical couples is that the Muscats’ regime has lasted a mere six years.

Every day that it drags on, is the postponement of the healing of our country. 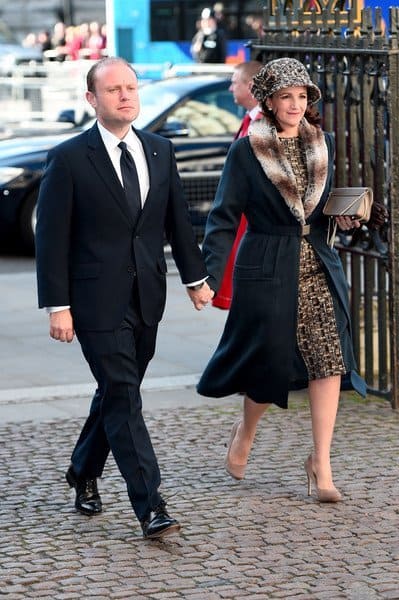 Previous:Fat profits for Electrogas set to increase in 2020 as world market price for gas drops by half
Next:This is not justice. 5 January we protest again.