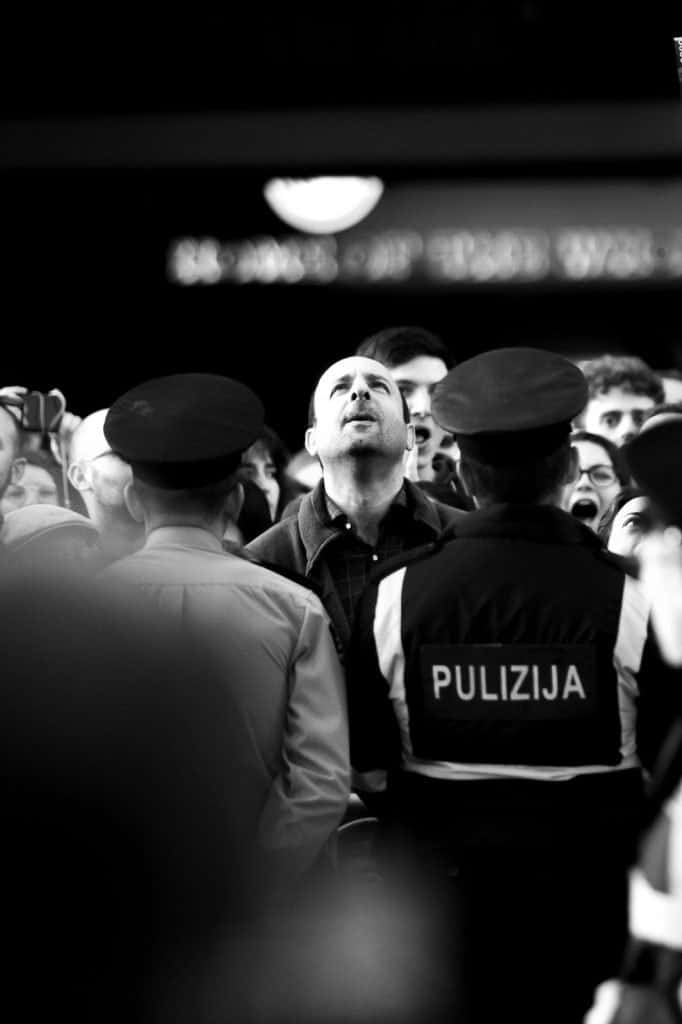 Christian Peregin, who is churning out one top notch commentary after another, wrote at one point that it would be a mistake for the Labour party to try to project the ongoing crisis as a tribal issue between Laburisti and Nazzjonalisti.

When Michael Farrugia said protesters amounted to “PN”, NGO Aditus was furious. They have far deeper credentials than Repubblika or me or #occupyjustice and ignoring the fact that they’re protesting too is a callous disregard for civil society. Moviment Graffitti have been around for a quarter of a century. Call them PN and you’re positively mad.

How dare the Home Affairs Minister @dr_micfarr say “civil society is the PN”? ??

We are independent organisations with no party allegiance, committed to human rights for all persons in Malta.

If the Minister is not comfortable with NGOs in the country then he may get out! https://t.co/lhIOcVbA1e

Saviour Balzan has been writing advising Joseph Muscat to resign now. He has reasons not to be marching in the streets right now but you can see he wishes he could.

Many people are out in the street that have never voted PN and never plan to. No one is trying to change their mind. Far from it.

The tribal argument only works on members of the tribe. Labour is trying to switch on in as many people’s mind as possible the “tribal button” that takes them to the mental state where they ignore facts and follow One TV as if it was divine proclamation.

One organisation after an another are standing up to be counted. Professional bodies are all speaking out. Are all architects PN? Are all lawyers? Pharmacists? Tax advisors? All their representative bodies have pleaded with the prime minister to leave immediately.

By branding all this as part of a PN campaign, Labour is giving its opposition way too much credit. It’s also discrediting all the people in this community it needs to work with when it continues to govern after Joseph Muscat leaves. Treating everyone as idiots is a bad start. Treating everyone as conniving, conspiratorial traitors intent on pushing out a legitimate government is dangerous.

The damage is enormous. HSBC cancelled their Christmas party for clients. That’s not a missed col au vent. That’s one of Malta’s principal banks thinking it’s not safe to have Christmas drinks. How safe do they think lending money to business right now is? What growth prospects do they see for Malta? If it’s not safe for Christmas drinks it’s unsafe for a lot else.

Is Joseph Muscat indifferent to all of this? Now that he said he’s leaving does he feel nothing about the catastrophe he’s leaving behind? Is he willing to let us all crash and burn in this Goetterdaemmerung of his? He can do something to stop the damage. Why doesn’t he? Why doesn’t he leave now?