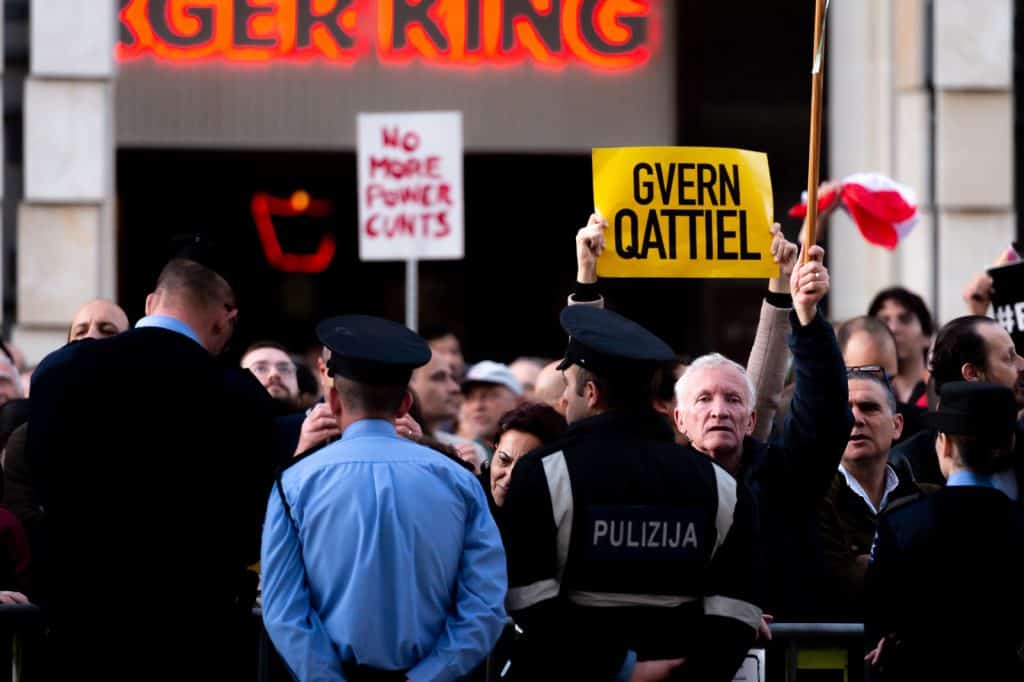 After being distracted for a week or so it appears Neville Gafa’ has been delivering from Keith Schembri’s house the hymn sheet for Labour ministers and parliamentarians to sing from. One MP after the other is standing up to accuse protesters of “wanting bloodshed”. Quite how they know what protesters “want” if protesters haven’t actually asked for bloodshed is impossible to guess. Do Michael Falzon, Michael Farrugia, Silvio Parnis and others think protesters can draw blood with eggs or with bananas or with screaming very loudly?

I don’t know where they got the idea that someone was throwing urine at them so I won’t even refer to except to wonder if there’s a universe where urine draws blood.

But their tribal instincts and the incredible pressure being mounted on them by Joseph Muscat who is mobilising supporters in a blood-minded siege heel-digging defence is forcing them to look for an enemy.

They are turning protesters into violent thugs and journalists into enemies of the people. If they keep it up someone’s going to get hurt and it’s not going to be them protected by walls of angry drivers and hangers on, thugs who seemed to have stepped out of a time machine straight out of 1985 and of course the hapless policemen who have to do their job no matter what they think of the people they are responsible to protect.

If they keep this up we’re going to get hurt. We hope it doesn’t come to that. We hope all this sabre rattling by ministers is not to anticipate and prepare acceptance for riot police to be unleashed on us. We hope all this talk of “violence” and “blood” is not there to justify the mobilisation of thugs to punish us for speaking our mind.

Already the psychological abuse is profoundly appalling. Eve Borg Bonello has been threatened with her life on Facebook for having to temerity to say in public Joseph Muscat should resign. Women always get the worse end of that sort of thing. But she’s not alone.

The heat is on and by turning the responsibility of defusing this on protesters delegitimises protest. We’re not demanding the impossible. We’re asking for Joseph Muscat to resign. Now. Everybody else’s. Make him do it now so this country can start working on cleaning out the mafia out of our state.

He is staying because the mafia wants to limit the fallout from the recent discoveries and to choose the next prime minister. We can’t have this. He must go.