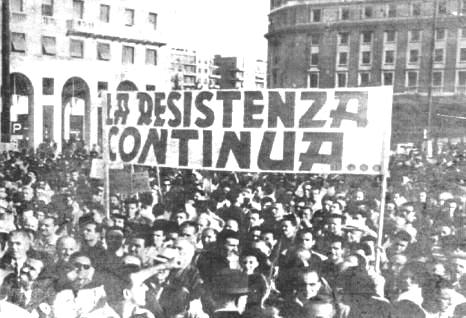 At a time of year epitomising a secular conscience of faith, hope and trust, deliberations on on-going socio-political instinctive exploratory ventures are the embodiment of a well-meaning political society manoeuvring without a sense of direction. The culmination of political cautious imperatives towards a penumbra of righteousness. Indecisive wishful determination for which the bibles offer a refuge.

“Cammina, cammina” is a 1982 film by the famous director Ermanno Olmi. It tells how a certain Mel, an astronomer and priest, using rudimentary instruments discovers a new light. It is the manifestation of the prophecy regarding the arrival of the Saviour. The king decides to go in search of the place together with his people. Along this exploratory voyage they meet other kings with their followers. After a difficult, turbulent voyage characterised by despair and rebellion, they find the place that inspired a new future, trust, hope and liberation. Those leading this venture were convinced that they will arrive at the destination and they would declare to their people that with concrete faith that dwells in humanity their aspirations would be met.

Malta is certainly not there yet.

Recollections of time-honoured teachings by political thinkers and historians would remind one of the need for a strong leadership and a canvas of followers that together have clear objectives.

In a liberal democracy authority remains vested in the people. Civil society groups need to deliberate on a way forward and act as influencers to political parties. But, the current political and constitutional crisis tends to coerce political society feeling mistrusted, discouraged and indecisive; even forgetful of its battles of old. A political society that perseveres in failing to identify the core problems and to activate its innate empowerment to overwhelm evil as provided for by Christian faith and Natural Law.

The party in government, but not alone, is the major problem.

It could be constitutionally proven, (since a constitution, as legislation, is not just the written word but the spirit and moral and ethical leverages that inspired it), that the party in government has lost its political and moral legitimacy. The Partit Laburista government, inclusive of its ministers, deputies and the deluge of persons of trust, can objectively be charged with premeditated evil acts. The often-quoted neo-liberal ideology transformed this country into a democratic autocracy that required the by-passing of rule of law and the imposition of impunity within a pseudo-democracy. The party is today hijacked by those moneyed elite that put it in power and as a discredited party in no way can escape paying the ransom.

The party in government, trying indeed to ‘catch all’, no longer knew workers and capitalists. We all recall the calls of “sinjuri żgħar” and “business friendly”. Jan Verner Muller in his book Contesting Democracy (2013) recalls what a politician had called ‘the abolition of the proletariat’ simply meant that class consciousness could be eroded through increasing mass consumption and other grand attempts at collective corruption”. Muller recalls Aragon’s diagnosis of a ‘civilisation de baignoires et de frigidaires’.

It is misconstrued to believe that a renewed LP leadership could ever translate into normality and the adherence to the rule of law. Not when both leadership candidates still laud a prime minister perceived as abetting crime and promise to further use his services. How would the new leadership deal convincingly with the predatory capitalists who would certainly claim their pound of flesh having embodied themselves in this same party that blessed and laundered scandals? How would the new leadership revamp a politicised and submissive public sector that could be legally found to have defaulted righteousness? A new leadership would live under the influence of living skeletons. Hence it must move out of office.

Opposition parties too are responsible for the problems of the country.

The Partit Nazzjonalista is convinced that it can ride this perfect storm. Compared to this government, its past administrations certainly could claim a halo. Sins and alleged transgressions could have been the case. But no alleged criminal political initiatives were ever recorded. Our institutions functioned and acted independently even censuring government. Senior public officers, mentored and educated by their predecessors, could still respectfully look ministers in the eye and express their opinion.

A well-known political analyst, bemused in puerile defence of the LP, importantly calls that ‘a marriage of convenience within the Nationalist Party (that) is growing by the minute’, in reference to relations between the leadership and any apparent unofficial factions. Political parties can never claim to be a hegemony. Each and every member or activist has his own personality and individuality. Party factions are the result of dialogue and intra party democracy and as such would express different ideas and different thinking. In themselves factions, and social interest groups are a valuable asset. Problems arise if these different groups differ on issues of principles.

This is in no way the case with the PN. No one puts in discussion the party’s principles (l-egħruq bażiċi) and its dialogue with faith as inspired by Christian Democratic belief in a constitutional democracy. These principles are also shared by the majority of civil society.

The PN leadership is in duty bound to adopt a leadership role and provide alternative political solutions while being of service to civil society. As things stand the PN is certainly the only alternative to this government, and this in no way should be interpreted that a third party would not have a say in Malta’s future.

Years back I had aired my thoughts that unless opposition political parties develop a credible and forceful opposition to the transgressions of this government, civil society would take over the burden and deliver. Our diverse social groups have acted convincingly and in an exemplary manner. Our civil society represents individuals from diverse social, political, cultural and economic sectors. Each group and each individual would have its and his/her personal agenda. But they are in consonance on principles – justice and true democracy.

They developed their protest programme intelligently, courageously and not without risk. Like the Italian Le Sardine group the initial hundreds turned into thousands and in the nature of sardines they move in droves of thousands tightly together to scare away the shark.

In the words of Le Sardine group co-founder Garreffa “We don’t need to be freed, we are a free people and as free individuals we are gathering together as the basic values of participation and democracy are at stake.”

It is the right and it is commendable of certain members of civil society to contemplate what I, given my bias, consider an illusory new political formation. The perennial principle, in these deplorable circumstances, is to avoid contrasting positions based on personal interest.

It is important that come this Sunday 5th January all opposition be present for what is referred to as a ‘protest’.

Let’s all sing along the famous “Bella Ciao!”

P.S. This popular song was developed decades back but revisited and reintroduced soon during WWII during fascist era. Through years it developed into a protest against autocracy and oppression.