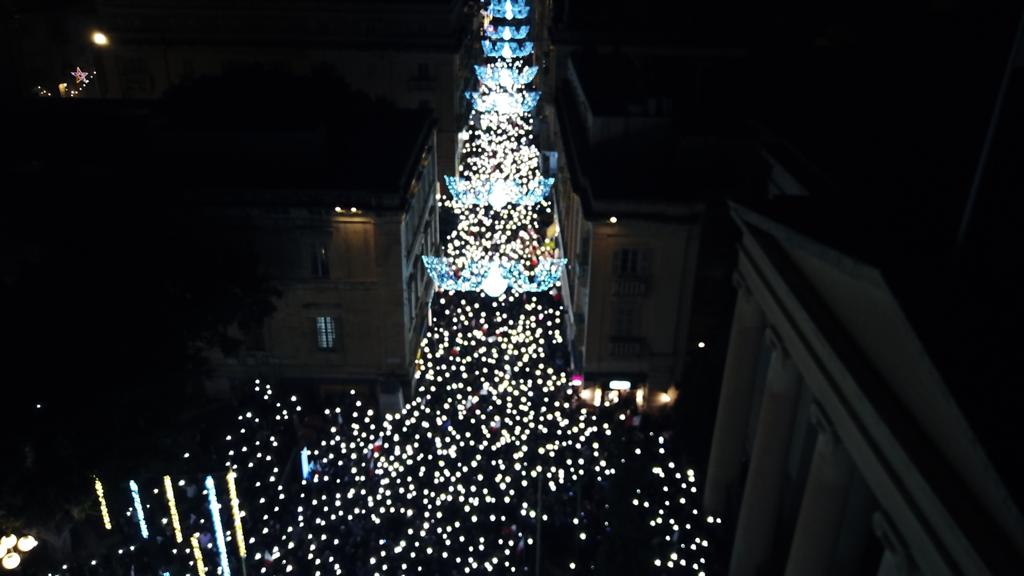 The evolving chaotic, turbulent and surreal, but submissively long-awaited events, for which international media and institutions have anointed the islands as the prototype of a misfunctioning liberal democracy, should not just lead towards ascertaining that justice prevails.

This would only be reverting to normality respecting the rights, freedoms and responsibilities as enshrined in the law of nature, as further inscribed in the tenets of faith. While the complex and disorderly web of specialised legionnaires carry on with what should in a civil society be normal practice, the citizens of these islands should have one specific ultimate objective: the reformation of our political society.

Political society revolves around the process by which the interests and values of civil society are articulated and aggregated for action by government. This historic equation would include political parties, lobbies, advisory councils, social movements, citizen and consultative assemblies, labour unions and neighbourhood and community councils. For political thinker John Locke (1632-1704) a political society was one that men entered voluntary through a social contract with a chosen governing body. This primordial thought was further developed through centuries in today’s presumed notions of diverse democratic systems that in no way guarantee the elimination of autocratic democracies.

Along this same reasoning Christianity or faith, that recognises the ultimate destiny of a human being and collaterally natural law, similarly in no way exclude evil men. Hence the need for a statute of laws and the mission of a society to act in such ways as to overthrow evil men.

The partial delegation of sovereignty by the citizens to a governing body, through a procedurally equal democratic process with universal suffrage and regular elections, does not eliminate political inequality. Democracy appears unresponsive to the interests or preferences of the majority, subjecting those with fewer political resources to domination or systematic exclusion from political power, while being highly responsive to the needs of powerful but often weakly accountable individuals, groups or organisations.

The process further turns unpardonable and subject to investigative probes and if need be sustained street revolutions, when it is government itself that institutes a dictatorial governance that concludes strategic co-optations with the country’s elite while indulging in coercive ventures to silent all opposition.

Ordinarily we refer to the separation of powers for the executive, legislative and the judiciary. But the word “power” is itself unconstitutional in a liberal democracy. With a governing body delegated to administer a state and contributing towards the common good of the human being and his communities as enshrined by the cardinal precincts of freedom, equality, solidarity and subsidiarity, authority remains vested in society. Along such reasoning there must exist public institutions to ascertain adherence to law but most importantly to exercise their jurisdiction over this limited authority of the party in government.

Recent developments revolving on intensified criminal investigative action focussing on the assassination of the journalist, that apparently extend to criminal acts that possibly go beyond political-oriented connections do not provide comfort but a deep sense of disquiet and apprehension.

A number of public institutions have apparently been recently revamped. The prime minister’s conceding to this change of the political proscenium and his professed knowledge of facts has intentionally and possibly clinically devised to not only usurp the democratic society’s authority, but to now declare himself a princeps civitatis (“First Citizen”). He divested his cabinet of ministers from their constitutional mission and time-honoured practice of collegiality. Only for the same prime minister to retract his steps and yesterday trusted the granting of a presidential pardon to his Cabinet that in turn transferred this decision to the President. Proof of an erratic and disturbed thinking.

It has all along been evident that this dismantlement of our democracy is a far worse crisis than that lived under Labour some forty years ago. Then the pivot of the democratic discord was mainly constitutional. This time round the present democratic crisis is not only constitutional but flagrantly sourced at circumstantially evidenced criminal action conducted at the highest levels of government.

What led to this situation is the fact that this vast silent crowd, similar to other democracies, has distanced itself from politics. This vast silent crowd could be ascribed as apolitical, assuming that it could feel independent of political parties, becoming less politically active, is self-sufficient given improved education and a wider source for absorbing information. The people today feel indifferent to the values of Christianity and faith; or rather as Jacques Maritain would say secular conscience, is today conspicuous by its absence or limitations.

It need be recalled that it is legitimate and indeed a right in accordance with natural law for a society to overthrow and seek justice in respect of the Corrupt.

The right of human beings to strive towards the achievement of a restored democratic society based on freedom, respect and dialogue through its struggle with evil is enshrined in Christianity and faith on which democracy is based.

The final achievement of such success in overthrowing all that is evil is just a vehicle in itself. In modern democracies the success arrived at by the people would still require a freely elected political party or parties in coalition to deliver the people’s aspirations. Hence in these critical times the distancing of civic society from political parties being called for by sections or individuals of society in general is uncalled for, short-sighted and counter-productive.

But what this clamour calls for is positive too. The process for the election of governments alone and of itself is no longer sufficient for modern democratic societies. Today society is calling for direct and immediate democracies, that affords advantages and disadvantages. Political parties and all members of a political society as described above need to bridge their respective missions. This calls for structured intra-party and intra political society system of deliberation that goes beyond aggregation that restricts society’s rights to simple electing a political party in government. The proposed deliberation and dialogue amongst members of the political society need to be actuated and sustained across all sections of society and not limited to election process or in times of crisis.

The authority for the governance of a state remains at all times vested in the people.