GUEST POST: This is not a time for national unity 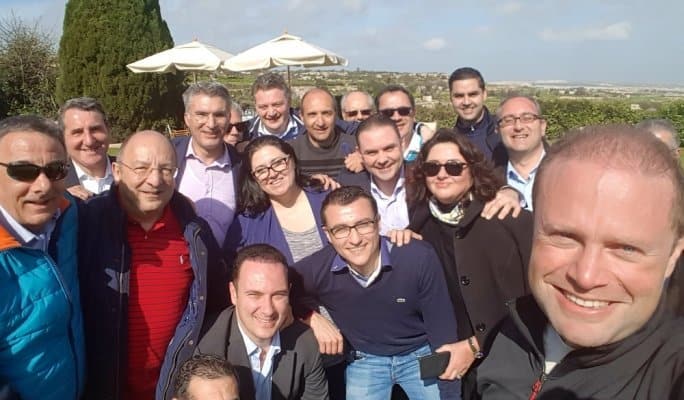 This is a time for people to walk the talk and show us where they stand. The last month has been filled with shocking revelations clearly implicating that Joseph Muscat’s Chief of Staff and most trusted advisor, Keith Schembri was fully aware and directly involved in the assassination of journalist Daphne Caruana Galizia.

That’s right, the Prime Minister’s Chief of Staff has been implicated in the assassination of a journalist, having provided a fake job paid for by us, the tax payer, to the man instructed to organise the murder of a Maltese citizen and of using his influence to try and protect the named mastermind Yorgen Fenech.

Revelations in court show that the Prime Minister was aware of Fenech’s role in the murder, aware of Schembri’s association with Fenech through 17 Black and yet allowed Schembri to remain on as Chief of Staff and to sit in on security briefings.

Despite these flooring statements, Schembri remains frolicking freely, the Prime Minister continues to claw onto his position until he can presumably tie up his loose ends and yet we are faced with calls for national unity because it is Christmas.

A journalist, a woman, the mother of three young men was assassinated with the complicity of the Office of the Prime Minister and these men continue to be protected. Where is the justice in this?

I’ve had it up to my eyeballs with these vague words of condemnation said by various Labour MPs.

With their show of solidarity with the Prime Minister because ‘he is still the Prime Minister’. Celebrating Christmas office lunch together with wide smiles. The Prime Minister’s most trusted advisor has been named as having helped organise the murder of Daphne Caruana Galizia; persons of trust within the same office acted as go-betweens for Keith Schembri, Yorgen Fenech, the middle man Melvin Theuma and the assassins.

What are you doing backing this man?

Even the European Parliament has had enough of this freak show, having just voted overwhelmingly and unprecedentedly for the Prime Minister to step down immediately in order to prevent further prejudice of the investigation into Daphne’s assassination. The Prime Minister didn’t accidently run over someone who suddenly crossed the road without looking first.

You are pledging loyalty to an office involved in the silencing and murder of a journalist. A murder that was planned months in advance, meticulously timed and executed with savagery. A show of power that left the government’s greatest critic in pieces.

This is a defining moment in Malta’s history. Are you part of a gang that murdered a journalist to cover up their corrupt deals or are you not? Do you stand with citizens who reject the ruthless murder of one of us and demand safety for journalists to carry out their work with a police force ready to investigate allegations of criminality or do you want an environment that allows criminals to work in peace?

It’s quite simple really. You’re either in or out. The time for vague words of shock and betrayal are over.

In the face of the continued protection of these men it is time for Labour MPs to take a serious stand and guide their supporters. Labour supporters need to know the truth. They need to know that Daphne was not a liar. They need to be told by their own people that the office of the Prime Minister helped organise the murder and subsequent cover up of the assassination of a journalist who was steadily uncovering their corruption.

They need to know that Joseph Muscat is responsible for protecting a man implicated of murder. He should not be given a hero’s farewell as people involved in the cover up of murders are not heroes but criminals.

Whatever good Joseph Muscat and Keith Schembri did in their terms in office was annulled when they chose to murder and/or cover up the murder of a journalist. They alone are responsible for this fall from grace. Not Daphne, not the protestors, not dissenting MPs. This needs to be stated clearly and explained that all signs are pointing to Daphne having been murdered because she was going to reveal the corruption behind Fenech’s power station deal. The same deal for which he chose to bribe Schembri and Mizzi who agreed to accept millions in bribes through their offshore Panama companies. The same bribery uncovered by Daphne Caruana Galizia in 2016 and wilfully ignored by the Prime Minister who chose to protect his criminal friends instead of a journalist doing her job.

Labour MPs need to stand up and denounce loudly and clearly the OPMs involvement in Daphne Caruana Galizia’s murder. They need to stand with civil society and demand justice along with the rest of us. They need to guide their supporters to know that the enemy is not the protesters calling for justice, but the wolves in sheep’s clothing that lied to them for 7 years to get rich quick even if it meant murdering someone to do so.

In remaining silent, Labour MPs are endangering the lives of citizens. They are allowing the full force of a government backed media machine to twist the narrative and paint protesters as power hungry coverts attempting to undermine a government. Band together, drain the swamp, and do so before someone else gets hurt under the guise of misguided loyalty to Joseph and his cabal.

The only us and them that should exist is the nation against the corrupt criminals. There should be no solidarity with people who are tainted with murder, no support and certainly no thanksgiving.

Where there is solidarity, we will see collusion, as nothing else makes sense.

And as for Neville Gafa’s recent attack on Evarist Bartolo where he ‘disqualified’ him from criticising this murderous regime due to his own implied ‘impurity’, past transgressions do not mean that you have to back murderers. Malta’s attitude towards institutionalised corruption has to be addressed and the day for reckoning will come, but how much harder that reckoning shall be if you choose to stand behind murderers too. We are watching and we will remember.