MONEY MAGAZINE: The banker who came from Iran

My piece in this month’s edition of the Money Magazine. 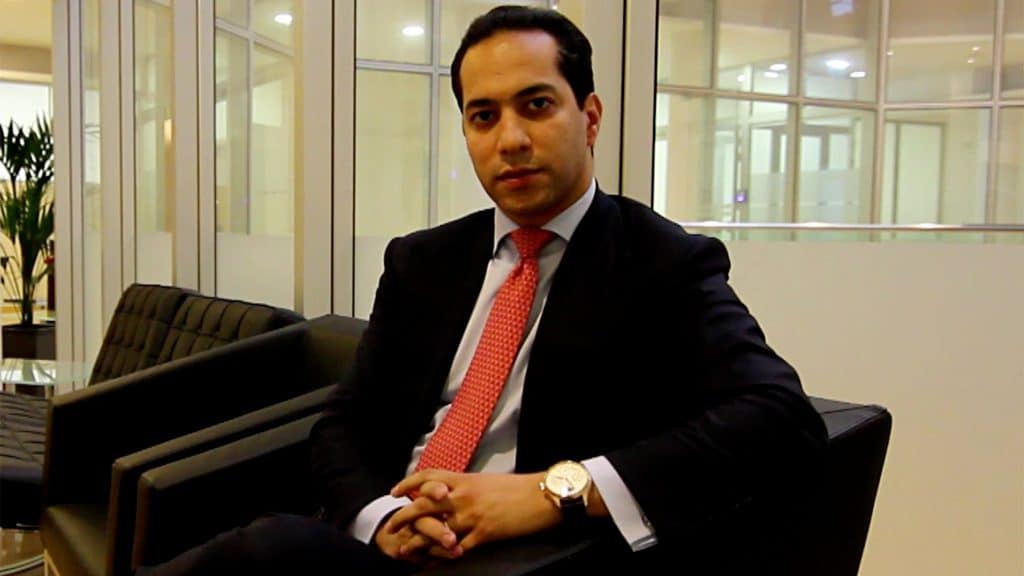 Ali Sadr Hashemi Nejad is a household name in Malta. It was not always so. When he walked into the finance minister’s office in 2012 he was unknown. And he would remain largely anonymous outside the corridors of power until much later.

Mr Nejad filed an application for a Maltese banking license sometime after the Labour government came to power in early 2013. By the end of that year he was granted the license to bank in Malta, which of course amounts to a European banking license.

Whatever due diligence was done into his affairs, it is a mystery how the box about his banking experience could have been ticked. Before being granted a license to own and run a bank he had not worked in any other bank for a day.

We know from evidence published by the US Attorney in New York that Ali Sadr Hashemi Nejad was careful not to fill his due diligence forms altogether honestly. He instructed his staff not to mention the fact that he was Iranian. He had gone through great lengths to cover that fact up.

Due diligence is supposed to be about uncovering things. Ali Sadr Hashemi Nejad claimed his nationality was from St Kitts and Nevis. That should have raised alarms. The population of the Kittitian archipelago is only slightly larger than the population of Gozo. The country is in the Caribbean, nowhere near where people are more typically called Ali or Sadr or Hashemi or Nejad. The name and nationality should have at least raised some questions.

It should not have been too hard. The name appears twice in the UK company registry. Both times the name comes with a Kittitian passport. But the dates of birth are different. The odds that an Ali Sadr Hashemi Nejad might come from the 56,000-strong islands of St Kitts and Nevis are stratospheric. The odds that there are two Ali Sadr Hashemi Nejads from the 56,000 population of St Kitts are unimaginable. That should have raised flags.

More signals would be ignored.

To get a banking license Ali Sadr needed to show he had the cash to back his new venture up. Digging into the provenance of the cash would have led a proper inquiry to Ali Sadr’s inexplicable investments in Venezuela. Those investments were a massive money laundering operation siphoning Iranian money through Turkey dodging international sanctions against Iran. The US Attorney indeed described Pilatus Bank as set up from “proceeds of crime”, a front in and of itself for other crimes like a local pizzeria that never seems to have customers owned by someone who gets visitors with bags of cash who do not eat much.

Ali Sadr Hashemi Nejad networked well in his short time in Malta. He got his St Kitts passport from Henley & Partners, the government’s exclusive choice for Malta’s own passport selling scheme. Some describe Christian Kälin who owns Henley & Partners as a friend of Ali Sadr. Christian Kälin disagrees with that description. He insists that inviting him over to his Switzerland home for his wedding anniversary party did not amount to friendship.

Kälin and Hashemi Nejad did have common friends, though. The most prominent one would be Joseph Muscat, Malta’s prime minister, who took time off from running the country in 2015 to celebrate Hashemi Nejad’s wedding in Florence.

That sort of proximity too should have been a sign for investigators. But it too was missed.

All this and much more came in the public domain when Daphne Caruana Galizia and a source from within – Maria Efimova – told us what this bank few even knew about, had been up to.

Millions flowed in from Azerbaijan into accounts in the names of people called Aliyev (the family of the president of that country) and Heydarov (the family of a senior minister of that country). That should have raised flags. The Aliyevs and the Heydarovs were known worldwide for buying properties they could not possibly afford unless they were embezzling state funds or taking fat backhanders. That should have raised flags. It didn’t.

Money also flowed from various other politically exposed names such as one Dos Santos, whose father used to be dictator of Angola believed to have stolen blood diamonds from his own country. That should have raised flags. It didn’t.

Maybe local investigators were slightly less au fait with worldwide news than they should have been. But surely, they would have recognised Keith Schembri’s name in the very short list of clients – around 180 – that banked at Pilatus Bank. Why was Keith Schembri banking at an off-shore money laundering factory?

Looking at what he used the account for would have answered that. His accountant, Brian Tonna, deposited six figure sums in his account. The two would argue the deposits reflected an innocent repayment of a personal loan, not at all kickbacks on the back of the sale of passports to Russian oligarchs. If that were so, why did they not conduct the transaction at the Bank of Valletta? Why seek to hide the harmless.

That should have been a sign but it too was missed.

Another sign was a preliminary report by Malta’s anti-money laundering agency, the FIAU, that found a host of breaches in the way Pilatus Bank conducted its business. Then the boss of the FIAU resigned and was replaced by his deputy who proceeded to issue another report saying Pilatus Bank had a clean bill of health. That despite the fact there had been no evidence Pilatus Bank had changed anything.

That should have been a sign but it too was missed.

Missed by who? Here’s the rub. Ali Sadr Hashemi Nejad may be the protagonist of this drama but this is not a one-man show.

KPMG assisted Hashemi Nejad in his application. He was their client but their ethical and legal obligations do not allow them to cover up for crooks. They were on the front line: the place where Ali Sadr’s non-existent expertise, concealed nationality, the opacity of the provenance of his wealth and so on should have been revealed. But his chief advisor at KPMG was also a wedding guest in Florence and her number two went on to work for Ali Sadr at Pilatus. Hardly a credible source for an independent assessment.

The FIAU was overseen by a police officer whose wife is a government minister. Hardly the most obvious motivation to get to the bottom of things. A dutiful director of the agency quit when he realised the police would do nothing about his findings. Two agents he recruited were fired on the spot. The new director knew who buttered his bread and clammed up.

The government is directly implicated. Exposing the Henley & Partners link brings into question Malta’s own flagship passports scheme. The friendship with Ali Sadr ought to be devastating for the prime minister’s reputation, such as it is. And senior government figures trusted Pilatus Bank with its darkest secrets. Keith Schembri is alleged to have stashed kickbacks there. And has the last word on the Egrant evidence alleged to have been held at Pilatus Bank been said?

With all those interests is it even possible to hope we can learn any lessons from the Pilatus catastrophe? That is very doubtful. Ali Sadr Hashemi Nejad, however, may yet learn his lesson at the US federal justice system. The prosecutor there is asking he spends 125 years in prison and that is for crimes he is alleged to have committed before Malta made him something he had never really been before: a banker.

Manuel Delia co-wrote “Murder on the Malta Express: Who Killed Daphne Caruana Galizia?” with John Sweeney and Carlo Bonini. Read more about the Pilatus scandal in their book. 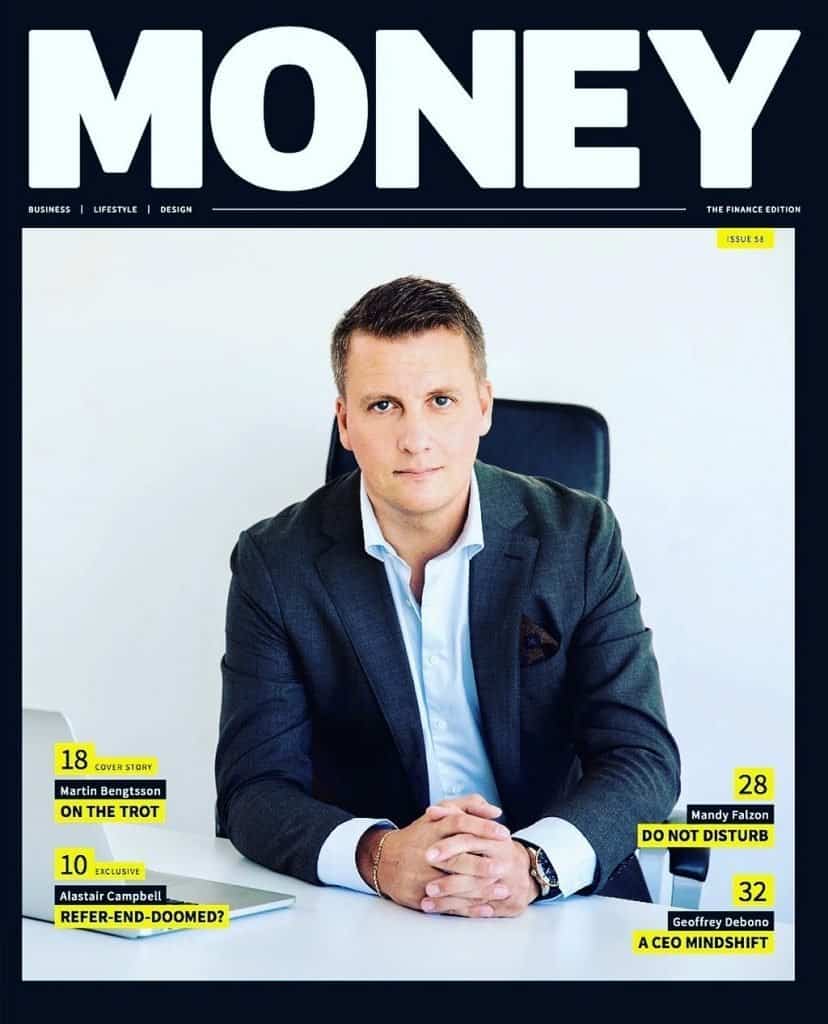 Previous:GUEST POST: This is not a time for national unity
Next:The times ahead