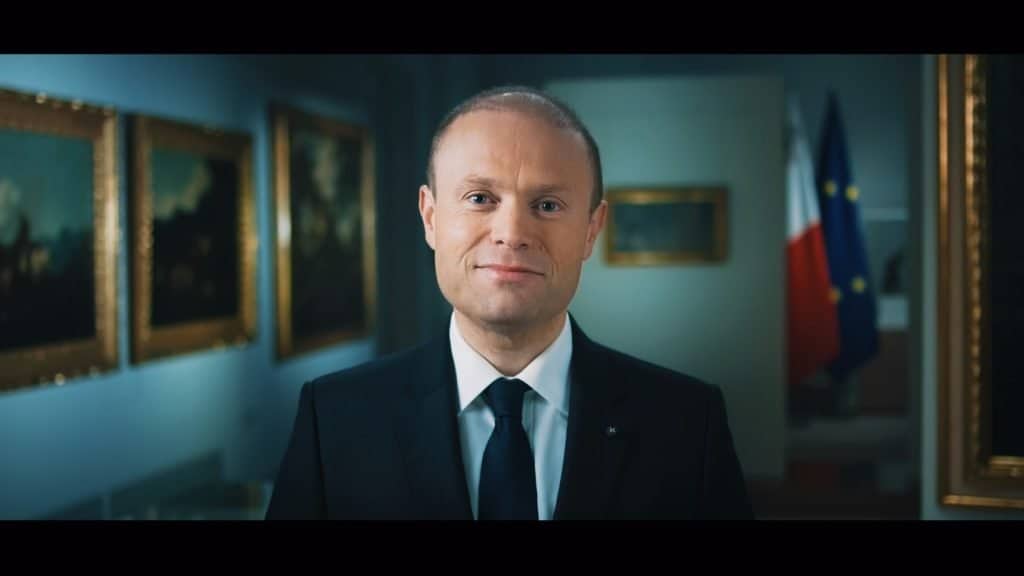 You promised to ‘leave no stone unturned’ in the hunt for Daphne Caruana Galizia’s killers only days after you fainted at an event which you attended with Chris Cardona who’s just been refused police protection surrounding claims that Keith Schembri and Yorgen Fenech planned to frame him for the assassination.

You offered a one million euro reward ‘to anyone who comes forward with tangible information that could lead investigators to the perpetrator of [the] attack’.

Who gets the reward now? Melvin Theuma? Yorgen Fenech? Your best buddy Keith Schembri or the bloody airport sniffer dog? Or how’s about Cardona for all the ‘suffering’ he’s now enduring at the hands of your own Parliament who stood by him all the way when he froze Daphne’s finances so she had no access to them when she was assassinated – who stood by him all the way when he dropped the libel suit he sustained against a dead journalist so he didn’t have to show his Acapulco phone records? Poor Cardona who made it quite clear he had nothing to do with the assassination when he took it upon himself to report his own interview with the police just days before he illegally self-suspended himself.

What the fuck, Joe? Who gets the reward?

How about Neville Gafa who’s now become the official spokesperson for that money launderer and central assassination suspect, Keith Schembri? Neville Gafa who extorted money out of war-wounded Libyans, sent heavies to their hospital beds, tried to convince them he’s a Muslim, and offered his victims bribes of €200,000 to €300,000 not to testify against him in court.

Neville Gafa, who stalked Daphne in the days leading up to her brutal killing. Gafa, who bumps into militia warlords on fortuitous ‘holidays’ in Libya, attends high-level top-security talks in the country where he conducted the medical visas scam on behalf of the government of Joseph Muscat who then pretends not to know where he works when he was right there, working for the OPM in an ‘unknown’ position on a salary paid for by taxpayers which still remains undisclosed.

Gafa, close friend of Schembri, who reliably informs us that his mucker is at home and ‘has no reason to flee’ despite the horrific details emerging about his role in the assassination prior to Muscat’s right-hand man and best friend being released ‘as if by (black) magic’ without any explanation whatsoever.

Gafa, who casually strolled up to Castille at 11.09pm last Thursday having pledged his undying loyalty to Schembri following his inexplicable release on the evening when an information blackout saw both local and international journalists – including Daphne’s youngest son, Paul – being illegally detained inside Castille in scenes reminiscent of an Eastern European communist takeover from 60 years ago. Who gets the million euro reward, Muscat?

Is it the Times of Malta and Reuters who, as part of The Daphne Project, revealed over a year ago that the man now charged with complicity in the assassination of Daphne Caruana Galizia was the owner of 17 Black?

Yorgen Fenech, who alleges that Schembri was the mastermind in the callous and macabre assassination plot involving a ‘murder kitty’ topped up by Fenech’s gambling loot. Yorgen Fenech, who implicates you, Joseph Muscat, in Daphne’s horrific death.

Or should the money go to the Mafia doctor, Adrian Vella, who accompanied Schembri on his trips to the US for cancer treatment which Schembri brazenly denied he was having when Daphne exposed this? The Mengelian doctor who was willing to act as go-between in a schoolboy-style espionage plot which placed Fenech in hospital while under arrest so Schembri could pass scribbled notes to him in a desperate last-ditch attempt to save his own rotting skin.

Should the money be posted to the doctor in a brown envelope in the hope that it reaches him on his much needed break in the sun?

Or should the cash be added to the stash amassed by those corrupt accountants of the Prime Minister, the Nexia BT bandits, our very own Mossack and Fonseca Brian Tonna and Karl Cini, busily setting up Panama companies for Schembri, Konrad Mizzi, Adrian Hillman and Muscat’s belle Michelle who went touting for business for her Marigold ‘charity’ to the man who’s currently behind bars for his complicity in the assassination of Malta’s most renowned and fearless journalist who exposed all these bastards?

Did you think you could dip into the Egrant stash to dosh out the million euro reward, Muscat, so you didn’t have to eat into your hard-earned savings that have never changed a cent all the bloodied time you’ve been in power? Did Mizzi offer you a supplement from the loot he’d looted for a rainy day? Where were you planning to get the reward from, Muscat? Whip it out with the knife you’re wielding behind your conniving murderous back?

Or should the reward go to that fraudster lunatic, John Dalli, who featured in Daphne’s original 17 Black post but seems to have mysteriously disappeared from the picture during the manic events of the last 2 abhorrently shocking weeks? Should he be rewarded for his invisibility when, in a normal scenario, that bent piece of shit would have been reigned in with the rest of the criminal cabal? And what about his scheming, conniving deviant daughters who make King Lear’s brood look angelic? Should they be questioned about the whereabouts of their equally duplicitous Dad?

I mean where does this trail of blood end, Muscat? With the resignation and release of Schembri? With the feigned resignation of Mizzi who is still busy carrying out his mercenary ministerial duties if not flying away on one of his fucked-up Air Malta or Malta Air flights or whatever the fuck that money-laundering airline business now calls itself?

Where the fuck does this trail of blood end, Muscat? With you ‘shouldering responsibility’ for the pardoning of Melvin Theuma who fingered Fenech who fingered you? You, who refused to pardon Fenech because you are the King of pardons, il Kink of forgiveness, the Prime Minster who refuses to abdicate from his self-appointed throne. You, Muscat, whose obliging servile servant, the Minister for Injustice and Barbarian Kitsch Kultura, ‘cleanses’ our protest-memorial night after night and recycles the stolen candles to be relit in his master’s name.

What kind of fucked-up third world mashed-up mafia dictatorship are we living in, Muscat, when you, who knew all along that Fenech was involved in Daphne’s killing, wined and dined with him, allowed prime suspect Schembri to be right there at your side for security briefings about the deliberate lack of progress being made into who killed Daphne?

What kind of fucked-up mafia insanity are we living through when you, Muscat, who not only knows who killed Daphne and all the crude and callous conspirators who stuck their grotesque paws into the ‘murder kitty’, are still there parading as Prime Minister in a blood-soaked suit reeking of sulphur and dynamite?

Assassin Muscat and friends of the assassins, your time is up.

Assassin Muscat – your time is up!

Previous:Joseph Muscat is hosting a meeting in Girgenti. Is this the scene inside?
Next:Random verses