He left Parliament through the basement, rushed out in the dark through a deserted ditch. Disgraced Joseph Muscat’s day of ignominy was represented best in the way he exited it like a rat abandoning a sinking ship.

He planned his standard display of braggadocio. He scheduled a debate in Parliament to discuss the killing of Daphne Caruana Galizia speaking for an hour barely referring to her and certainly not her life or work. Instead, as he would, he spoke of himself, his greatness, his achievements, how he sees his name carved in gold in history.

It was an act of utter delusion.

He faced rows of empty green chairs still swaying by the speed with which opposition MPs jumped off them at the sight of him. His audience was behind him unnerving him with their banging and their applause played out to no one in particular. No one would remember anything he said in that session. People would remember the sight of fluttering false paper money, greenbacks denominated in 5,000 of whatever currency blood and sin are purchased with, bearing a picture of his face from when his cheeks were puffy and healthy and his hair grew faintly and flanked by the ballast that has sunk him down Keith Schembri to the right of him and Konrad Mizzi to the left.

“There are crooks everywhere. The situation is desperate.” pic.twitter.com/ffIxTNDRdU

There were enough fake greenbacks thrown up in the air to buy back the Electrogas power station. If it had been real money. But then again, is it a real power-station?

He projected his jovial confidence but it was an avatar of his true self. He squealed above the constant din of protesters outside pushed backs by layer upon layer of police barriers, their voice carried by the windless night. And when they paused to clear their throats another rendition of Marco Masini’s poem. Vaffanculo to you as his arse clenched autonomously in intuitive fright. 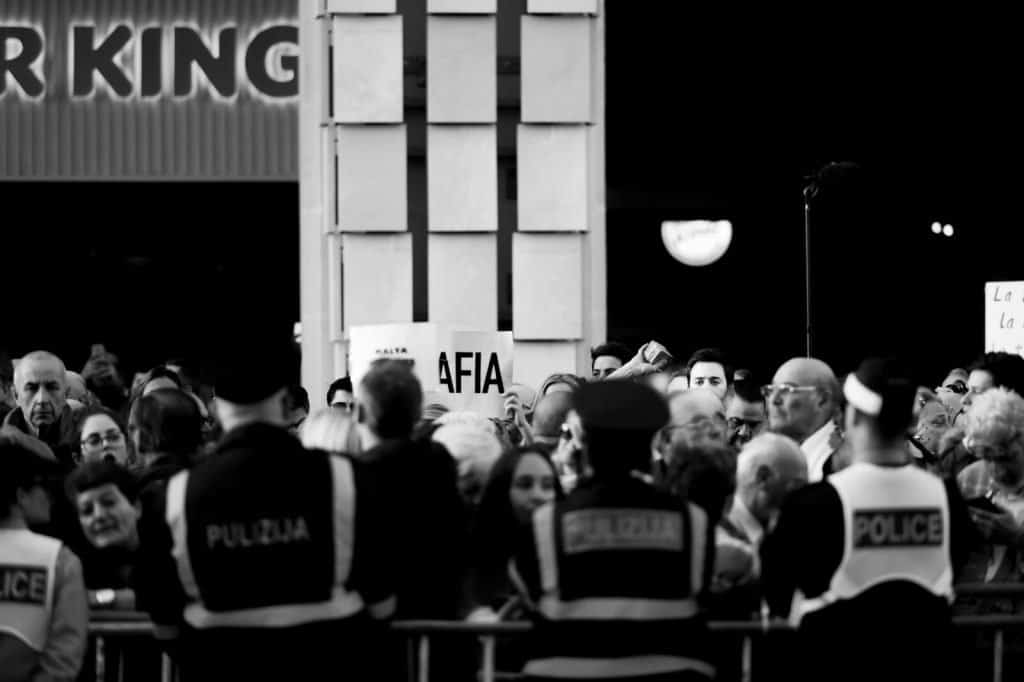 He walled up Parliament keeping protesters a block away in every direction. But, clearly, he wasn’t paying attention in history class. When you surround yourself with walls and barriers the siege is on you. Locking protesters out was cheap, petulant and ineffective. But it did have the unintended effect of locking him in. By the time he finished worshipping at the altar of his strange religion where he is the congregation, the priesthood and the deity all wrapped in one, he realised he did not even have the power to step outside Parliament’s door.

There would be no pictures of him smirking as he shoves himself on the front seat of his Alfa Romeo, defying protesters with his legendary and utterly unjustified self-confidence. 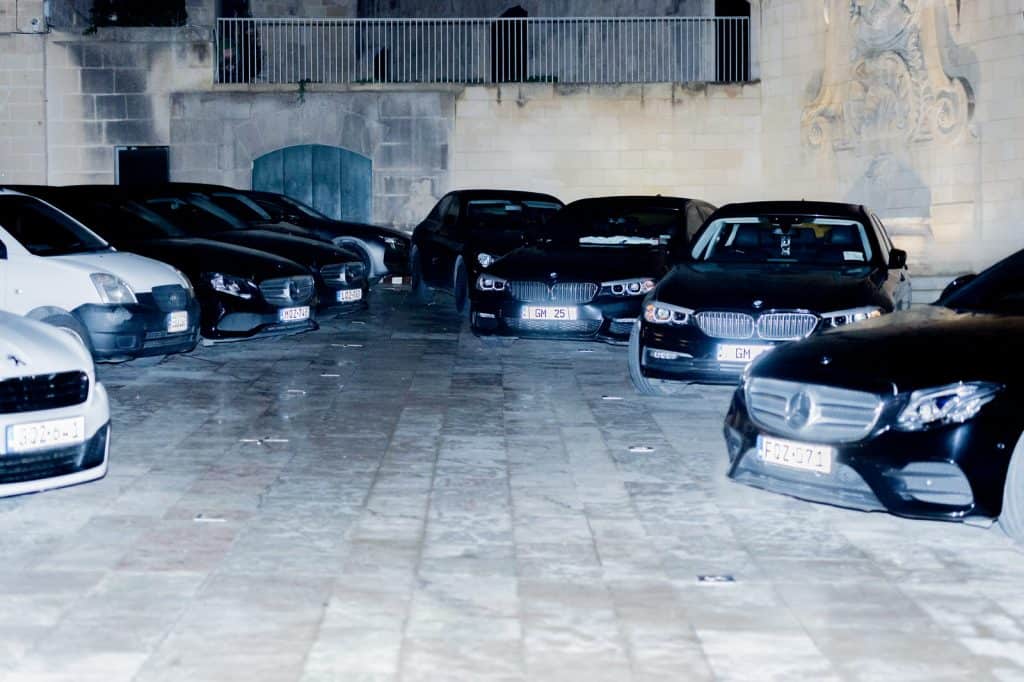 Trapped inside his office in Parliament he dispatched his underlings to see if they could move protesters away by seeking to walk through them. Like that was going to work. When his MPs walked back with their tails behind their backs he gave them one last humiliating job for the evening on his behalf.

He made them create a decoy. Pause for happy selfies at Parliament’s door to the rage of protesters, drawing attention to their pathetic selves as he took the fire emergency steps down to the Parliament’s basement. 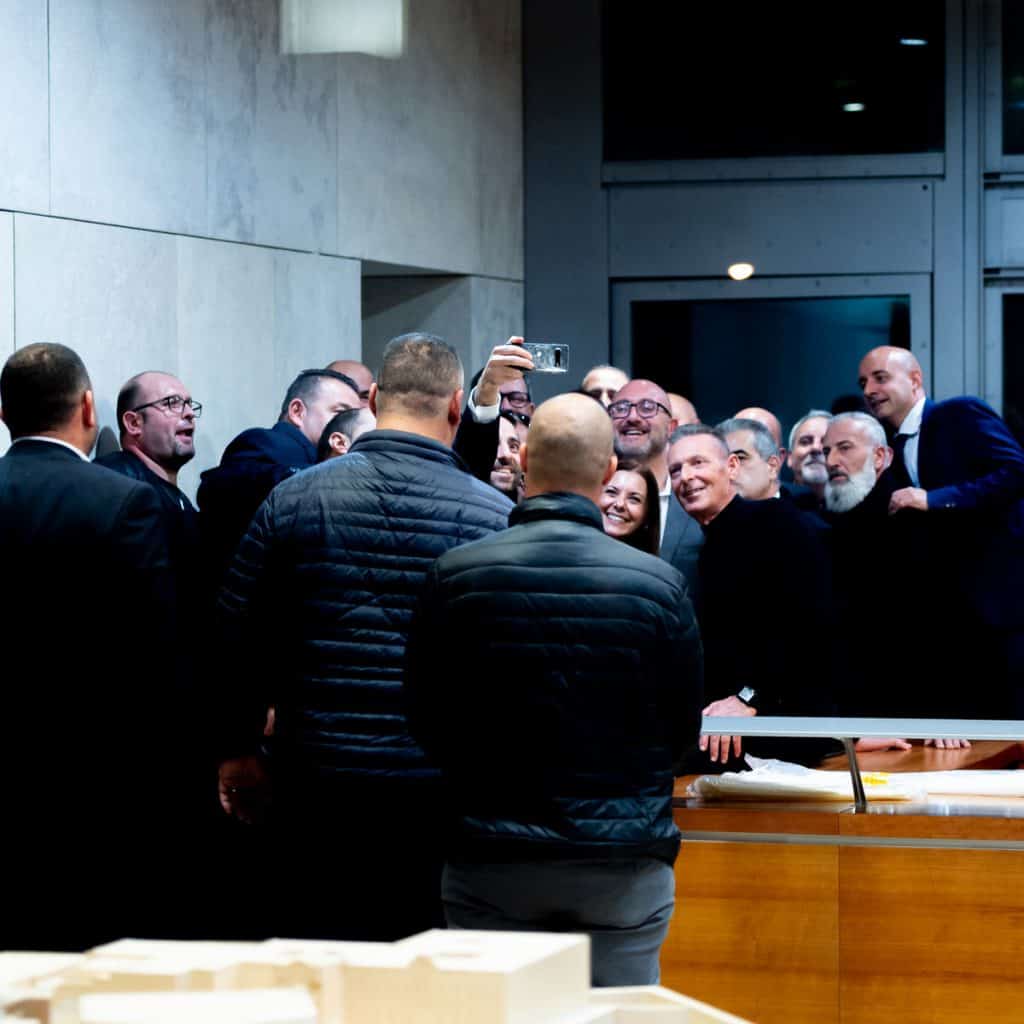 The lights of the Valletta ditch were turned off, the better to distract the aim of protesters and the trajectory of the eggs and tomatoes and carrots addressed to his enormous but shrivelled head. He squeezed past the engines that power and cool the Parliament building seeing for the first time the underbelly of the palace he mocked on its erection and squatted on after that.

And he left, without applause and without acclaim, plotting his recovery, pivoting nimbly but warily towards his next step on a tight rope tied over the deep abyss dug for him by the mafia that put him there. Despairing of his chances of still being useful to the people with the gun to his head, fearing nothing more than his own redundancy.

His charm, his popularity, his disarming savviness where his only currency. Now he’s out of all that. All he has left is false money thrown at him in anger by a people cheated of truth for 6 years and if he has his way cheated of justice for eternity. With his credit now out, he scurries away into the night hoping nobody notices him.

He has 41 days in which to recover his reputation. He can’t be allowed to.

Previous:More from yesterday’s protest
Next:You read The Times today? In what universe should Keith Schembri be a free man right now? One controlled by Joseph Muscat. Protest tonight.