If we learn nothing

I was on Brian Hansford’s TVM show tonight trying to explain why we are worried the Labour Party will ensure justice will not happen after Joseph Muscat leaves. They think justice will be about putting Yorgen Fenech in prison, long may he stay there.

Justice is learning the lessons from what happened to make sure it does not happen again. After I left the studio Jeffrey Pullicino Orlando walked in and after saying some words about how the evil and obscene Daphne Caruana Galizia should not have been killed (does he want thanks for that insight?) proceeded to project protesters as evildoers and warning us all that we’ll get what’s coming to us.

Instead there he was again today continuing the campaign of hate and targeting protesters. The Labour Party has started, one can only presume on the instructions of Keith Schembri and Joseph Muscat, the two who most benefit from this disgusting behaviour, an orchestrated and targeted hate campaign which Jeffrey Pullicino Orlando helped with tonight.

I’m not worried about what he said about me. In any case in no universe I am aware of except perhaps at the Thursday Night Anti-Semitic Holocaust Denying Club is comparing me to Moses an insult. I think Moses will have something to say about it though given that he is not particularly remembered in history for his corpulence.

I do get worried about how he represented Daphne’s sisters knocking on the locked door of Castille this morning calling for the people inside that conspired to kill their sister to face justice. He somehow found this behaviour objectionable, violent even and deserving of some form of violent response.

At one point he said they behaved as if their mother was trapped inside. Their mother wasn’t trapped inside Castille this morning. But I tell you where her mother is trapped. Her mother, Rose, a woman in her 80s, is trapped in the hell Daphne’s murderers prepared for her for the last years of her life: an inferno where her daughter was taken away from her in a car bomb and the people who killed her did so to continue to profit on the back of taxes she, her mother, paid all her life.

Rose Vella was not trapped inside Castille as her daughters banged against the doors this morning. She’s trapped in a worse hell on earth no knocking by her daughters can ever free her from.

And Jeffrey Pullicino Orlando cannot be arsed about the suffering of the relatives of “the obscene journalist” even he says he regrets, two years after the fact, was killed in a car bomb. He was worried about the big green door banged on by the fragile hands of two ladies and called that violence. But he wasn’t worried about the injustice they have been suffering as they learn that what they long suspected is fact: their sister was killed to ensure the impunity of criminals working in the prime minister’s office.

Here’s an image that was making the rounds on Facebook today: 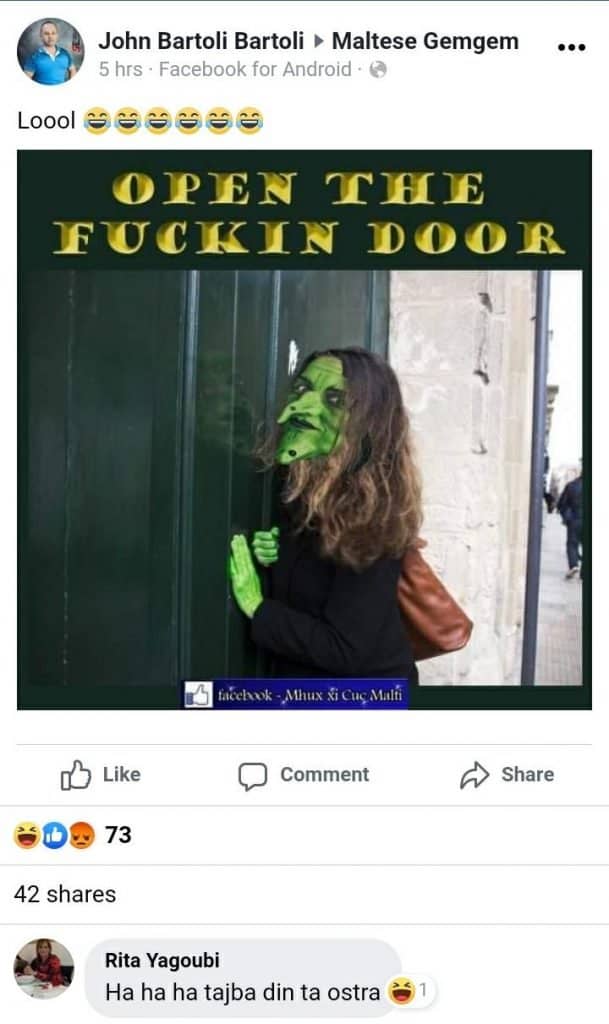 It represents Daphne’s sisters as witches in the same way Daphne used to be represented. This John Bartoli takes the cue from thought central at the Labour Party that has marked Daphne’s family and other protesters who protest alongside them for hate.

When that happened to Daphne for long enough, the people who wrote the hymn book that condemned Daphne proceeded to ride the wave they created and kill her with impunity.

Mr Bartoli is not the past of the Labour Party. He’s its future. See him here fondling both candidates wanting to replace Joseph Muscat that we know of so far, either one of which will replace the disgraced incumbent after sucking him off in public squares all over Malta over the Christmas period. Chris Fearne and Robert Abela smile. They tell us all the hate will continue. 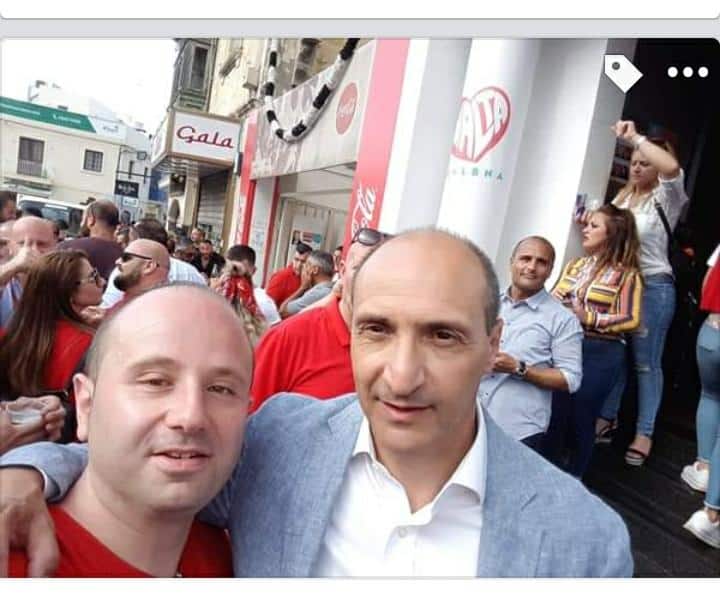 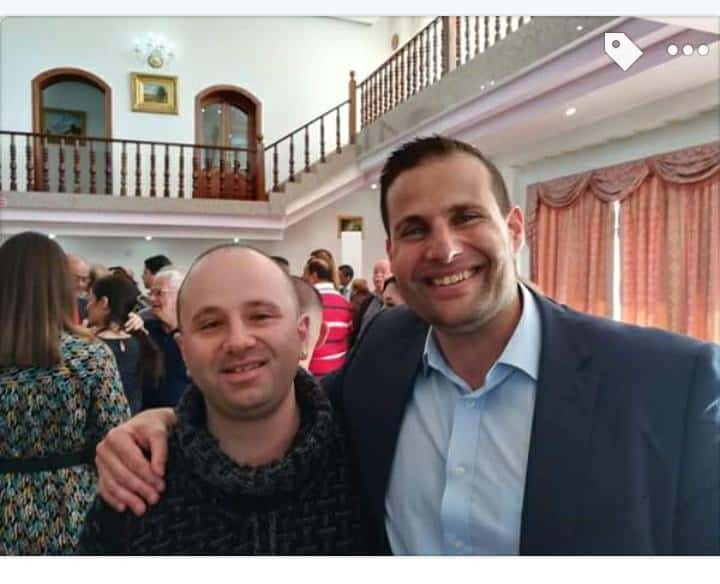 Nothing will change. If we dare protest we will be marked out as targets of hate. Someone wrote on Facebook today that he hopes I get cancer and I don’t get access to chemo. Because that is what I deserve for being vaguely annoying to Joseph Muscat. 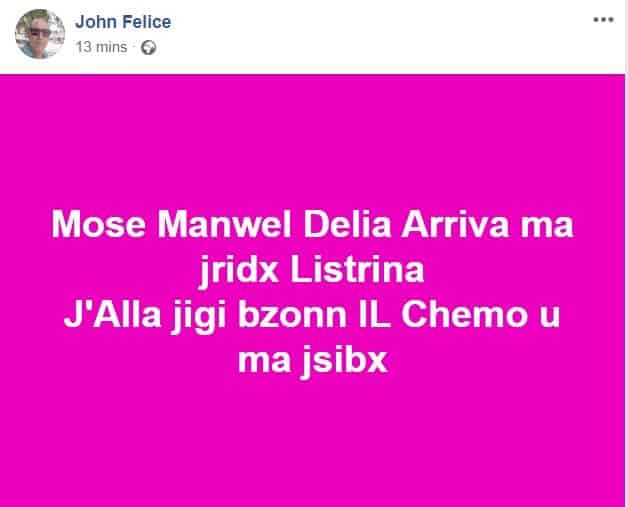 Nothing will change. And if one of us annoys them enough we know what they can do. They can send someone to blow us up or if some one does it on their own initiative they will do their best to help them get away with it. They’ve done it already and don’t want to face up to what happened. They can do it again and again and again.

And Jeffrey Pullicino Orlando wants me to be “united” with these people as I sing along to Ninni La Tibkix Iżjed at this year’s l-Istrina. For as long as you refuse to see why Daphne was killed, the people’s safest policy is to be scared of you not sing along with you in charity fuck-fests.

I happen to be a bit careless about my safety. So yes, this fat Moses will be protesting again and again until we get justice for Daphne and justice for Malta.