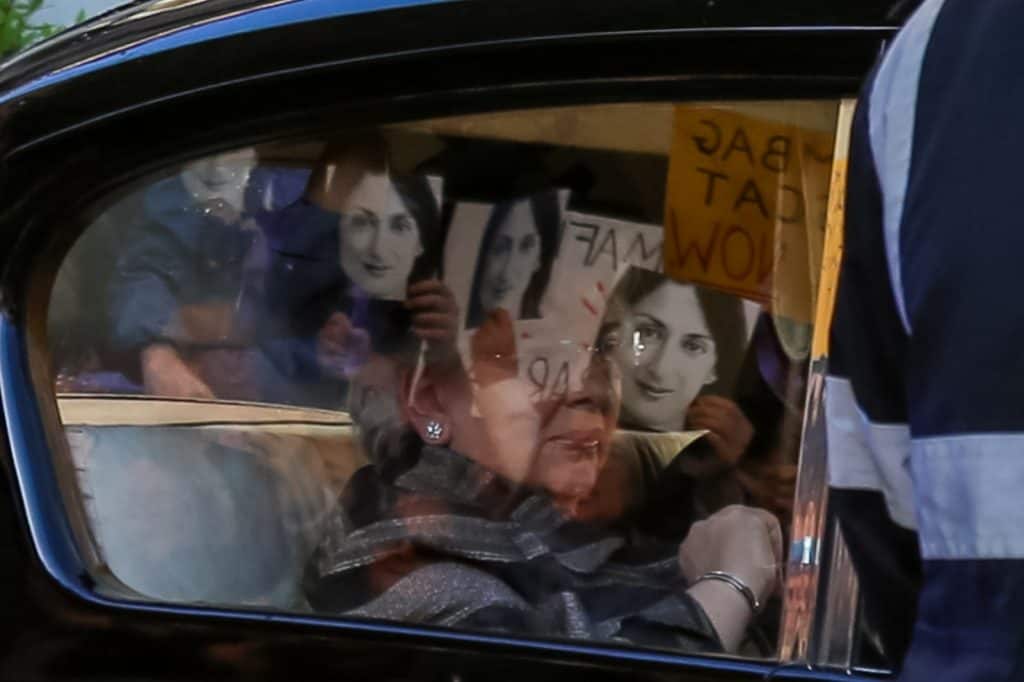 President George Vella made a remarkable speech today. It was free of the sort of obtuse obliviousness that Ministers in his government appear to insist on with the occasional pause to pity themselves about how they have been betrayed and how they aren’t happy Daphne was killed even though she criticised them harshly and she wasn’t a saint and, you know, she was asking for it.

He used words no Owen Bonnici, no Chris Fearne, no Michael Farrugia, no Robert Abela, no one who proposes to rule over us from January onwards has used so far. The president spoke today of “the gang of people who brought shame on our country.” I’m going out on a limb here and assume George Vella is not speaking about the usual ‘traitors’: the Caruana Galizia family, Caroline Muscat, myself and the other sundry ‘enemies of the people’.

The president spoke of a “gang”. It’s his choice of term and it’s in the official statement by his office. They, he said, the gang are the real traitors. After them, we must build the country again.

I will defend the president’s argument that he is unable to interfere directly to order change. There have been learned arguments made by people who unlike me are experts, that said the president should have enough legal initiative to force the prime minister out and get out of parliament’s majority a new one. Personally, I have enormous misgivings about this. Whatever our constitution says or does not say there can be no doubt that the broad intention 45 years ago was to replace the Queen with the President. There was no intention of increasing the powers of the head of state as a result of the change in the method of choosing them.

And I think everyone should agree that the idea of the Queen forcing a British prime minister out for whatever reason, over-ruling the express wish of their parliamentary majority, would be an abomination.

But that doesn’t mean George Vella can cop out. And I would say his speech today shows he intends not to. He does not intend to stay a step behind the rhetoric of government ministers but to use the power of his word to provide leadership where there is none.

George Vella, I think, is seeing that the more time passes the less people — even loyal fans of the Labour Party — are appreciating having been lied to by the political class. If he’s seeing that far, and perhaps not being in the political game anymore helps him, he will also have concluded that the current policy of the Labour Party of glorifying Joseph Muscat during his exit will aggravate the lie. Some people are still clapping. They will be even angrier when the time of reckoning comes.

George Vella sounds like he wants that to stop. There’s more he can do.

He knows that the people being lied to will listen to him. These are people who will have been smarter voters and more informed citizens if they had listened to us before now. Our democracy would not be in such a crisis if tribalism was not exploited by the “gang” to secure and retain power while they ransacked the country.

And those people would have been smarter voters and more informed citizens if they knew what a journalist is really for. If they knew Daphne’s function in society was not to get the Nationalists in power but to inform all citizens of what people in power were up to, they could have benefited from their basic right as citizens of being informed.

These citizens were cheated of the truth by the gang because the gang controlled partisan media. Had they also heard Daphne they would have understood three years ago, not now, what this gang that brought shame to our country was doing.

In her effort to do this, Daphne was killed by this gang that brought shame to our country.

George Vella needs to explain to these citizens that by killing Daphne this gang denied them their democratic and constitutional right to be informed. When they killed Daphne, the assassins were not out to hurt the Nazzjonalisti. When they killed Daphne the assassins were out to hurt them: the followers of the gang, denying them the right to know what they were doing to them. The pain of realising this is crushing.

George Vella is the guardian of the constitution. That doesn’t mean he goose-steps in front of the original signed by Anthony Mamo. It means that he must reach out to the hearts of the confused people out there and tell them what has happened. He must teach them that Daphne was not their enemy. She was their ally, she risked everything so they could learn the truth. And that their real enemies killed her because she was on their side.

On Monday we are holding the 26th monthly vigil in Valletta demanding truth and justice for Daphne Caruana Galizia which for us as for her has always meant justice for Malta. It is time for the president of Malta to lead this people in their grief. It would be painful I know for many people to see him there, from all sides of our old debates. But I cannot think of an alternative beginning for the long road of healing this country needs to walk.

Mr President, Valletta is your city. This is your people. If Malta is not the gang that has put our country to shame — and we know it isn’t — Malta is made of the people in the street calling for truth and justice.

On Monday come light a candle and help us break this greatest ever siege.

Previous:This is the Republic
Next:16th December: Vigil for Truth and Justice