Pro memoria for Joseph Muscat: “Labour cannot revert to its past”

Last time I posted about this was April 2018. It’s time to remind Joseph Muscat of his innocent idealistic youth. 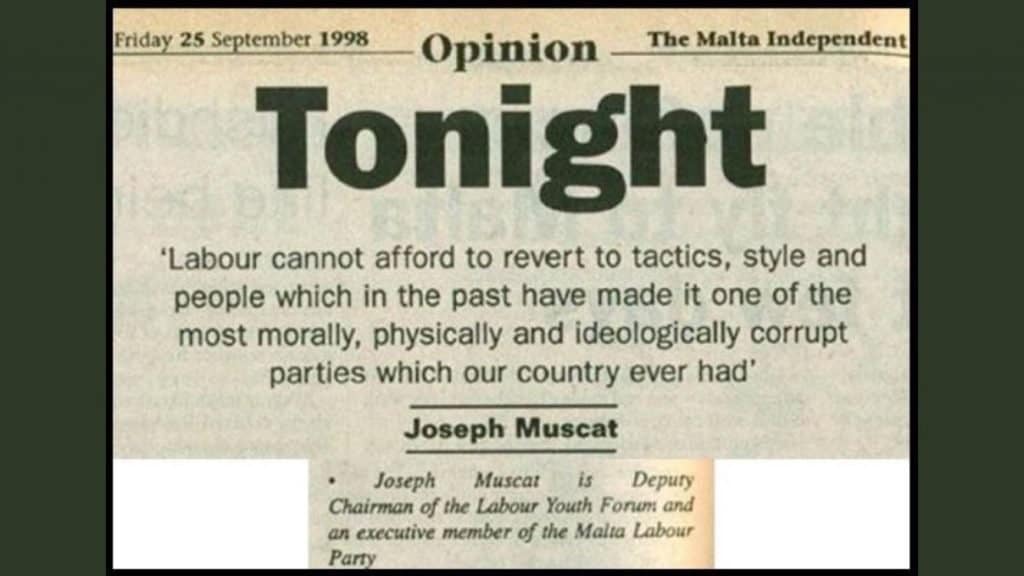 We saw some of those people locking up journalists in Castille. We saw some of that style in his “address to the nation” last night that reminded the older generation of the tension they felt when they heard the national anthem introduce the country’s leaders announcing some fresh outrage. There’s one thing Joseph Muscat can no longer look back to the past for. There is no precedent to the corruption of his government. He makes Dom Mintoff and Karmenu Mifsud Bonnici look good in comparison.

There was a not so subtle threat of retribution against protesters in his speech yesterday. See if we’re scared now. We weren’t scared when you were the kink, Josephallatana and Invictus. You think we’re going to be scared now you’re a disgraced former prime minister squatting in an office you don’t belong in?