Repubblika calls for Muscat to be disinvited from EU Council meeting

This is a letter sent today by Vicki Ann Cremona, president of Repubblika to the President of the European Council Charles Michel. 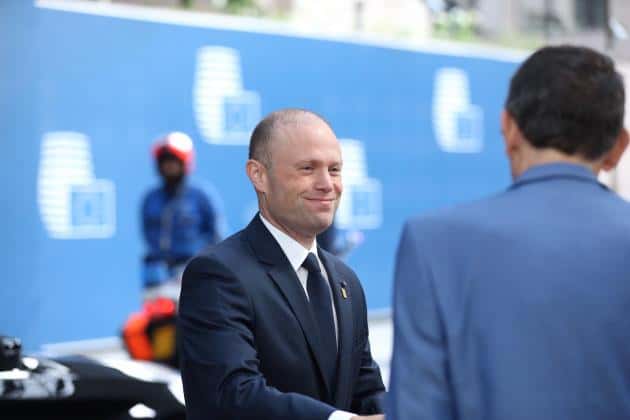 HE M Charles MICHEL
President of the European Council
Brussels

Re: Presence of Mr Joseph Muscat at the European Council

Repubblika is a civil society organisation that is leading the ongoing campaign in Malta demanding justice for journalist Daphne Caruana Galizia, assassinated by car bomb in October 2017, and also demanding the immediate resignation of Malta’s prime minister Joseph Muscat.

Evidence heard in court or reported in the media but not denied shows that the prime minister’s personal staff engaged directly with persons charged with the murder of Daphne Caruana Galizia and persons who have confessed to their role in the assassination. These include most prominently the prime minister’s former chief of staff who engaged directly with the suspected members of the conspiracy to murder the journalist before and after the murder and before and after their arrest.

No doubt, only a judicial process can establish these facts. However, under universal standards of governance and more specifically in the Maltese context where all investigative agencies report directly to the prime minister, Joseph Muscat’s position as prime minister is untenable and intolerable.

To add insult to injury, given the identity of the person charged as the mastermind of this crime it seems clear that the motive of the assassination was the cover-up of an international bribery and corruption scandal involving kickbacks paid to the same chief of staff in relation to a new power station project that was used by Joseph Muscat as the key electoral platform that propelled him to power in 2013.

As head of government of a Member State, Joseph Muscat is an integral part of the Union’s governance. As a visiting cross-party delegation of MEPs stated recently, Europe’s governance is based on trust which Joseph Muscat has betrayed to an irreparable extent.

We submit that it is unhealthy for the European Council to treat as an equal a prime minister who refuses to leave office when a murder investigation has reached his personal office including the chief of staff he refused to dismiss for three and a half years after Daphne Caruana Galizia discovered he set up secret off-shore companies the week Joseph Muscat first came to office as prime minister.

As Maltese and as Europeans we therefore ask you to consider informing Joseph Muscat that he would not be welcome at the upcoming European Council and that you look forward to working with his replacement.

Previous:Socialist MEP says EU Commission can no longer drag its feet and must act on Malta’s rights violations
Next:GUEST POST: The policy of appeasement