Sometimes we need to push back

There’s a lot we have to put up with just because we step up and campaign for justice. I’m often challenged to justify myself and what I say and why I say it. And often reactions are provoked but these are mere distractions. Consider for example how Jeffrey Pullicino Orlando brands me a chicken for refusing to “debate” him on TVM and insisting last week on a one on one interview instead. I’m not sure if I would ‘beat’ Jeffrey Pullicino Orlando in a debate but I don’t have to. I’m not contesting a seat against him, I’m not in competition with him, I’m not seeking to look smarter than he is.

My job on TV earlier this week was to explain why we think protests are justified not to waste people’s time arguing with Jeffrey Pullicino Orlando about the 2008 Mistra scandal and public transport in 2010. I’m not a gladiator and since I’m not a political candidate or, like him, a functionary of a political party, I don’t have to pretend I can bear to be in the same room as him to have to answer his taunts.

I don’t only have to ignore him. Sometimes on Facebook you see waves of obviously orchestrated campaigns alleging all sorts of weird things. They mostly involve me somehow making millions now or in earlier phases in my life. These look like hired trolls repeating what they’re told to say. The latest one to make the rounds is that I was in business with Yorgen Fenech’s father and made money with him before 2013.

None of these fantasies are pronounced by people I actually know. And I wonder if they know what they’re saying when they say it.

Sometimes though, one has to push back. 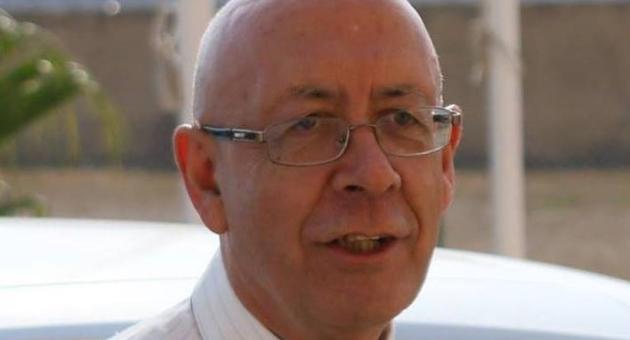 I know John Pisani. For many years he was a Labour Party propagandist. At l-orizzont they call themselves journalists. His son Brandon is now spokesman for the police but that’s neither here nor there. 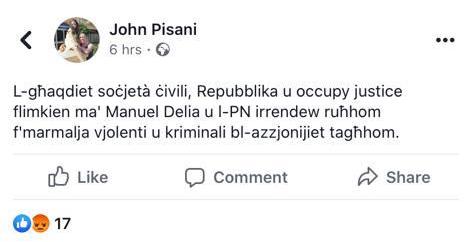 The collective guilt he ascribes to organisations may be vague and indirect. But he identifies me personally and says I am “violent” and “criminal”.

I have opened a libel suit against John Pisani on this. Perhaps that might encourage others to think again before equating peaceful protest with violent crime.