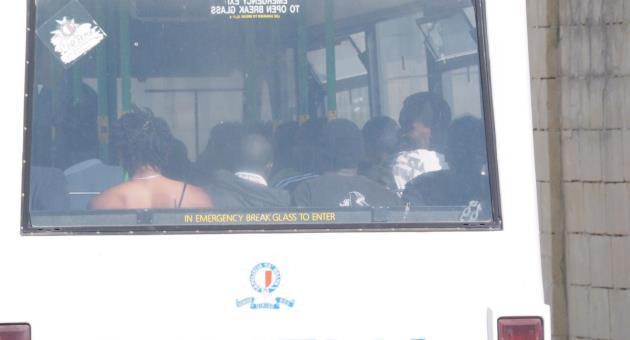 In spite of the invitation I got to visit the prison, the government hasn’t properly addressed my repeated requests made since last November. No journalist is allowed to visit migrant centres, in spite of requests made by so many and so often. What we get instead are reports of degrading conditions and occasional riots blamed on the unruly inmates rather than any other cause.

When I asked Alex Dalli about the 140 migrants imprisoned last October, he implicitly denied hosing them down in the courtyard like heads of cattle. But he did make the reasonable case that any institution tasked to receive 140 persons in one fell swoop has a headache on its hand. A 140 simultaneous check-ins at the Westin would be troublesome. Prison is at least as complicated.

Though smelly from neglect, confused about the proceedings they had just undergone, angry and frustrated by the futility of their protest about conditions in Ħal Far, Alex Dalli told me the 140 inmates he got from Ħal Far were “the lowest of the lowest risk” for his staff and for other prisoners.

“They’re not criminals,” he told me. Theirs was mostly a misfortune. They were victims, even.

If anything, that is another argument for the need to properly assess the way our justice and security system is handling people who are not criminals, pose no risks to others and who are effectively victims.

Imprisonment or detention in inhuman conditions is the worst way to do this. People whose dignity is taken away without any cause or justification, without them having actually done anything wrong, can only be expected to react, as is their right.

It therefore is imperative that we, the public, have a clear idea of the real conditions migrants are being kept in. The weird experience of my “visit” to the prison does not fill me with hope. I’m no fool. The government will hide whatever might cause it embarrassment. There are many Division 6’s hidden in the administration’s cupboard where, as President George Vella recently put it, the public interest is better served by being kept in the dark than meeting the public’s interest of being informed.

That’s no reason to stop trying.