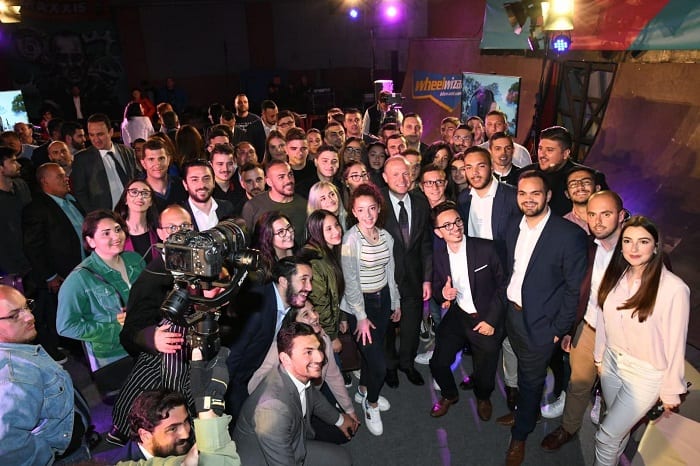 I’m square. I never tried a joint. Not like Adrian Delia never. Properly never. All I need is another vice, but with all that’s going on in this country I don’t blame the Labour youth branch to make a plea for a little laughing grass.

I’m sure Joseph Muscat would look innocent walking out of the police headquarters — or is that Willy Wonka’s factory? — seen through the smoke rising from sizzling Aloe Vera.

Every time Labour wants to hide what it’s doing it throws at us some new “civil right” some stiff somewhere is likely to object to and create a little convenient controversy. There’s no better distraction than a pointless crusade.

The technique is wearing a bit thin though and recreational righteous bush washed down with a White Russian for breakfast isn’t going to make the shit smell any nicer.

How about the Labour Party youth forum takes a cold shower (an earlier draft of that said ‘golden shower’, but I’ve since stubbed out the cabbage), brushes its teeth, opens the windows to let some fresh air in and start campaigning to clean up the corruption that the previous generation had set in.

James Debono put it a bit more soberly. No cryptonite in sight.

How about insisting that old timers who saw nothing, did nothing and learnt nothing like Edward Scicluna and Evarist Bartolo are sent out to pasture? How about insisting that Joseph Muscat is kicked out of the Labour Party and denied the clan’s protection from prosecution? How about burning some candles outside Keith Schembri’s house saying you would not leave until people in uniform push his head down the back seat of a police car? How about campaigning for justice for Daphne Caruana Galizia and for the protection of journalists holding power to account?

Do that and you’ll have earned your hooch. Until then you shouldn’t be thinking of recreation, let alone recreational krippy, you cynical, goose-stepping careerists you.

Previous:LISTEN: If you’re a Labour MP with knowledge of bribery and money laundering, this one is for you
Next:THE SUNDAY TIMES: Inquiry in a mafia state