Respect to the fallen

On the third anniversary of Daphne’s death we ask how long we must wait for impunity to end and justice to be served. But that’s not just because we thirst to see those responsible paying their dues to the society they have taken so much from. It’s also because we’re looking forward to what comes after.

We look forward to a time when we can start healing. When we share the truth, not fight over how convenient it is for some of us. It is hard to change people’s hearts and minds but symbols play a role. As does leadership. The gestures of people of power and authority give example and help us recognise ourselves a little bit more in each other.

We ask ourselves when killers will be sentenced and sent to serve their sentences, when masterminds pay the price they deserve, when those who looked away and those who betrayed this country so egregiously leave politics to watch this nation heal the wounds they inflicted on it.

But we also ask ourselves when we can live in a country that salutes its fallen, pays tribute to their sacrifice and draws inspiration from their example. 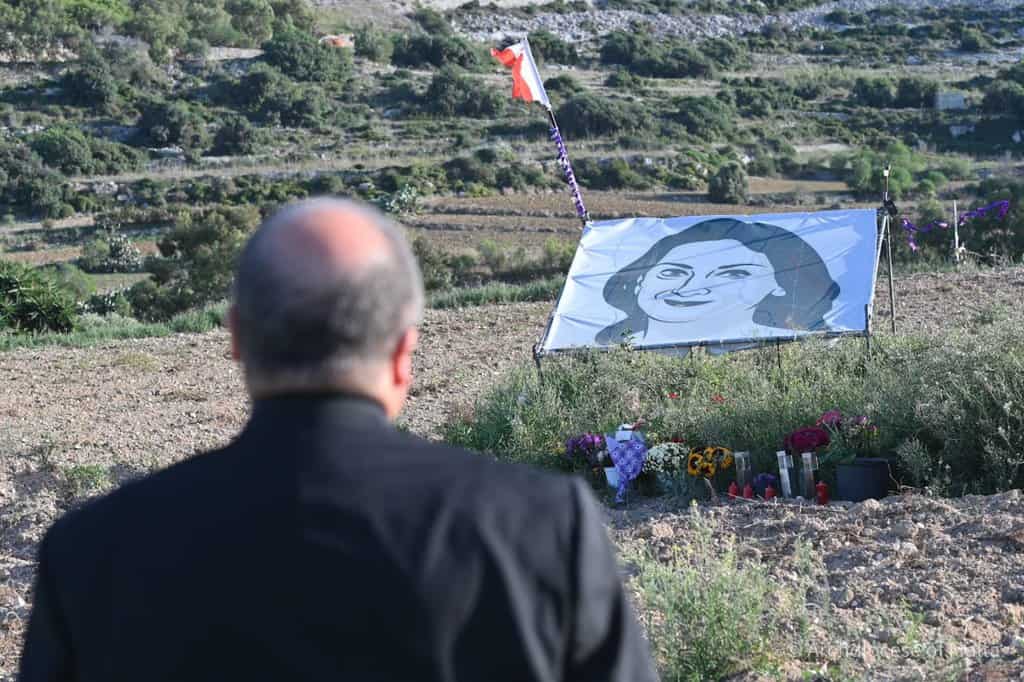 Silently, separately, without fanfare and glare Charles Scicluna and Bernard Grech at different times visited the site where Daphne’s life was extinguished. It is right that they did this because in different way they are incumbents of institutions the country looks to for the right example, to know when to open their minds and their hearts, to seek to learn for themselves and teach their own children.

Our silent prayer at the site of the assassination of Maltese journalist, wife and mother of three, Daphne Caruana Galizia, (+16 October 2017), is a prayer for her, for her loved ones, and for justice in truth. pic.twitter.com/SpPTOi1uba

It will not be an arrival because symbols enough are not alone. But when will our country’s police chief, its attorney general, its chief civil servant, its chief judge, the head of its government, and the person with the job of being himself the symbol of national unity, the president, will lead by example and also quietly and without fanfare, without seeking attention on themselves but rather on the message they convey, they too stand silently for a minute where a hero of our time fell?

Why is this, three years later, still too much to ask? 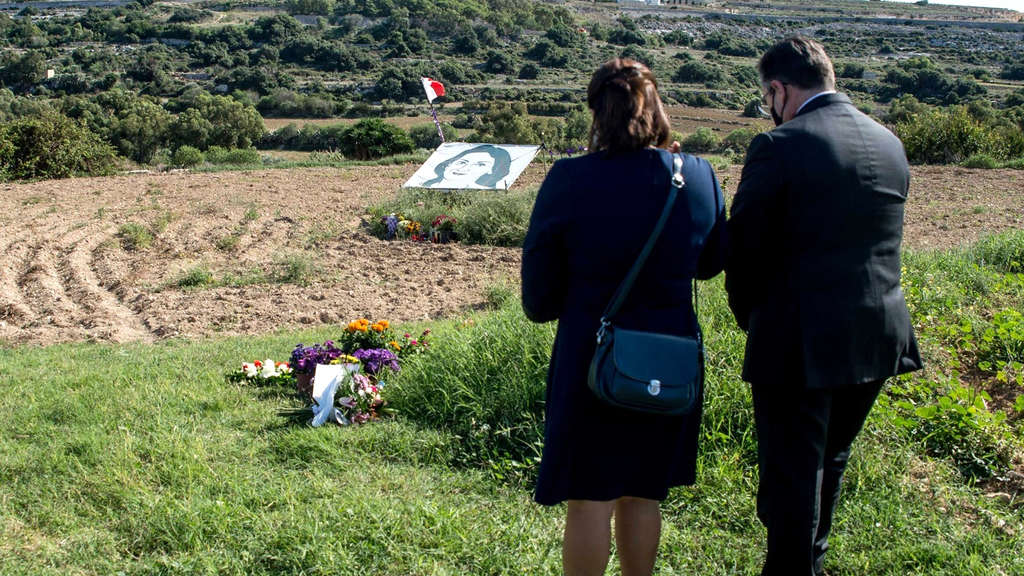