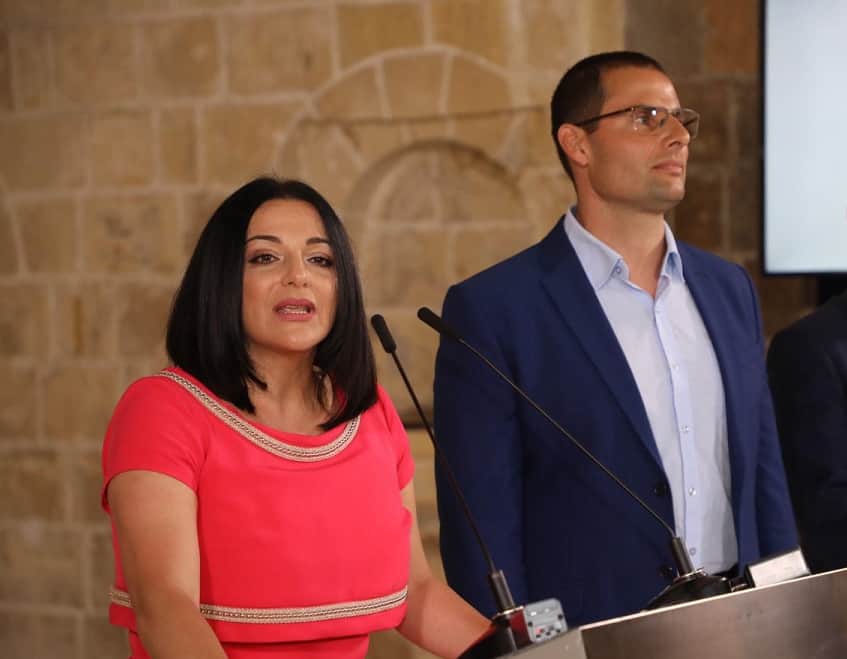 Dawra Durella is a Maltese rhyme which children used to sing whilst dancing in a revolving circle. When the rhyme came to an end they all sat down. It was very popular years ago when cars on the road were sparse, and children used to play outside during most of their free time. They didn’t have iPhones or iPads. They didn’t have PlayStations to play Minecraft, Gang Beasts or Fortnite. They played simple games. They were happier, healthier and not obese or square-eyed.

Prime Minister Robert Abela must have remembered those simple games. He announced a cabinet re-shuffle moving around the same limited choices since only 8 MPs were not already Ministers of Parliamentary Secretaries (including dinosaurs Manuel Mallia and Joe Mizzi). Yet, he still had a go.

I could imagine him looking at the roof and imagining quickly moving the pieces like Elizabeth Harmon in The Queen’s Gambit. The biggest ever Cabinet in the history of Maltese Parliament (17 Ministers and 8 Parliamentary Secretaries) just grew bigger now with 21 Ministers and 6 Parliamentary Secretaries. Malta is a special country. It needs many hands to run it. Boris Johnson, Prime Minister of the United Kingdom has a cabinet of 22. Put that on a scale.

The re-shuffle was needed because of the resignation (read, sacking) of Finance Minister Edward Scicluna, who was not a member of Joseph Muscat’s kitchen cabinet. Scicluna is undergoing a criminal investigation because of his alleged involvement in the corrupt Vitals deal. He will now be Governor of the Central Bank. Imagine that. Robert will now have to see where to place Mario Vella, ex Malta Enterprise.

Justyne Caruana, who resigned because of her husband’s corrupt collusion with criminals was again made a Minister. That will help Robert Abela regain some of Labour’s trust in Gozo, which according to the latest surveys is showing a bit of a shift towards the PN. All three Gozitan MPs are now ministers.

Robert Abela is known for summersaults. Having been Joseph Muscat’s consultant, he chose, after his election to the premiership, Joseph Muscat as his consultant. He sacked Lawrence Cutajar from Police Commissioner but he gave him a €30,000 annual consultancy job, which was later revoked when Cutajar started being investigated for collusion with criminals.

Robert Abela, through the Lands Department and other entities, continued to pay her the salary that Justyne Caruana forfeited when she resigned as Minister. Now she will lose those consultation jobs as she was appointed as Minister of Education. I do not know what changed since she resigned in January. I didn’t hear the news that Silvio Valletta was cleared and will not be charged. But that is the way that Robert Abela works.

All those who failed during Covid-19 were severely punished – except the Prime Minister of course. Julia Farrugia Portelli, after her failure as Minister for Tourism, will be handed another ministry, a new one, for inclusion and quality of life. I am sure that with her experience we will all have a better quality of life, with fireworks, parties and mechanisms included. Owen Bonnici, who breached the Constitution as Minister for Justice and made a mess at the Education Department will now be handed another new Ministry, that of Innovation and Post-Covid Coordination. If he’ll be as successful as he was at Education we have little to look forward to after covid.

Michael Farrugia will be Minister for the Elderly and Active Aging (whatever that means) while Silvio Parnis lost his portfolio after the disaster at old people’s homes during covid. As Miriam Dalli and Clint Caruana were also made ministers, the cabinet will now be made up of 27, more than 80% of all MPs elected in 2017.

A comment I saw on social media said that the promotion of nano portfolios from parliamentary secretaries to ministers is a sign of an overly uncomfortable prime minister, steadily losing control. The comment fits perfectly Robert Abela’s current situation. Again, Robert Abela played musical chairs to the tune ‘here we go round the mulberry bush.’ Shows what state our country is in.

Previous:Hurry Up and Kill Her (Part 3)
Next:Slaughter of the imbeciles