Slaughter of the imbeciles 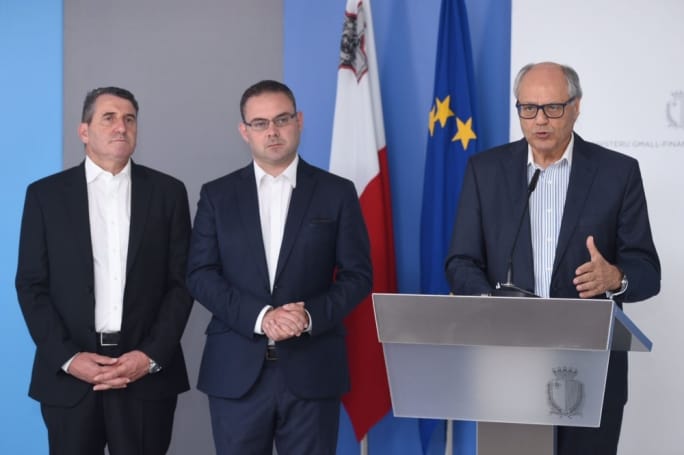 Robert Abela’s reshuffle last weekend was a bit like the end of a football season. There’s drama at the top as Miriam Dalli and Clyde Caruana were brought in to jump over the heads of all the Joseph Muscat veterans. But the real fun is in the relegation space at the bottom of the league table.

The first one out was Edward Scicluna. There was no way he could have survived another reshuffle. Like Moses within sight of the promised land, he said he felt he could now retire. But, to mix metaphors, he was being chained to a rock, bound for the nibbling of eagles. It’s not that Edward Scicluna is superannuated. Geriatrics had nothing to do with the decision to kick him out. He testified in an open tribunal about the existence of a kitchen cabinet under Joseph Muscat, absolving himself of the disastrous and corrupt decisions taken when he was Finance Minister. No one can survive that level of political treachery unless they’re Evarist Bartolo who still enjoys too much influence in the rank and file of the Labour Party to be dragged up the scaffold.

Then there’s Silvio Parnis. Even the average Labour Party supporter is embarrassed by his congenital asininity. He hasn’t been fired because he sent vacuum wrapped slices of roly-poly cakes to the elderly trapped inside their rooms in old people’s homes during covid. If that was an offence punishable by dismissal, that other senior-citizen poisoner, Clint Camilleri, would also have been thrown overboard. It’s likely more because Silvio Parnis was so nonplussed by the covid crisis in old people’s homes that Robert Abela needed his flesh to feed the angry, grieving Labourites whose parents and grandparents lost their life as a result of his incompetence.

Julia Farrugia Portelli has been moved to a ministry where the BBC will never need to call for an interview. Labour supporters scream blue murder whenever a government critic appears on the international media “to speak against Malta”. But when Julia Farrugia Portelli did that car-crash of an interview people as yet untouched by the graces of the English language were astounded by her maundering lip-smacking. ‘Welcome to Malta’, said the unimaginative poster she held up when the first tourists flew in July, bringing in rapid doses of covid-19 with which to infect the entire community. ‘Watch our fireworks and finish off our sick.’ Out she went.

The prince of imbeciles, of course, is Owen Bonnici, the shortest-lived education minister since King Carnival was appointed interim chief teacher for a weekend just for kicks. Anyone who’s ever had a conversation with the man will tell you he couldn’t teach anyone which side to lick a stamp. He was an oblivious justice minister so it surprised no one that he turned out to be an equally oblivious education minister. The man who thought it was a good idea to remove flowers and candles from Daphne’s protest site in Valletta every day is incapable of having good ideas. And good ideas is what we needed in the midst of the covid crisis. The consequences of this man’s deranged cretinism will be that an entire generation of children will be ever so slightly less smart than they would have been, had he never been made education minister.

He has been transferred to a new ministry with the responsibility to plan for what happens when covid-19 is over which must mean that the government thinks it will never be. Otherwise, if Owen Bonnici’s conduct during his record 9 months as education minister is anything to go by, the grand plan will be to squeeze our eyes shut, hope for the best and leap in the dark. There’s no horror that can’t be neutralised by mindless and utterly unjustified optimism.

Edward Scicluna, Silvio Parnis, Julia Farrugia Portelli and Owen Bonnici are the big league soccer of moribund, insipid, ineffectual, diaphanous uselessness. They’re so pointless that even the permanently underwhelming Labour government sought to demote them, dismiss them, corner them, or neutralise them. They were put in places where the government hopes they can’t cause more harm.

Two ministries were created from scratch to give designations to Julia Farrugia Portelli and Owen Bonnici. By the time someone at the Cabinet Office bothers to define their terms of reference, create civil service departments around them, imagine and agree on what they should be doing and hire a local sherpa to help them find their way to the executive bathroom at their new office, the Labour Party will be in full campaign mode. In other words, we’re just paying them a salary for nothing which is marginally better than paying them a salary to make our children stupid and import disease on an industrial scale.

Edward Scicluna was made Governor of the Central Bank. The fact that the position was defined by Edward Scicluna himself as ‘retirement’ does not bode well. He wasn’t exactly electrifying in the finance ministry. The Central Bank will be like death row with a chauffer-driven limo and business class travel to Frankfurt to avoid meetings where the integrity of Malta’s banks is discussed with someone who hasn’t been inside one for years.

Silvio Parnis was so expandable that even in a Cabinet that can find space for the bumbling Deo Debattista, the hollow Rosianne Cutajar, the car-washing Silvio Schembri, the flummoxed Roderick Galdes, the over-employed Edward Zammit Lewis and the gluttonous Jose’ Herrera, to name a few, cannot find space for him. He’s been fired from a group of ministers anyone with moderate and average intelligence would avoid being seen in the company of.

But there is one imbecile still in the job. Robert Abela who inherited Edward Scicluna and Silvio Parnis but actually appointed Julia Farrugia Portelli and Owen Bonnici to the position he’s just fired them from. He hired them all of 9 months ago and has now had to fire them in disgrace. That looks bad on them. But it looks bad on the boss who hired them too.

Julia Farrugia Portelli and Owen Bonnici did not know the first thing about managing their departments in a covid crisis. But if that’s a failing that deserves dismissal, or at best a humiliating lateral transfer, Robert Abela should move out of the Ministry for the Slaughter of the Imbeciles for sheer conflict of interest.

Previous:GUEST POST: The mulberry bush
Next:Hurry Up and Kill Her (Part 4)