GUEST POST: Trapped by the rules of the game

Filed by someone who calls himself Hephaestus. 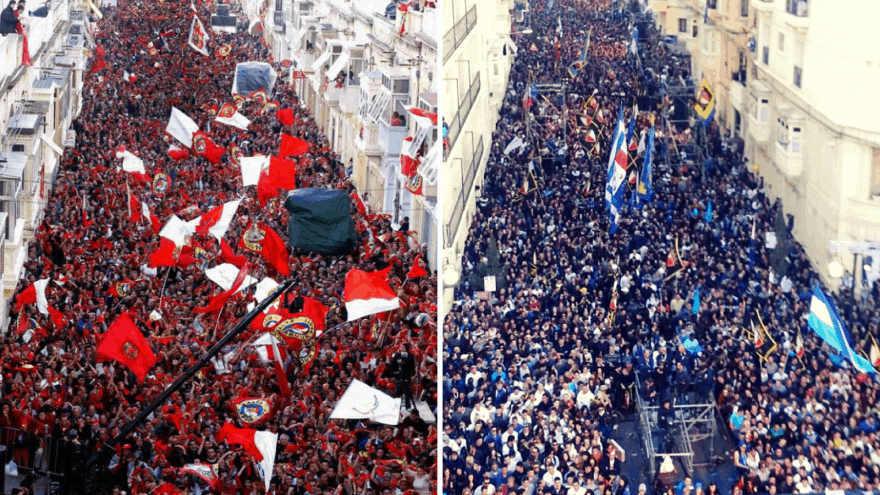 This article is addressed to anyone who dreams of a better Malta during their lifetime.

For some time now, I have had this nagging feeling that something is fundamentally wrong with our collective attempt as a nation to truly turn the page and decisively shift away from decades of crime, corruption and nepotism that reached unprecedented heights under the Muscat administration.

Thanks to Daphne Caruana Galizia, who paid the ultimate price for her unrelenting pursuit of truth, and the rigorous work of civil society and the independent media, the rot at the heart of our institutions was exposed. People in key positions resigned. Masterminds and executors of crime were taken to court. Although there are those trying to retain a measure of control over proceedings, the rolling cascade of revelations and their legal or political repercussions cannot be fully contained.

However, where do we go from here? How can we truly turn a new page and make sure none of this nonsense ever happens again?

This is where that nagging feeling comes from – the sentiment that true and lasting change is an almost insurmountable task for reasons that I could not quite put my fingers on. I also feel politically orphaned as both PL and PN consider votes as a measure of success. I do not give a toss about what is popular. I care about what is right. And nobody seems to get it.

The recent survey by Malta Today and the reactions spawning from it helped to elucidate my feelings.

I feel trapped by the rules that govern the Maltese political and electoral system. To do what is right, you first must win a popularity contest under the rules of the game, however flawed they may be. And our system is indeed very flawed: an open invitation to nepotism and the currying of favours.

To win, you must put together a polished and expensive campaign, with the right people and organisation behind it. This costs money. Money that political parties do not possess and must obtain from donations. Big donations are only possible if there is an implied, even if implicit, promise of future recompense.

To win, you must curry favour with constituents. Promises of employment, contracts, permits and other types of quid pro quos. Someone will do it, so everyone will.

To win, you must play the single transferable vote system at street level because of our thirteen electoral districts and no national quota. Each district still holds what is effectively a distinct mini-election. Proportional representation in parliament is an indirect and sometimes imperfect consequence of the system, not its directly intended goal, although this was improved in recent reforms. It is nigh impossible for a single candidate (say, a candidate from a third party) to be elected unless he or she wins sufficient votes in one district. In electoral terms, his or her nationwide popularity is irrelevant.

To win, you must not be a one-issue champion, even if that issue is so important that it should dwarf anything else under the sun. You must present a well-rounded manifesto that addresses bread and butter issues and generates mass appeal to the general population as well as to one-issue voting blocs such as hunters and property developers. In other words, compromises must be made to please everyone without infuriating anyone.

All this has led to our current situation that sees political parties and other emerging movements stuck between a rock and a hard place.

The Partit Laburista is walking a tight rope, finding a balance between improving its battered image on one hand, and avoiding a complete denunciation of the Muscat administration on the other. Whether anyone likes it or not, Muscat and his policies were incredibly popular and the source of massive consecutive electoral victories for the PL. Keeping Muscat firmly in the ‘Asset’ column of the PL political balance sheet is electorally important, despite all the liabilities associated with him and his close associates.

The Partit Nazzjonalista is in an inverse but fundamentally similar situation. Having freed itself from the post-2017 knee jerk reaction embodied in Adrian Delia, the PN now has a credible leadership that was successful in reconsolidating its base. The reasons for this are straightforward: Bernard Grech is a more appealing and politically sound individual and has far better anti-corruption credentials. However, the PN is failing to attract new voters unless it can improve its political game, present itself as an alternative government and start chipping away at Labour’s lead. This is a daunting task, but it may also lead the PN to stop playing the “broken record” and put less emphasis on the fight against corruption and the urgent need for wholesale constitutional reform.

This situation infuriates me. What I really wish for is for wide-ranging non-partisan constitutional reforms to our political system that fix our democracy first, rather than depending on the current flawed system to somehow spawn a solution that is unlikely to materialise. Smaller political parties or movements are stuck in a very difficult place. Their participation would be most effective not in elections, but as voices of reason and non-partisanship at an effective constitutional reform.

We are expecting that a major party wins under the rules of the game, and then, once there, changes those very same rules that put them in power in the first place. The cart before the horse. History proves that such occurrences are very rare.

The structural reforms required are obvious to anyone with a modicum of common sense. Our executive branch is too powerful, as it concurrently constitutes the front bench of our legislative branch and has significant influence over the judiciary branch. Opposition and backbench parliamentarians are under-resourced and underpaid. Our electoral system penalises small parties and does not have national quotas. Political parties are not state-funded and rely on private donations as if paying for a properly functioning democracy would not provide a benefit to society. The police force and the attorney general answer entirely to the executive branch. Our national broadcasting service is not editorially independent. We do not have fixed parliamentary terms and the calling of an election is entirely the prerogative of the prime minister of the day. We do not have an upper house, either. The Prime Minister inherited broad executive powers similar to the Governor-General before him, and the Grand Master before that. The list of structural deficiencies continues much further than that.

Our political system does not have inherent built-in checks and balances. Instead, it relies on individuals to exert their powers responsibly and for the benefit of all. Our constitution was written by gentlemen, for gentlemen. But we now know what happens when crooks are elected instead, even those with a very great majority behind them.

The improvement of our nation’s democracy should have absolutely nothing to do with popularity.

I feel trapped by the rules of the game, although I remain hopeful that wholesale constitutional progress can and should occur as the stark realities of institutional crime continue to unfold before our eyes.

Previous:We don’t do it for the thanks
Next:The heat is still on Chris Cardona