The man who wanted to see his mother 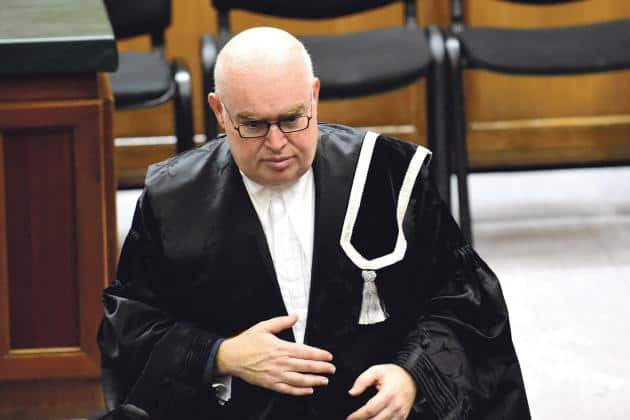 A man was desperate to travel to visit his elderly mother. Travelling is not easy these days. He needed a covid certificate and he could not find a clinic open on Sunday in time to get a result before travelling. He thought he would get away with changing some information on an old certificate he had.

Sharp eyes at the airport spotted the certificate had been fiddled with. They checked with the clinic and they confirmed the certificate was false. They denied him boarding. The authorities had him tested to make sure he wasn’t carrying covid. He wasn’t. The police arrested him. All this happened on Sunday.

Monday, yesterday, the police arraigned the man to answer for charges related to the presentation of a fake medical certificate. All’s well so far. The airport checkers did their job. The police did their job. Whatever the man’s reasons, there have to be consequences for this sort of thing.

Yesterday the man who is not visiting his mother was brought in front of Magistrate Joe Mifsud to commence proceedings. Eventually, the evidence against him will be presented in court and a decision will be taken after the accused has had the opportunity to present his defence.

At yesterday’s initial hearing, the question of bail came up. The defendant is a manager that has worked in Malta since 2014. He has a stable relationship in Malta and this country is his home. The prosecution’s evidence amounted to the document which was already in their possession and the hospital which has already told the police they didn’t do the test. There is no suggestion the accused could be interested in running away from the country or manipulate the evidence before it is presented in court.

In other words, there’s no reason why he should stay behind bars to wait for the case against him to be heard.

He was still denied bail. Speaking from his tall chair, Joe Mifsud said a number of things that Times of Malta tactfully reported between quotes. It’s their polite but implicit way of telling readers they’d better believe what they’re reading.

This was a “serious case”, the magistrate said. The ultimate non sequitur. “The whole island was under siege because of the pandemic,” he said. Is it? “The court would not allow anyone to endanger public health,” he thundered.

Is anyone asking the court to do that? The accused is covid negative and is no danger to public health. Certainly, he stands accused of falsifying a covid certificate but he still needs to be tried for something that has already happened, not something he might do between now and when the case is heard. What danger to public health does denying him bail avoid?

“Such cases of fake certificates were becoming rather frequent,” the magistrate observed. Are they? Is there a basis for that claim? And is the accused responsible for all of those fake certificates or just the one he was carrying? Again, how does denying him bail prevent other fake certificates from becoming more frequent? Is the denial of bail a deterrent? If yes, then by implication the denial of bail is being handed down as a punishment, which it should not be because until a conviction is secured the accused is still presumed innocent. No punishment is appropriate before that point.

Joe Mifsud stresses that “the court would adopt a no-tolerance approach and would hand down an effective jail term in case of a guilty plea”. Good on the magistrate. But how is that relevant at this stage? Is bail granted on the basis of the court’s intolerance of a crime, irrespective of whether it has actually been committed?

“We are in this situation because certain people did not follow rules,” Joe Mifsud said with a flourish. He’s not wrong. Someone in that courtroom was making it up as he went along. And I don’t mean the accused.

Everyone is presumed innocent until proven guilty, right? Unless they’re called Muhammet Mustafa Aslan in which case we can let lose discourse like “under siege” and “no tolerance”. So transparent.