The Foundation said this morning that “new information suggests that payments transferred to 17 Black’s account at Noor Bank in Dubai originate from the “Azerbaijani Laundromat,” a network of shell companies used to embezzle public funds out of Azerbaijan and pay bribes around the world.”

The Foundation referred to news that the UK’s National Crime Agency settled its prosecution for money laundering against Izzat Javadova, a cousin of Azerbaijan’s ruler Ilham Aliyev, and her husband Suleyman Javadov, son of Azerbaijan’s former deputy energy minister. As part of the settlement, the NCA seized £4 million the couple received from Azerbaijani Laundromat shell companies.

The Daphne Caruana Galizia Foundation obtained a registry ﬁling of one of the shell companies cited in the NCA’s case. The ﬁling for Hong Kong company Ago Limited, which the Foundation published today, states that, from 2015 onwards, the entity was owned, on paper, by Azeri national Rufat Baratzada, a security guard at a construction site in Baku.

Baratzada’s details on Ago Limited’s ﬁling are identical to those on ﬁlings of Mayor Trans Ltd, a Seychelles shell company that sent €1.4 million from its account at ABLV Bank in Latvia to 17 Black’s account at Noor Bank in Dubai, held in Yorgen Fenech’s name.

The Daphne Caruana Galizia Foundation concluded that “the mechanisms, facilitators, and frontman involved in the payments to the Javadovs in the UK case are the same as those involved in the payments to 17 Black. This warrants further investigation into whether 17 Black, ﬁrst identiﬁed by Daphne Caruana Galizia, was a bridge between the Azerbaijani Laundromat and high-level oﬃcials in Malta.” 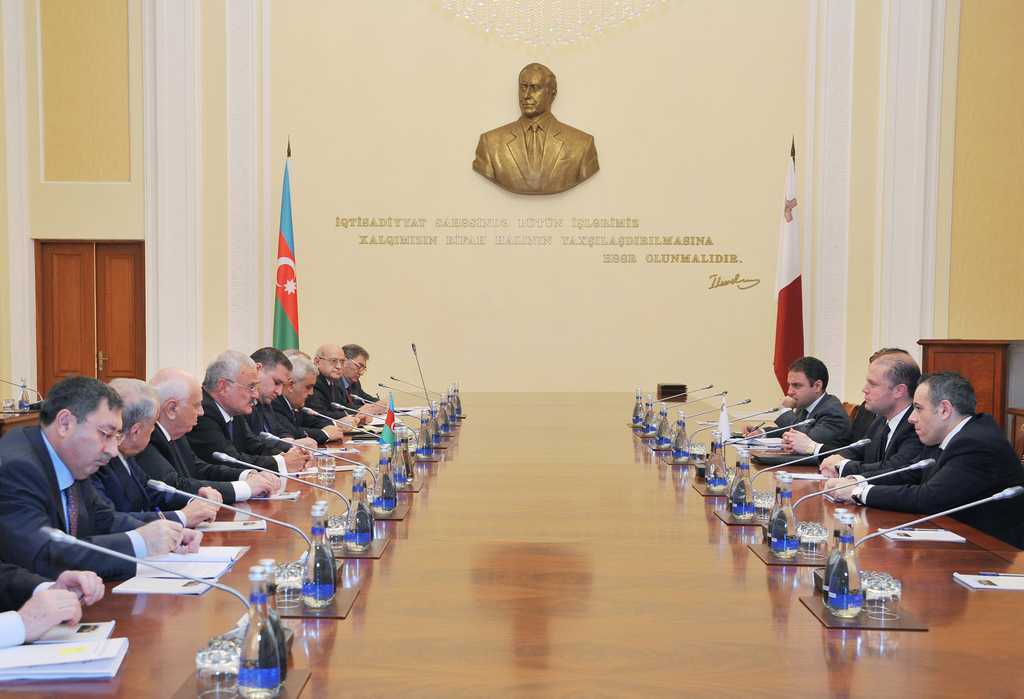 17 Black was identified as a “target client” by Nexia BT in a briefing to Mossack Fonseca about how Panama companies owned by Keith Schembri and Konrad Mizzi were expecting to make some $2 million in a year from unexplained sources.

The two, pictured above with Joseph Muscat and then government spokesman Kurt Farrugia (who now runs Malta’s FDI agency Malta Enterprise), met Ilham Aliyev and his apparatchiks in 2014 and 2015 in meetings where no press or civil servants were included.

The meetings were followed by the signing of Enemalta’s contract with Electrogas, one-third owned by Azerbaijan’s state-owned SOCAR and another third owned by a Maltese conglomerate headed by Yorgen Fenech. Yorgen Fenech was later outed as the owner of 17 Black. He is awaiting trial for the murder of Daphne Caruana Galizia, the journalist who exposed the imbroglio.

Previous:If you happen to be in Valletta at around 6 pm today …
Next:Rosianne’s friends