Sent in by someone who calls themselves Nimrod.

Is anyone impressed by the shiny but lame recent campaign by the Partit Nazzjonalista to convince the electorate that they DO have a vision for Malta, they DO have a message, and they DO want the best for us all because bless them, they have full confidence in Malta and the party believes in the people, or whatever.

What a warm and fuzzy feeling! Who watched the Zoom launch on steroids of the campaign? Me neither.

Who saw the photo of Bernard Grech with the businessman Joseph Portelli gurning for the cameras recently? A lot of people. 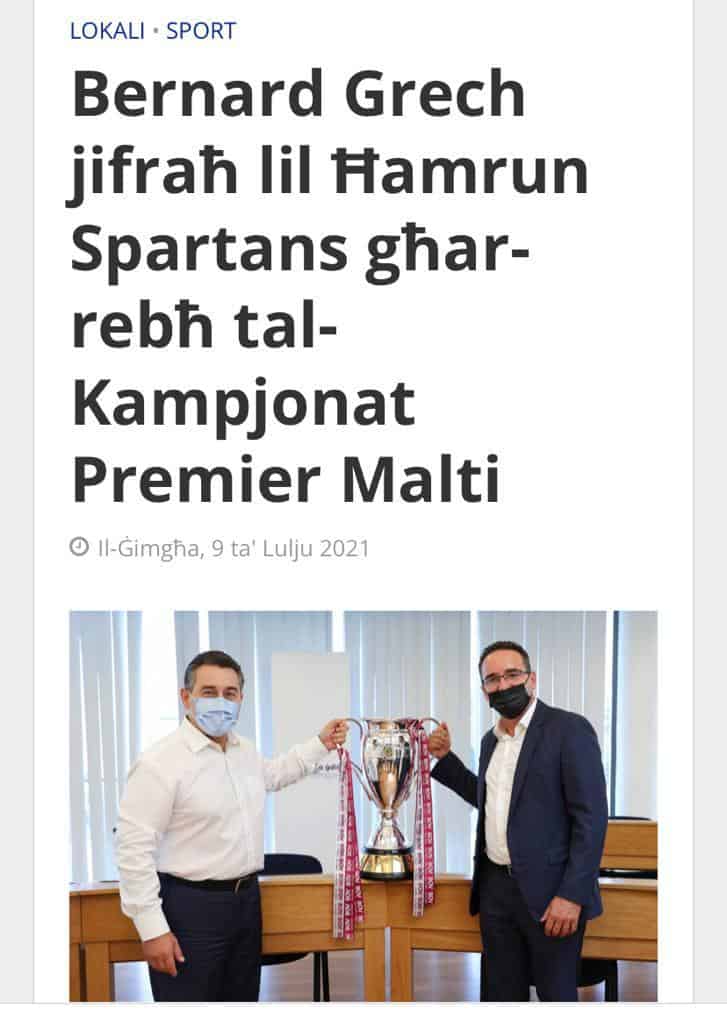 Who felt sick to their stomachs with yet another confirmation that this country is really well on its way to hell in a handbasket? Most people.

Fiduċja f’Malta. Nemmnu fikom or whatever, indeed! How can Bernard Grech promote this with a straight face when he poses with one of the men who is progressively destroying our country with his greed? How can Bernard Grech be caught with this man, let alone actively seek his company, after news has got out that Portelli is behind the destruction of one of the most picturesque valleys on these islands? Maybe when the cranes and the bulldozers start tearing into Marsalforn Valley, Bernard Grech can beg for another photo op with Portelli and caption it: ‘Fiduċja fik, Joseph Portelli. Nemmen fik.’

Bernard Grech, we can’t stop asking: what are you opposing exactly? Where are you leading the Opposition? Further into irrelevance? We don’t need a Labour Party Lite. We don’t need another leader who sucks up to big business. Nationalist voters are picky. We just don’t vote for anyone just because they are PN. The latest survey is testament to that. The new PN strategist told us that ‘It’s time to forgive the PN’ in a recent article on The Times. For past sins, he means. Sure, what about the present sins? Why aren’t you standing up to corruption, Bernard Grech? Why do you refuse to even say the word? What do you stand for, really?  Can you tell us? What are your values? What do you fight for exactly? Your own little corner of populism? Sadly, you are a Delia variant, less toxic, but not less destructive.

Another thing. This month you chose to make an appearance at the monthly vigil for Daphne. Now, I am not one who goes to each and every one but I try to make an appearance when I can. This reminded me of the only time you gave a speech at the monument. Was it just before you announced your run for leader of the PN? Hmmmm… This month you turned up at the vigil…hekk qallek tagħmel, Peregin? But isn’t it cheeky that you showed up to score cheap points when you don’t even fight for any of the stories that Daphne Caruana Galizia uncovered and was killed for?

A few weeks ago a cheap academic who thinks he’s the dog’s bollocks, accused Repubblika of working with the PN to bring down the government or something. Never laughed so hard in my life. You? Working against the government? But you’re such an asset to Robert Abela!

And this photo with Joseph Portelli proves it.