Reading trolls’ comments underneath one of the news reports covering the interview I gave Jon Mallia shows that the mafia’s effort to convince the country it does not exist is entirely successful. Typically these are Laburisti with offended sensibilities that think the moniker “mafia” is a garden variety insult, a purely partisan cat call.

So these trolls revert with the schoolyard retort of last resort: “mafja missierek”. They recall some accusation fielded at the Nationalists when they ran the country before 2013 and say that was the mafia, not anything happening now.

You read those comments and you know we’re as far from commencing the push back against mafia infiltration as we’ve ever been. Too many people hail Joseph Muscat as a hero, too many recall his days as the halcyon days, too many still think of the years since 2013 as l-aqwa żmien.

It is far from a new disease. Organised crime thrives on the back of the rest of the community’s failure to recognise it when they see it. People think it’s business, it’s politics, it’s local culture, it’s informal social solidarity, it’s charity, it’s progress, it’s industry, and construction, and a little harmless gambling, it’s tourism, and restaurants and hotels and casinos, it’s lawyers and accountants and architects, it’s mayors and MPs and Ministers, it’s banks and profits and being smart, it’s priests and convents and orphanages, it’s planning permits and government jobs. It’s all those things but it’s not mafia.

And before you know it the country is transformed and ruined. It’s a bit how a commenter described it beneath a fluff piece on the UK’s The Times trying to sell to people the idea of buying property in Malta. 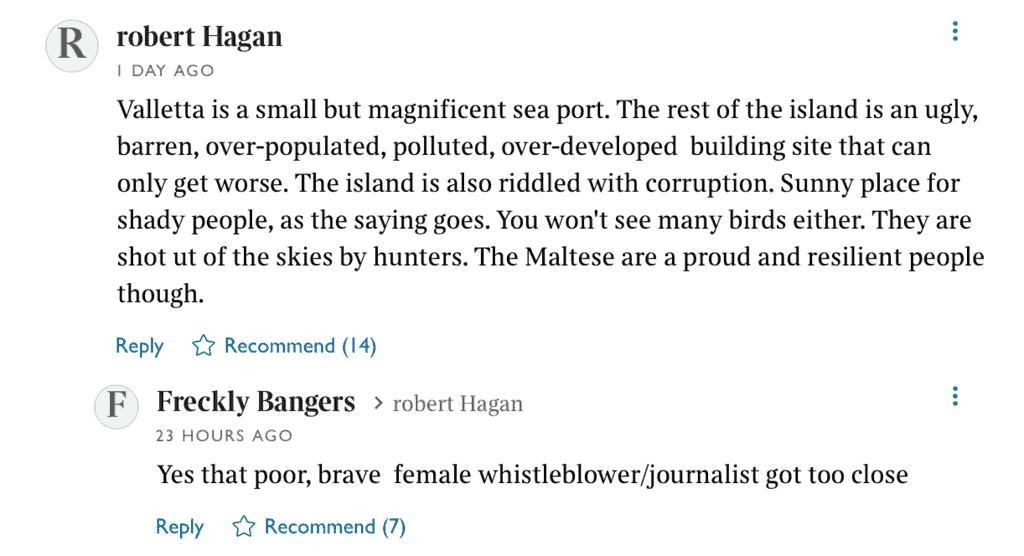 Read this article that appeared in yesterday’s The Guardian by Roberto Saviano and Lorenzo Tondo about the construction disasters that scar the south of Italy and Sicily. The opening line, naturally, is chilling. If you want to see what the mafia looks like, visit the dull, grey apartment blocks in the desolate neighbourhoods of Palermo.

If it helps you put that in the local context, you may want to revisit a post I wrote here in March 2019. I had called it ‘The sack of Malta’. 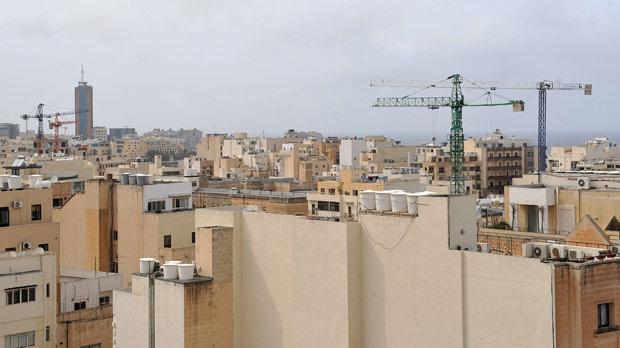